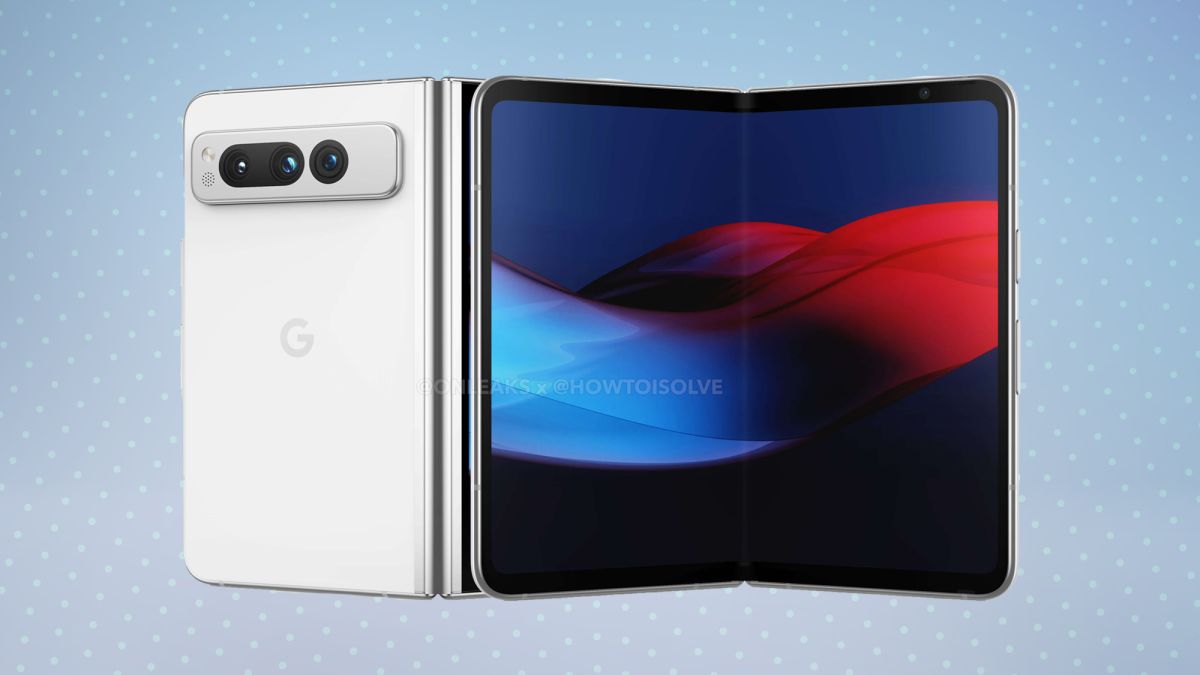 New Google Pixel Fold info and renders, produced by OnLeaks (opens in new tab) and published by Howtoisolve (opens in new tab), provide us with a clear but unofficial glimpse at what Google’s first foldable phone could look like.

It would appear that these renders are based on leaked information seen by OnLeaks, and apparently the foldable Pixel will feature a 7.69-inch inner display and a 5.79-inch outer display, and measure 158.7 x 139.7 x 5.7mm (6.2 x 5.5 x 0.2 inches)  when unfolded, or 8.3mm deep (0.3 inches) if you include the Pixel 7-style shiny metal camera bar. And it’ll apparently be available in either silver or black.

These sizes are similar to a previous leak, but don’t quite line up with another source when it comes to the size of the Pixel Fold’s screens. All these numbers are in the same ballpark, but the discrepancy means we should remain a bit skeptical of all the given dimensions and display sizes for now.

Comparing the latest figures to the Galaxy Z Fold 4, our current king of the best foldable phones, the Pixel Fold would seemingly be almost identically sized. However, there would be a bit of a difference in actual screen sizes, as the Galaxy Z Fold 4 has a 7.6-inch inner screen and a 6.2-inch outer screen. Being smaller on the outside wouldn’t necessarily be a disadvantage for the Pixel Fold though, as the Z Fold’s cover display is quite narrow. A wider display, even if it’s not as large, could prove to be more practical in everyday use.

Looking at other Pixel Fold rumors, there are a number of reasons to be excited for the phone. Primary among those are its three rear cameras, which should produce fantastic photos going by the quality of the Pixel 7 Pro’s shots, even if the Fold uses slightly different sensors. Also, the Pixel Fold should be powered by Google’s Tensor G2 processor, which, while not as powerful as other chips on the market, is tuned to help with Google’s numerous smart features like live translation and photo editing tools like Photo Unblur.

Currently the Pixel Fold looks set for a potential reveal at the annual Google I/O developer conference, though some rumors claim it’ll arrive earlier. Either way, it’s looking like by the middle of 2023, we’ll have the first-ever foldable Pixel, potentially with a Galaxy Z Fold 4-matching price of $1,800.