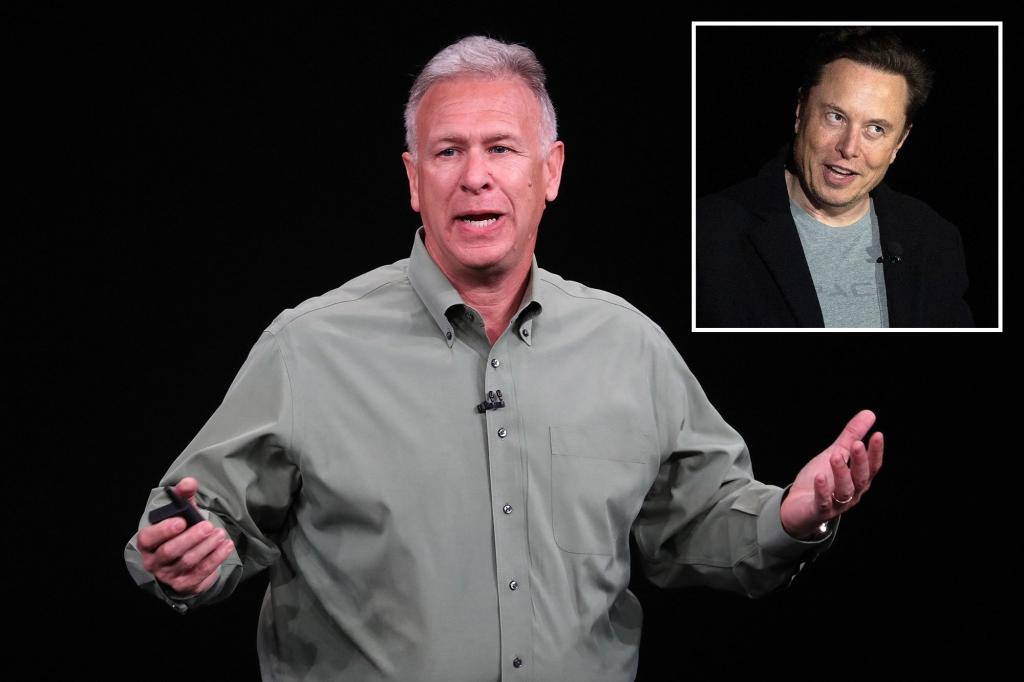 The senior Apple executive who runs the company’s App Store has deleted his Twitter account — fueling speculation that the iPhone maker is growing dissatisfied with Elon Musk’s freewheeling style since taking over the San Francisco-based social media app.

The move by Phil Schiller — the company’s former head of marketing who is currently an Apple Fellow — raised eyebrows among tech reporters and observers given Apple’s enormous clout over the Twitter app’s reach and distribution.

“This is the Twitter account Elon Musk should be worried most about losing,” wrote The Verge reporter Alex Heath.

“If Schiller has soured on how Elon Musk is running Twitter, that is potentially very bad news for Musk.”

“While I expect lots of leeway, there is a real scenario in which Apple/Google remove Twitter because of content moderation issues or because Twitter decides to bypass the 15%-30% cuts,” Gurman tweeted.

“Notably, we appear to now know how Apple’s App Store chief feels about the new Twitter.”

Since Musk assumed control of Twitter a month ago, he has fired more than half of the staff, relaxed content moderation policies, and reinstated the accounts of controversial figures such as former President Donald Trump, rapper Kanye West, author Jordan Peterson and the satirical news site The Babylon Bee.

Twitter’s rollout of its subscription plan whereby users could buy a verified blue check for $8 a month was disastrous as pranksters assumed the identities of well-known celebrities, politicians, and corporations.

Yoel Roth, Twitter’s former head of trust and safety, resigned from the social media company shortly after Musk took over.

In a recent op-ed published by The New York Times, Roth warned that Twitter is at risk of suffering “catastrophic” consequences if it runs afoul of guidelines set out by Google and Apple — the two companies that have cornered the market on smartphones and digital storefronts.

“Failure to adhere to Apple’s and Google’s guidelines would be catastrophic, risking Twitter’s expulsion from their app stores and making it more difficult for billions of potential users to get Twitter’s services,” Roth wrote.

“This gives Apple and Google enormous power to shape the decisions Twitter makes.”

Musk’s overhaul of Twitter has led high-profile celebrities and journalists to declare their intent to leave the site in favor of competitors, including Mastodon.

Several prominent journalists who are opposed to Musk’s relaxed content moderation policies have added their Mastodon screen names to their Twitter handles.

Some, however, are happy to see them migrate away from the site.

“Mastodon seems like a honeytrap for hall-monitor personality types,” Nate Silver, the head of the 538 statistical data news site, tweeted.

“Honestly if Elon gets all the hall monitors to migrate to Mastodon that might be his greatest contribution toward the betterment of humanity.”

Denial of responsibility! Yours Bulletin is an automatic aggregator of the all world’s media. In each content, the hyperlink to the primary source is specified. All trademarks belong to their rightful owners, all materials to their authors. If you are the owner of the content and do not want us to publish your materials, please contact us by email – [email protected]. The content will be deleted within 24 hours.
appAppleelon musktechTwitter
0
Share

How much? ‘Worn out’ £645 Adidas Stan Smith trainers sell out at Balenciaga | Luxury goods sector