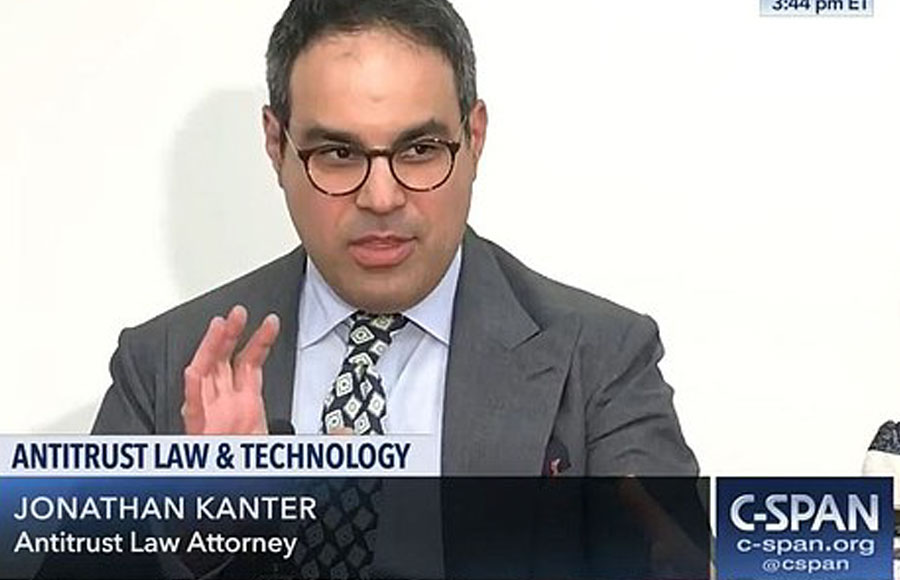 WASHINGTON, D.C. – Mike Davis, Founder and President of the Internet Accountability Project, issued the following statement on Jonathan Kanter, the nominee to lead the Department of Justice’s antitrust division, after his hearing before the Senate Judiciary Committee today.

President Biden hasn’t gotten much right in his first eight months in office. But he’s made an outstanding choice in Jonathan Kanter to lead the Justice Department’s Antitrust Division. Kanter is a highly qualified nominee, as he clearly demonstrated at today’s hearing.

“For more than a decade starting under President Obama, the Federal Trade Commission and the Antitrust Division largely failed to enforce our century-old antitrust laws against Google, Amazon, Facebook, and Apple. Because of this antitrust amnesty, these Big Tech platforms became trillion-dollar monopolists that now enjoy unchecked economic and political power. They are using this power to crush competition, shutter small businesses, and cancel conservatives and others with whom they disagree. There is bipartisan consensus that we must breakup Big Tech.

“Kanter has the necessary legal knowledge, experience, and backbone for this critical post at this critical time. He’s more than capable of tackling all of the antitrust issues that plague our country today, and the Senate should move swiftly to confirm his nomination.”

Lesbian mums forced to overcome towering barriers to have family

ISRO successfully launches PSLV-C53 with three Singapore satellites onboard : The…

Nothing Phone 1 Pre-Orders to Go Live in India…

How to get £5 to spend on Amazon by streaming just…