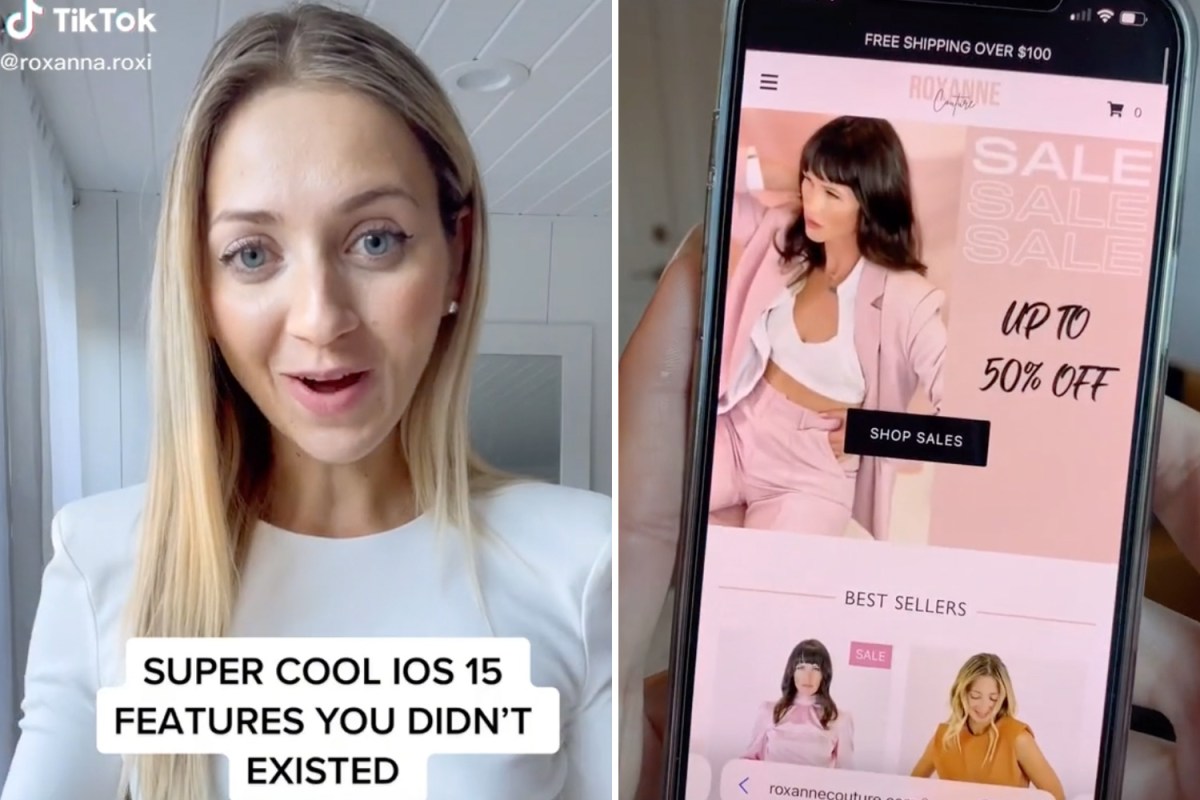 A TIKTOK tech guru has showcased some neat iPhone tricks that you probably didn’t know about.

In a recent post to her 1.1million followers, user @roxanna.roxi highlighted new features added to Safari, iMessage and other apps earlier this year.

They were introduced with the release of iOS 15, the latest major update to the iPhone operating system.

You can update iOS by heading to Settings > General > Software update. Anyone with an iPhone 6S or later can download iOS 15.

Roxanna showed one Safari trick that makes it easier to view all of your open tabs across multiple devices.

Open the iOS app and tap the “tabs” button in the bottom right. The icon looks like two squares laid over the top of one another.

Safari will then show you all of your tabs as a list of pages that you can search through. Simply tap one to open it, or hit the cross in the top right to close it.

The list syncs across all of your Apple devices, meaning you can see tabs open on your Mac, iPhone or iPad in one place.

Among her other must-use tips, Roxanna revealed a way to save time while you are downloading photos.

She explained there was an easy method to move multiple photos at once – rather than dragging them individually.

Simply tap and hold an image on the Photos app or in Google images and then tap a succession of other photos that you want to move.

You can then easily move them around as a group into a folder or other new location of your choosing.

Effectively, whenever you send multiple photos to a mate on iMessage, they group together on the chat screen.

You can scroll through the photos by swiping left or right on the collection.

The TikTok star also showed off Live Text, which allows you to point your iPhone camera at a real-world object and quickly copy and paste text on it onto your handset.

It could help you capture notes on a whiteboard at the end of a meeting or school class, or copy down a handwritten note of a family recipe.

It works through the camera app and utilises high-tech artificial intelligence to recognise and scan text in a variety of lighting conditions.

To use the tool, grab an object with text you want to scan and open the Camera app on your iPhone.

Point the camera at the object and then tap the indicator that appears in the lower right of your display. It looks like lines of text surrounded by a box.

When you tap it, the text jumps out on your display and you’re given the option, to copy, select, looks up, translate or share it.

You can copy and paste it into an email or Note, for instance, or share it with a friend over WhatsApp or Facebook Messenger.

You can also use Live Text on photos already in your photo library.

Simply open a photo in the gallery app and tap and hold on a piece of text in the picture to select and highlight it.