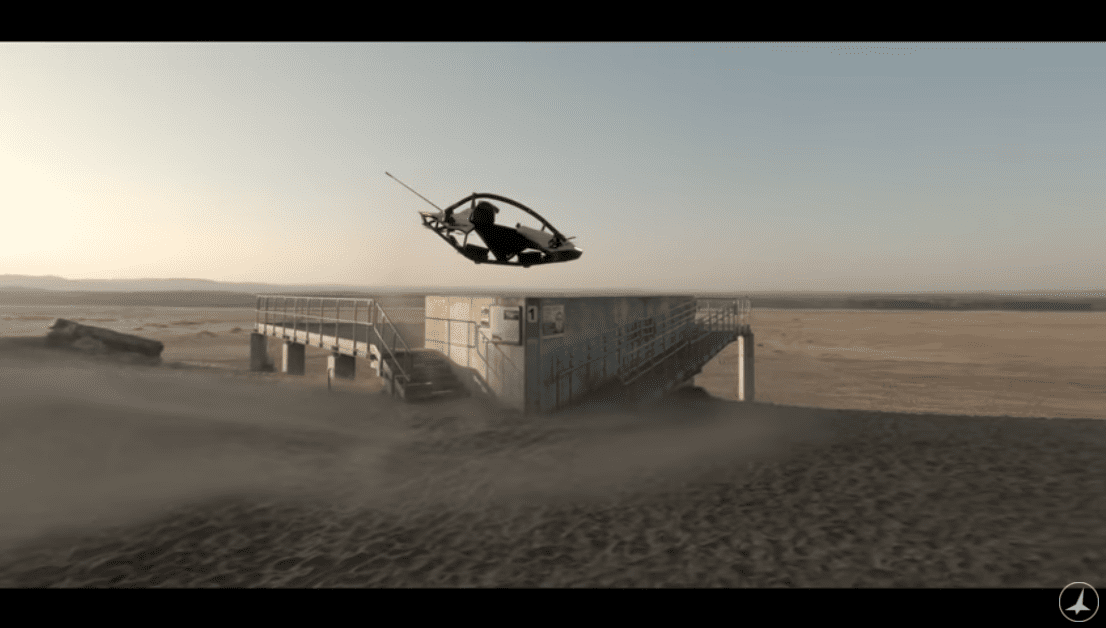 For a price of a luxury electric car, you can now buy a personal electric plane that can take you to as high as 1,500 meters (4,921 feet) in the sky without a pilot license.

For that price, you will get a half assembled kit, which includes an aluminum space frame, motor controllers, propellers and motors, as well as an assembly guide.

Weighing only 40 kilograms (88 pounds) when empty, Jetson One is categorized as an ultralight aircraft in the U.S., which doesn’t require a pilot license to fly.

The single-seat aircraft can carry a passenger weighing up to 90 kilograms (198 pounds). The operator uses a throttle lever, a joystick and pedals to control the aircraft’s movements, while a computer software makes sure that it’s stable during flight. To ensure safety, the vehicle is also equipped with Lidar sensors for terrain tracking and obstacle avoidance and a ballistic parachute that can be deployed in no time in case of a motor failure or battery outage.

Jetson Aero is one of the many startups betting on the growing interest in eVTOLs, or electric vertical takeoff-and-landing vehicles. But compared with most companies in this space that focus on developing large, multi-seat urban air taxis, what Jetson Aero is offering looks more like a toy for hobbyists, which, on the positive side, saves it from a whole lot of complicated regulatory processes.

The Federal Aviation Administration considers ultralights not planes but “vehicles” that are not required to meet the U.S. or foreign airworthiness certification standards.

Ultralights are not new. In the U.S. they have been around since the 1970s. Because ultralights are not required to be registered, it’s unclear how many of them are in use. Per an outdated estimate by the U.S. Ultralight Association, there were about 18,000 ultralights of all types—planes, powered parachutes, paragliders—nationwide as of the late 1990s.

Most ultralights are used for recreational purposes. Under FAA rules, these vehicles cannot be flown over congested areas of a city (So, don’t count on it to help you skip rush hour traffic) or restricted air space, such as airports. They are also not allowed in the sky during night time.

Jetson One is designed to fly at a maximum speed of 63 mph and hover up to 20 minutes on a single charge, making it likely not sufficient for a daily commute just yet.

Jetson Aero plans to manufacture only 12 Jetson One vehicles in 2022. All of them have been sold already, according to the company website, to buyers in the U.S., Europe and Brazil. Currently, there are only three units left for 2023.