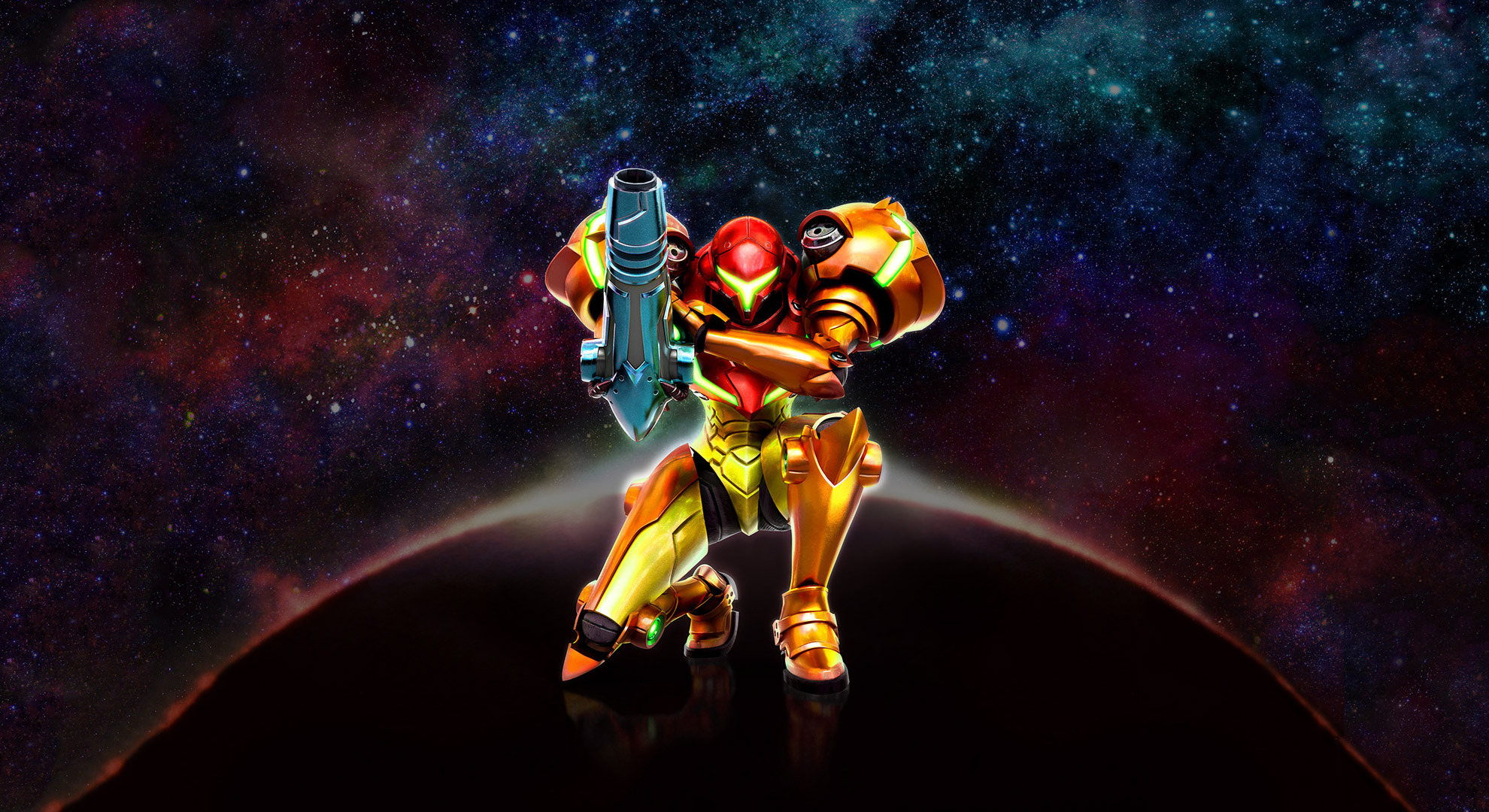 With the launch of Metroid Dread for Nintendo Switch on October 8, interest in the series has increased, with players revisiting it and/or trying it for the first time. It’s one of Nintendo’s oldest franchises, with the original Metroid debuting in 1986 (in Japan). Since then, numerous Metroid games have been released across various Nintendo consoles and handhelds, along with spinoffs and remakes.

Metroid has a reputation for being atmospheric, with satisfying gameplay that encourages exploration. Though the franchise has primarily been presented from a 2D perspective, the Prime subseries consists of first-person shooters, which was a major departure at the time. Either way, it’s one of Nintendo’s most beloved franchises, with most games garnering positive reviews from critics and fans.

But which Metroid games are the best? Here’s our definitive ranking of the Metroid series in order.

Predictably, Metroid Prime: Federation Force is our pick for the worst Metroid game. Truth be told, it isn’t terrible, but it prioritizes online co-op on the 3DS — a system that is not known for being a multiplayer device. This game left a bad taste in the mouths of many because — at the time — it had been six years since Metroid: Other M, the last game in the series. Other M was regarded as one of the worst in the series, so Federation Force was more of a disappointment than anything. If you can get past the fact that it doesn’t star Samus, but rather unnamed Galactic Federation Marines, you might have a good time with this one, but otherwise, you can definitely skip it. 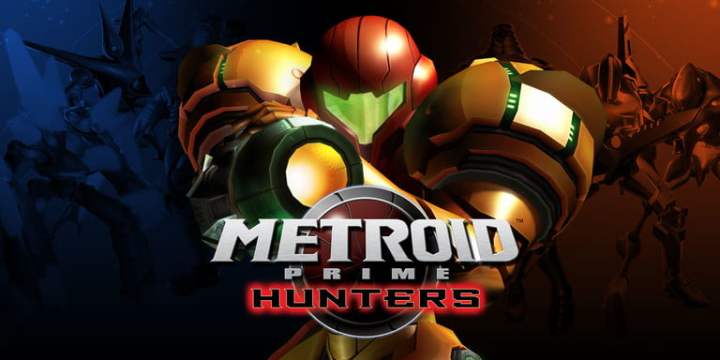 In keeping the theme of all the “bad” games in the series, Metroid Prime: Hunters was disliked because it didn’t feel like Metroid. Instead, it’s a first-person shooter, but far more watered down than the Prime series. Impressively, the game looks and runs well enough on the Nintendo DS, but the foundation of what’s there feels so different from what Metroid fans fell in love with. Hunters also leans into PvP online play, likely attempting to capitalize on the trends popularized by the likes of Call of Duty. It isn’t bad, it’s just nothing like the original games. 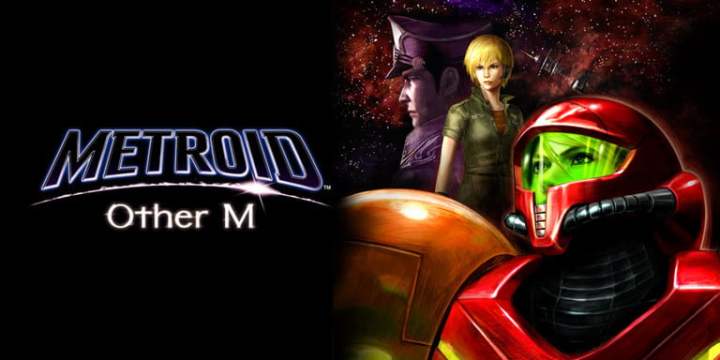 It’s interesting because the reviews for Metroid: Other M don’t seem to line up with the way fans feel about it. Critically, Other M was a “good” yet flawed game, but it’s often regarded as one of the most terrible things to have ever been released. While we don’t think it’s as bad as its reputation makes it seem, Other M certainly isn’t great. Its biggest issue is how linear it is, which is a far cry from what made the original installments so much fun. The sense of exploration was practically removed in Other M, in favor of a more constricted experience. It also prioritized narrative way more than other entries. To some, this might be appealing, but longtime Metroid fans were left disappointed with Other M. To make matters worse, the game required you to hold the Wii Remote horizontally to control Samus instead of having a more traditional control scheme. 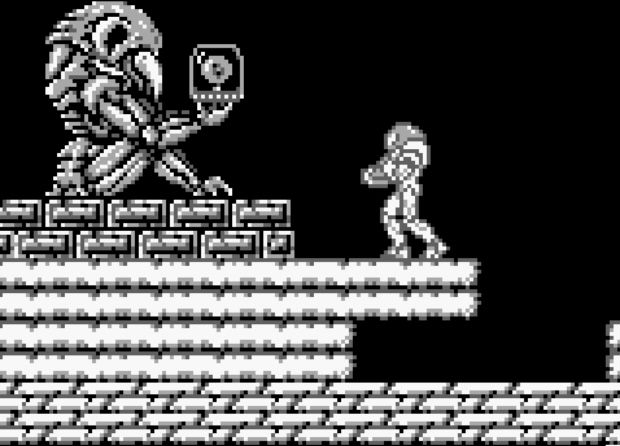 Metroid II: Return of Samus launched for the Game Boy in 1991, and it’s very much a product of its time. In 1991, it was positively received, but time hasn’t been as kind to it as you might hope. Bogged down by the limitations of the hardware, the levels tend to blend together in Return of Samus, and everything looks the same. By today’s standards, it feels stiff and clunky to play, despite improving upon the original in some ways. It’s an important game in the Metroid series due to its narrative, but thankfully, you can skip playing this one in favor of the 3DS remake (which we’ll cover below).

It’s hard not to have a soft spot for the original Metroid for NES. It’s arguably one of the most important games of all time, with timeless visuals that still look great today. Better yet is the way it encourages exploration by rewarding players with items and power-ups that allow new areas to be discovered. Though, 35 years later, it simply doesn’t hold up as well. It’s obtuse at times, sluggish, and finnicky, making it hard to recommend in 2021. Without a map, the original Metroid feels almost impossible to get through. But it gets points for being so influential, and for being one of the first major examples of a strong woman protagonist in video games. 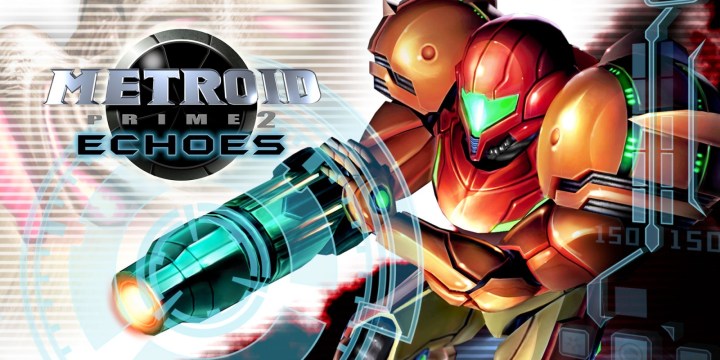 Moving on to the Prime trilogy, our next pick is Metroid Prime 2: Echoes. This is the GameCube follow-up to the fantastic Metroid Prime, showcasing the Dark Samus doppelganger, and serving as the first game in the series to feature multiplayer. Metroid Prime 2: Echoes is more narrative-driven than the first Prime game, while still retaining an emphasis on top-notch gameplay. Like the first Prime game, it’s presented from a first-person perspective and features puzzles, platforming, exploration, and shooting. We’d rank this one higher, but its unrelenting difficulty spikes make it less enjoyable than we’d like. 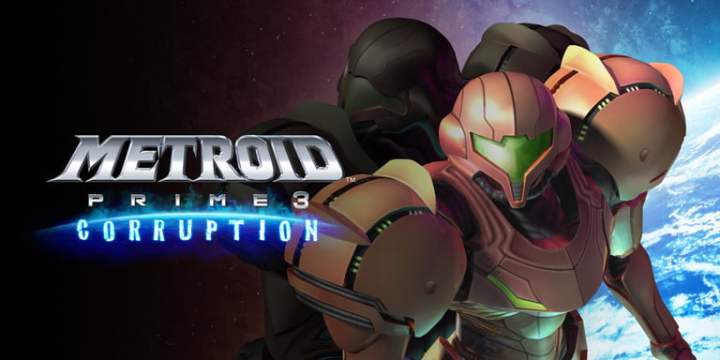 Metroid Prime 3: Corruption is the conclusion of the Prime trilogy, which launched for the Wii in 2007. While there’s often debate on whether this one ranks higher than its predecessor, Metroid Prime 3: Corruption has some of the best shooting in the series, while wrapping up the story nicely (despite Metroid Prime 4 coming at some point in the future). Visually, it was impressive at the time, and still looks decent today, though a little dated. Ultimately, Corruption is a marriage of the series’ best features up until that point, refining the first-person shooting, puzzle-solving, and exploration aspects. The only thing that bogs this game down is its controls, which require the use of the Wii Remote. 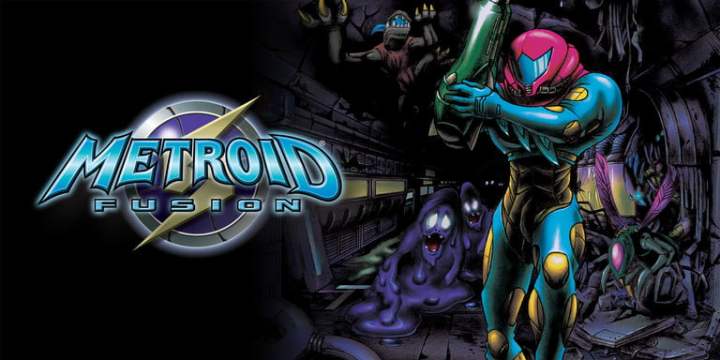 Metroid Fusion is the successor to Super Metroid, and while those are mighty big shoes to fill, it does a great job of continuing the beloved formula while adding new ideas. Fusion still features a large open-ended map to explore, with power-ups and items littered throughout. This game leans more into combat and narrative than Super Metroid did, with a larger focus on linearity that limits exploration. Depending on your tastes, this may or may not be a positive thing. One thing this game does excellently is that it sprinkles bits of narrative throughout, rather than a large exposition dump at the beginning. We won’t spoil it here, but it’s got its fair share of twists and turns that work in tandem with the superb gameplay. 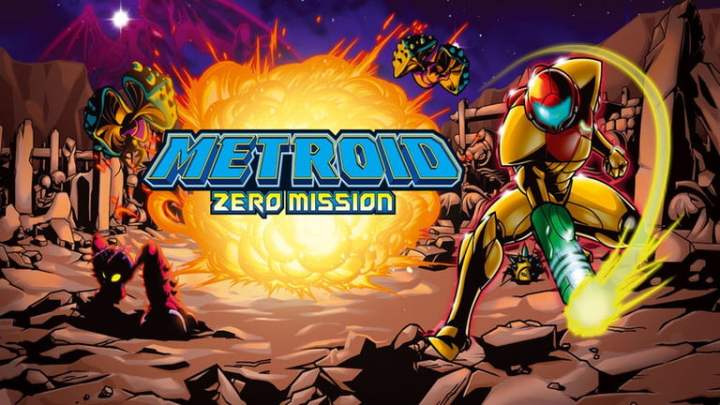 We’re thrilled Metroid: Zero Mission exists because it allows players to experience Metroid in a modern way. Zero Mission is a full remake of the original Metroid, released for the GBA in 2004. After playing the remake, it’s amazing how many little improvements were made upon the original. The controls in Zero Mission feel tighter, the character movement is faster, the jumps feel less floaty — it’s all in all an improvement in nearly every regard. Visually, it’s still stunning, even 17 years later, and will likely still hold up in another 17 years. We only wish this game (and many others on this list) were easier to get ahold of, because as it stands, it’s stranded on GBA and the Wii U Virtual Console. 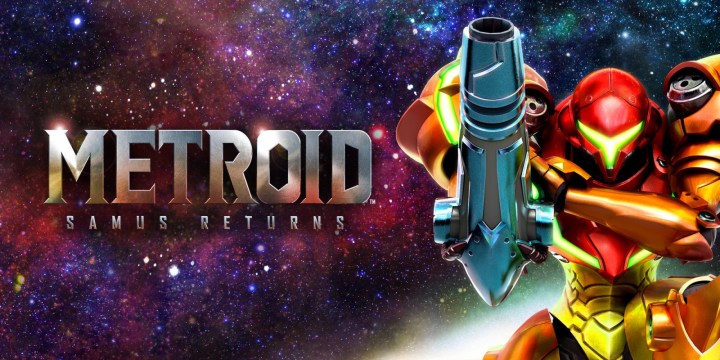 The most modern 2D Metroid release in the series is Metroid: Samus Returns. This 3DS remake of Metroid II launched in 2017 and was a remarkable take on the series. Most importantly, it allowed a modern generation of players to experience the story of the second game without all the baggage of the Game Boy’s limited specs. But aside from that, Samus Returns implemented new ideas such as the 2.5D camera perspective shifts, along with a slew of improvements to controls and mechanics. Dread actually borrows many of the ideas introduced in Samus Returns, such as the stylish melee counter and even some of the perspective shifts. If you’re wanting to get caught up on the series before Dread, Samus Returns is not one to skip. 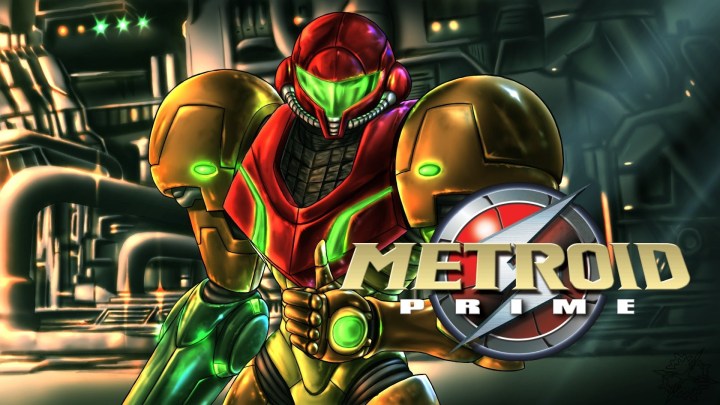 A first-person 3D take on Metroid? Surely that couldn’t work, right? Well, not only did it work in Metroid Prime, but in many ways, it felt like a natural evolution from 2D to 3D in the most elegant way. Transitioning from 2D to 3D could have been disastrous, but Prime integrates all of the mechanics that give Metroid its identity, while mixing in new features thanks to the perspective shift. In many ways, Prime is much more immersive because it’s presented from Samus’ eyes. This degree of immersion raises the stakes of the entire adventure, and we cannot praise it enough for that. This could have easily turned into a mindless first-person shooter, but instead, it feels more like Metroid than anyone would have expected.

Unsurprisingly, Super Metroid is one of the best games in the series, which first launched for the SNES in 1994. The fact that it ranks so high despite being 27 years old is a testament to how well this game is designed. The original games certainly had their fair share of smart mechanics, but Super Metroid refined them to the point of standing the test of time. Aside from the mechanics and level structure, Super Metroid holds up aesthetically, as well. It sits right in that sweet spot of having beautiful 2D sprites that look way better than most 3D games from the 1990s. While Super Metroid isn’t perfect and has a few outdated aspects, it’s incredible just how well it plays all these years later. Best of all, it’s easy to get ahold of, thanks to being available on Nintendo Switch Online.

Yep, it’s that good. Metroid Dread came out and was not only excellent, it somehow made the past 19 years seem worth the wait. Few games have lived up to such massive expectations, but Nintendo and MercurySteam absolutely nailed it. The level design contributes to the enjoyment, giving you plenty of places to explore, with a progression system that feels satisfying. This game will definitely put your skills to the test, so check out our beginner’s guide. It’s also smart how the game teases you with inaccessible areas, so that when you do finally get the powerup that allows you to reach those spots, there’s a moment of excitement that always unfolds as you revisit those locations. The bosses are expertly designed, the sense of atmosphere is immense, and the visuals are the best in the series, hands down. Play this game.

Denial of responsibility! Yours Bulletin is an automatic aggregator of the all world’s media. In each content, the hyperlink to the primary source is specified. All trademarks belong to their rightful owners, all materials to their authors. If you are the owner of the content and do not want us to publish your materials, please contact us by email – a[email protected]. The content will be deleted within 24 hours.
0
Share

After tax cuts in UK, pound nosedives to a historic low against dollar. See details

A Texas Crypto Firm Is in Trouble for Defrauding…