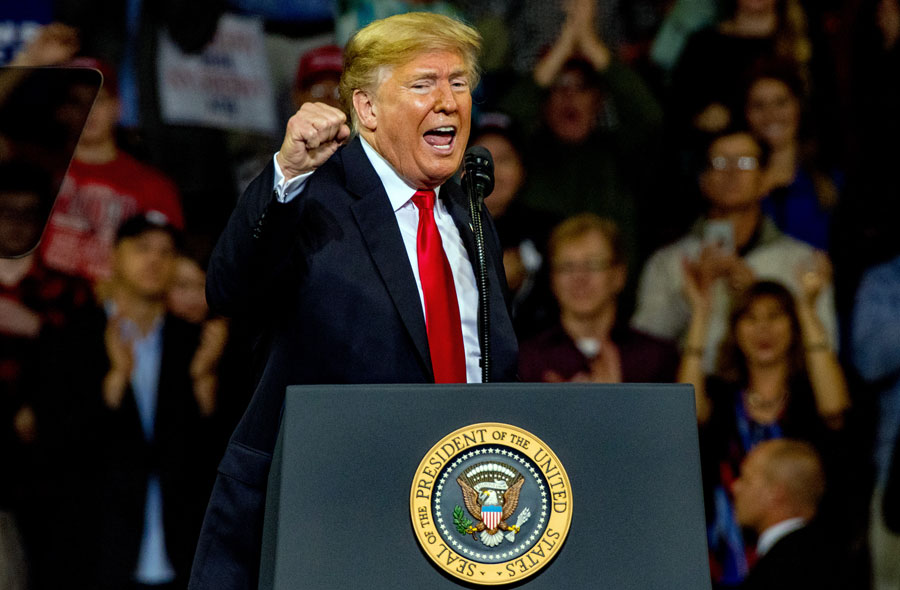 MAIMI BEACH, FL – Former President Donald Trump – who was banished from social media nine months ago after being accused of inciting the January 6 U.S. Capital riots – announced on Wednesday that his long awaited social media platform will be launching by his own media company.

Trump stated that the reason he is launching the Trump Media & Technology Group and its “Truth Social” app is to give some competition to the established “Big Tech” companies that have have essentially expelled him from social media, as well as establishing a national voice for himself once again.

“We live in a world where the Taliban has a huge presence on Twitter, yet your favorite American President has been silenced,” Trump said in a statement. “This is unacceptable.”

At the time that he was banned from social media in January, Trump boasted tens of millions of followers on Twitter and millions on Facebook.

This is not the first time that the former president has mulled over the possibility of launching his own social media platform since his ban; his previous attempt – a blog on his own official webpage – was eventually discontinued.

At the time, Trump senior aide Jason Miller told CNBC that the blog “was just auxiliary to the broader efforts we have and are working on.”

However, the “Truth Social” app and the Trump Media & Technology Group seem poised to be a much grander attempt at getting in on the social media marketplace. Expected to soft-launch in November, with a wide release planned for early in 2022, the media company is slated to include “TMTG+,” which will be a streaming video-on-demand service that will offer podcasts, news, and entertainment.

Trump Media & Technology Group’s mission is to create a rival to the liberal media consortium and fight back against the “Big Tech” companies of Silicon Valley, which have used their unilateral power to silence opposing voices in America.

It was announced that the Trump Media & Technology Group – which seeks to eventually become a publicly listed company – has been created via a merger with Miami-based Digital World Acquisition Corporation, which transaction values Trump Media & Technology Group at an initial enterprise value of $875 Million, with a potential additional earnout of $825 Million in additional shares (at the valuation they are granted) for a cumulative valuation of up to $1.7 Billion depending on the performance of the stock price post-business combination, according to it’s press release.