When do conspiracy theorists believe the apocalypse will happen? – The Sun 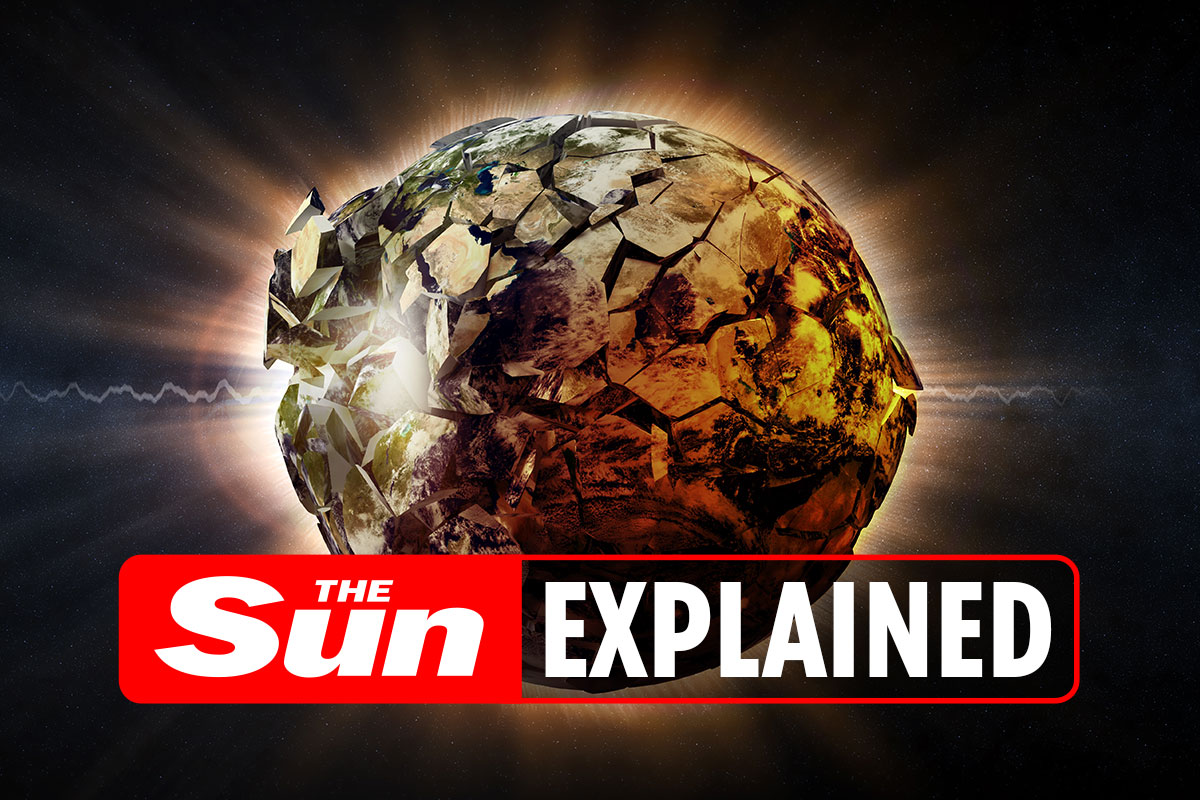 FOR as long as mankind has walked the earth, the human race has been predicting when and how the world will end.

Let’s take a closer look at the different “End of Days” theories – both crackpot and rational.

When do doomsday believers think the apocalypse will happen?

David Meade, a Christian numerologist, continues to believe that the world is facing period of apocalypse that is due to conclude in 2024.

He first predicted that Planet X or Nibiru was hurtling towards the Earth and would wipe out humanity on September 23, 2017.

But after his ridiculous prediction, based on hidden numerical codes supposedly hidden within the Bible, failed to happen Meade has changed his barmy claims.

Meade later told The Sun Online that people have misunderstood his prophecy and the doomsday will take place over a period of seven years.

Linguist Zecharia Sitchin’s controversial 1976 book Twelfth Planet claims that Nibiru is inhabited by an alien race called the Anunnaki, who are referred to in the Bible as the Nephilim.

Conspiracy theorists have claimed that Elon Musk’s SpaceX rocket – that is due to take to orbit in 2022 – will help “destroy Nibiru”, although Nasa has denied the existence of the secretive planet.

One of Meade’s most recent claims suggested that on April 23 2018 the sun, moon and Jupiter would align in the constellation Virgo, sparking the beginning of the biblical Rapture.

He believed that, on this night, the mysterious ‘death planet’ Nibiru would appear in the sky, triggering the onset of World War III, rise of the Antichrist, and seven years of Tribulation.

Unsurprisingly, this has still yet to pass.

What other times have there been claims of the end of the world?

Despite being the godfather of modern physics, including discovering the law of gravity, Isaac Newton was also a religious man who was interested in the occult.

As a result, his prediction that humanity would be wiped out by the year 2060 was solely based on his deeply-held faith in Christianity.

He based his theory on the Bible’s Book of Daniel and calculated the date of the apocalypse as being exactly 1,260 years after the formation of the Holy Roman Empire.

A recently published letter by Newton, which was auctioned in 1939 after sitting unseen in a trunk for 250 years, went on display at Israel’s national library.

Newton’s prediction on the document also claims the world will end after “Jews” were returned to the Holy Land – something which happened in 1948 following the creation of Israel.

The LHC, located at the European Organisation for Nuclear Research, can recreate the “Big Bang” in its underground facility in Switzerland.

As a result, some theorists have claimed the giant proton-colliding machine could create black holes which could swallow the Earth.

But while admitting that black holes could be created, CERN scientists claimed that any gravity-pulling voids would be too small to make any kind of impact.

Despite the dangers, the LHC was turned on in 2008 and the world is still intact.

Yet the boffins at CERN are not without a sense of humour.

Indeed, the facility is home to a two-metre-tall statue of Lord Shiva, a gift from the Indian government, who is known as the “destroyer of worlds.”

First popularised in the latter half of the 20th century, this theory is based on mathematical probability and estimates there is a 95 per cent chance the human race will end in 9120 years.

Many theorists use the analogy of a lottery. If you were given ticket number five in the lottery it is statistically more probable that the game is made up of ten tickets than 10 million tickets.

And because there have been around 100 billion people born since the start of the human race it is statically probable that we are in the middle of the cycle rather than at the start.

This is because if the human race continues to maintain its current rate of reproduction and survive for thousands of years, the population will be in the high trillions which would not be sustainable, theorists argue.

At least two to five blood moon eclipses happen every year, but that hasn’t stopped some conspiracy theorists earmarking it as the end of the world.

In 2018, Christian preacher and conspiracy theory purveyor Pastor Paul Begley made a video arguing why he thought the July Blood Moon would be a “sign of the end times”.

He said: “It is a sign of the end times. We are in the era of the apocalypse and this Blood Moon which will be the longest Blood Moon of this century is happening in the 70th year of the Israel being a nation.

“It’s happening the same year also that Jerusalem has been declared the eternal city of God.

“And it’s happening with the volcanoes already erupting in Hawaii and the smoke is erupting, all of the ash, the plumes, the volcanic rivers flowing – it’s incredible how the Bible refers to these events taking place in the last days.

“As a matter of fact, Jesus said this in Luke 21:25: ‘There shall be signs in the sun and the and then the moon and then the stars. And the stress of nations with perplexity. The sea, the waves roaring.

“‘Mens’ hearts will fail them for fear for looking after those things coming upon the earth for the powers of heaven shall be shaken.

“‘Then shall we see the son of man coming in a cloud of power and great glory.’

“When these things begin to come to pass Jesus said: ‘Look up. Lift up your head. Your redemption draweth nigh.’”

The Earth will be swallowed by the sun

In around five billion years, it is predicted the sun will turn into a red giant star caused by a helium-burning process.

It will expand and swallow Mercury and Venus and most likely Earth as well.

Whether our planet is consumed or not, the movement of the sun will mean the end of life on Earth.

The human race will have to figure out a way of leaving the planet to a more habitable home.

Another theory centres around the fact that when stars turn into red giants, their movement causes other planets in their solar systems to become habitable.

As a result, our technologically advanced future relatives could figure out a way of moving Earth to a more habitable part of the system.

The next date to worry about is 3797 – the year French physician Nostradamus predicted the world will end.

His 1555 book Les Propheties is credited with foretelling everything from the rise of Hitler to 9/11 and Donald Trump’s victory.

But academics insist his writings have been misinterpreted.

It came as a team of researchers at the University of Rochester in New York predicted a doomsday scenario where over two-thirds of the population would be wiped out.

Professor Frank said: “We’re interested in how exo-civilisations develop on their planets.

“Given that more than 10 billion trillion planets likely exist in the cosmos, unless nature is perversely biased against civilisations like ours, we’re not the first one to appear.

“That means each exo-civilisation that evolved from its planet’s biosphere had a history: a story of emergence, rising capacities, and then maybe a slow fade or rapid collapse.

“And just as most species that have ever lived on Earth are now extinct, so too most civilisations that emerged, if they emerged, may have long since ended.

“So we’re exploring what may have happened to others to gain insights into what might happen to us.”