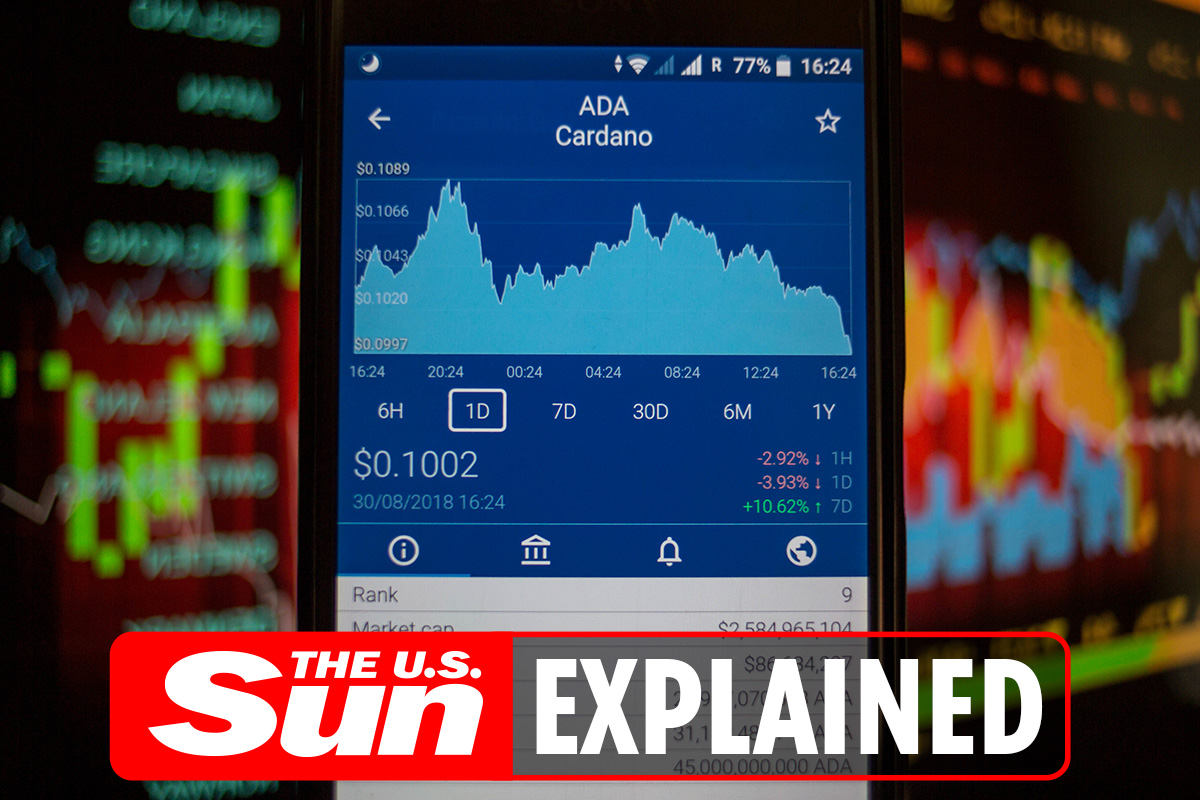 FROM January 1, 2022, Cardano ADA will no longer be listed on eToro for customers in the US.

Wallets will effectively be in withdraw-mode only in the first quarter of 2022.

eToro said it delisted Cardano ADA because of regulatory concerns about the crypto.

The move comes as a surprise given the currency has not typically on regulators’ radars.

ADA shot up in value in 2021 and currently ranks among the top 10 cryptos by market capitalization, according to cointelegraph.

What is Cardano (ADA)?

Cardano, which was launched in 2015, is a private blockchain platform created by Hoskinson, a co-founder of popular crypto Ethereum.

ADA, which was launched in 2017, is Cardano’s cryptocurrency.

Cardano is a proof-of-stake platform that runs on the Ouroboros consensus protocol.

The platform has tried to position itself as an alternative to Ethereum, according to Investopedia.

It hopes to provide banking services to the crypto community and is widely seen as an updated version of Ethereum.

The pricing had flown in the face of pundits who predicted its downfall.

It comes as India proposed legislation that would make private cryptos illegal.

The Cryptocurrency and Regulation of Official Digital Currency bill will hand responsibility of regulating cryptos like Bitcoin and Ethereum to the Reserve Bank of India.

It comes as Narendra Modi, India’s Prime Minister, said all democratic nations must work together to ensure crypto “does not end up in the wrong hands, which can spoil out youth”.

The new law – set to pass through parliament next session – will make some exceptions to promote the blockchain technology that underpins much of the currency.

The government is also looking to classify crypto as an asset class rather than a currency, two sources have told Reuters.