Wikipedia Co-Founder Says Content About Conservatives, Those With Right-leaning Views Ends Up Being “Grossly Misrepresented” 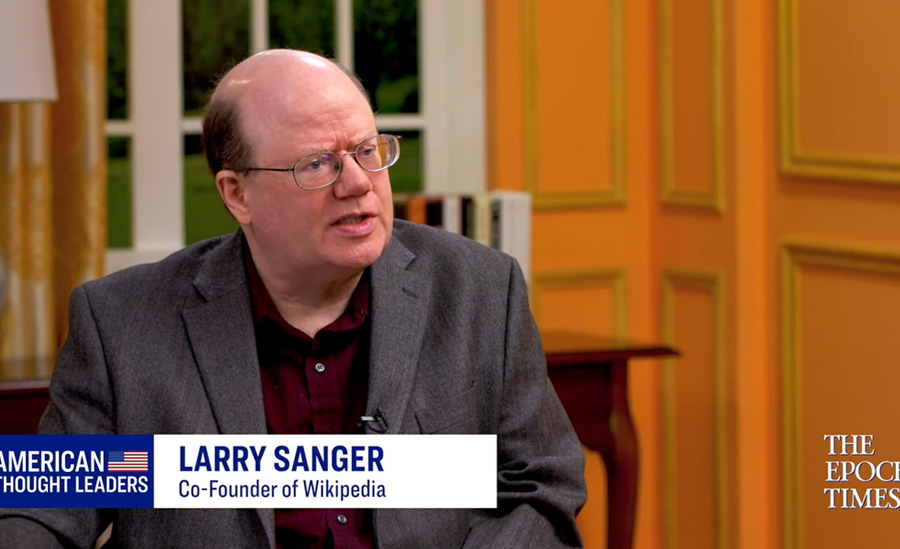 KING COUNTY, WA – Larry Sanger, the internet project developer and philosopher who co-founded Wikipedia in March 2000 along with Jimmy Wales, said that the online encyclopedia – which he became increasingly disillusioned with and left in 2002 – has abandoned its early attempts at neutrality and instead purportedly embraced “leftist propaganda.”

“Wikipedia made a real effort at neutrality for, I would say, its first five years or so. And then … it began a long, slow slide into what I would call leftist propaganda,” he said during a recently-released interview with Epoch TV.

Wikipedia is a free, multilingual online encyclopedia written and maintained by a community of over 125,000 volunteers and overseen by a staff of over 1,000 editors; currently, it boasts over 54,000,000 pages of content covering history, science, movies, notable people, popular culture, and much more.

Sanger noted that Wikipedia used to adhere to a strict code of neutrality – and still does for much of its overall content – but that in recent years articles about conservatives or those with right-leaning views end up being “grossly misrepresented.”

“But now, essentially anyone who is on the right, or even contrarian actually, finds themselves with an article on Wikipedia that grossly misrepresents their achievements, often just leaves out important bits of their work, and misrepresents their motives, casts them as conspiracy theorists or far right, or whatever, when they and their friends, and people who know them well would never describe them in that way,” he said.

The idea of truly bringing back Wikipedia to its roots – a true, unbiased repository of information that people can reference and make up their own minds about an issue – would be difficult to maintain when contributors and editors are unable to leave their own biases and ideological leanings at the door, Sanger said.

“Well, the difference between neutrality and objective truth as in the aims of pieces of writing, is that the objective truth is generally something that people disagree about,” he said. “I personally think there is an objective truth about any clearly defined question, right? And it would be absolutely wonderful to have a reference work that contained all and only objective truth. That would be fantastic. The problem is that no two people will ever agree about what such a work should contain.”

Sanger said he is now working on creating a new decentralized network that he referred to as a “superset of all encyclopedias” as a means of addressing this issue.

“We’re going to be putting all of the encyclopedic content and the world in a single network,” he said. “That’s an extremely compelling vision.”