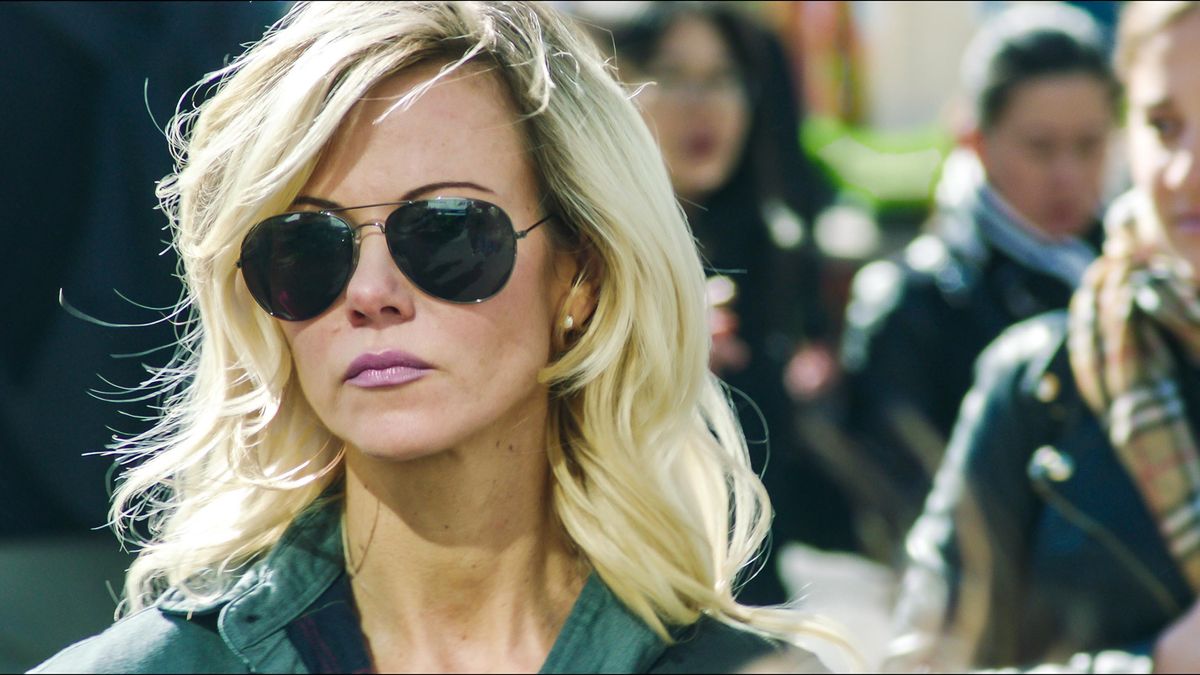 You’re definitely not the only one looking for the best true crime documentaries. True crime docs have been the rage for years now, and the genre continues to be prolific and popular. Millions of viewers worldwide love to dig into the stories of real-life murders, thefts and fraud told in these documentary series and movies.

Excellent examples such as The Staircase, Making a Murderer and The Jinx have become cultural phenomenons. And new true crime shows are debuting every week on Netflix, HBO Max, Prime Video, Hulu and all the best streaming services. Some recent hits include Bad Vegan and The Tinder Swindler.

Before Serial, before The Jinx, before Making a Murderer, there was The Staircase. The 2004 true crime documentary series chronicles the case of novelist Michael Peterson, who is accused of murdering his wife Kathleen. He claims she died after falling down the stairs — but the circumstance is eerily similar to the death of another woman in his life. French filmmaker Jean-Xavier de Lestrade not only offers extraordinarily intimate access to Peterson, his family and his legal team, but to the prosecution, which makes the resulting footage so enthralling. The director returns to the case twice more, following Peterson’s continuing fight to exonerate himself. Years later, I’m still debating theories about what really happened to Kathleen that night. – Kelly Woo

If Making a Murderer had been a drama, rather than a true-crime documentary, some might have dismissed it as far-fetched. Painstakingly filmed over a 13-year period, it details the story of Steven Avery, a Wisconsin man wrongly convicted of sexual assault and attempted murder in 1985, freed in 2003 after 18 years behind bars, then jailed for murder in 2007. Those cases would be gripping enough in their own right, but it was the questions the show raised over the actions of the Manitowoc County Sheriff’s Department that really got viewers riled up, to the extent that more than 500,000 people signed a petition calling for Avery’s pardon. – Marc McLaren

If there was ever a documentary to make you delete Tinder and never look back, this is it. Immediately trumping pretty much all of my girls Whatsapp “he asked me about my dead dog” bad date stories in the first five minutes, the Tinder Swindler follows the exploits of Simon Leviev, who tricks a host of unsuspecting women he meets on dating apps out of millions of dollars. Posing as a diamond mogul, the documentary follows what happens when his victims team up in an attempt to expose Leviev for what he is. It’s addictive, it’s horrifying, and it’ll undoubtedly make you think twice before swiping right. – Jane McGuire

Tiger King may not have won over critics, but it certainly thrilled viewers and became the pandemic’s first quarantine hit. Addictive and entertaining, it is the very definition of a guilty pleasure. The docu-series tells the story of a wildcat collector known as Joe Exotic, an extremely outlandish character who runs a private zoo filled with tigers and other big cats. He spends almost as much time loathing his nemesis, animal rights activist Carole Baskin and circulating the theory that she killed her first husband and fed him to big cats. He goes so far as to put a hit out on her! In the wake of Tiger King becoming a pop culture phenomenon, Netflix also released a second season and a related miniseries, The Doc Antle Story. – Kelly Woo

The Fyre Festival was a trainwreck of a music festival that was supposed to take place on the Bahamian island of Great Exuma. While this documentary was co-produced by the same firm that promoted Fyre, it’s regarded as the better of the two (the other, Hulu’s Fyre Fraud is worth watching) — plus it has a certain interview with Fyre Festival event producer Andy King, who said a line so instantly iconic and salacious that he begged the producers to drop it from the movie. Unfortunately, he became an instant meme, just like Joe Exotic. – Henry T. Casey

Do you remember the Monopoly game that McDonald’s ran through the late ‘80s and ‘90s? The fast food chain ran a sales promotion based on the iconic board game; customers received little game pieces corresponding to properties in Monopoly. Collect certain pieces and you could win $1 million. But as this documentary shows, winning the big prizes was nearly impossible because the game was corrupted by fraud. It’s a mesmerizing story filled with compelling characters, including FBI agents, McDonald’s employees and even a mob wife. – KW

Bad Vegan boasts legit true crime credentials, coming from the producers of Tiger King and Chris Smith, director of Fyre: The Greatest Party That Never Happened. It tracks the rise and fall of restaurateur Sarma Melngailis, who co-founded vegan restaurant Pure Food and Wine in New York City in 2004. She became a celebrity face and the face of the burgeoning vegan dining movement. But after meeting a man who called himself Shane Fox, Melngailis begins siphoning money away from the restaurant and into his bank account. The docu-series is filled with twists and turns, resulting in a wild and fascinating tale that is eminently bingeable. – KW

When 12-year-old Jan Broberg was abducted in 1974 by close family friend Robert Berchtold, her family and wider community were incredibly relieved when she was eventually returned safely. Then, Berchtold kidnapped her again! It’s utterly mystifying how such a crime could have been allowed to happen once, let alone twice. Abducted in Plain Sight has many moments that will make you wonder what on earth people are thinking, as much of the story beggars belief. However, that’s part of what makes this one one of the best Netflix documentaries. – Jennifer Still

The Jinx became a sensation when its subject, real estate heir Robert Durst, was arrested less than a day before its finale (sort of spoiling the ending, but everyone still tuned in anyway). Director Andrew Jarecki sat down with Durst for over 25 hours of interviews to address the murder charges he was facing for wife Kathleen McCormack, friend Susan Berman and neighbor Morris Black. Durst claims innocence, but an extraordinary hot mic moment seems to confirm the allegations against him. – KW

The Disappearance of Madeleine McCann (Netflix)

The disappearance of Madeleine McCann, a three-year-old British girl, who disappeared on 3 May 2007 from a holiday apartment in Praia da Luz, a holiday destination in the Algarve region of Portugal, has been the subject of true crime documentaries and podcasts for the past 15 years. Maddie was reportedly taken from a hotel apartment where she slept with her younger siblings, while her parents, Kate and Gerry McCann, ate dinner with friends nearby. This is Netflix’s deep-dive into the case, which interviews former investigators, policemen and investigative journalists to tell the story. While critics (and Maddie’s parents) have questioned the documentary, it does shine a light on the various conspiracy theories and the frenzied media coverage of the case, which is still open. – JM

Amanda Knox has more or less faded from infamy, but her self-titled documentary remains her unfiltered assertion of innocence in the case of a slain student studying abroad. Italy put Knox on trial between 2009 and 2015 for the murder of her roommate Meredith Kercher, subjecting the Seattle native to the foreign county’s unrelenting criminal justice system. Hear Knox attempt to reclaim the narrative that the media sensationalized, and decide for yourself which estate found her guilty. – Kate Kozuch

The Inventor: Out for Blood in Silicon Valley (HBO Max)

If you watched Amanda Seyfried’s uncanny imitation of Elizabeth Holmes in The Dropout, you can see the real thing in this documentary. Director Alex Gibney (Enron: The Smartest Guys in the Room) approaches Holmes’ story from a more macro level, looking at the world that enabled the Theranos fraud. Because while her pitch of a life with fewer deaths from disease was compelling, it didn’t happen just because of her cult of personality. Gibney places her in a stark talking-head situation, highlighting Holmes’ unique and peculiar voice and energy. – Henry T. Casey

Sadly, domestic violence is all too common and can even result in murder. It’s depressing but not that surprising that Chris Watts killed his wife Shannan believing it would enable him to move on with his mistress is depressing. Where this story does take a turn for the incredible, however, is when we learn that not only was Shannan pregnant, meaning Chris killed his unborn child, but that he also killed his two young daughters as well. American Murder: The Family Next Door tells the story of their tragic deaths as well as the web of lies and deceit Chris Watts weaved in an attempt to get away with it. It’s harrowing to say the least. – JS

I’ll Be Gone in the Dark (HBO Max)

I’ll Be Gone in the Dark serves as a meta portrait of how true crime can swallow up someone’s life. If you think you’re obsessed for bingeing a series in one night, that’s nothing compared to the late writer Michelle McNamara. She became consumed in an investigation of the Golden State Killer for a book she’s writing. She spent years poring over police reports and interviewing people connected to the murders. Ultimately, she tragically died of a pill overdose. Her husband, the comedian Patton Oswalt, helped finish the book she never got to see published. – KW

The title implies that the docu-series is about animal abuse, but it’s more engulfed in a very real murder. The suspect is an internet-savvy, serial-killer-in-training who toys with an enraged Facebook community using gruesome video messages and bogus profiles. While the doc doesn’t show the actual videos, the descriptions are vivid enough to be horrifying. Follow online pen pals as they track down a cat torturer and launch a risky, worldwide manhunt from the depths of the dark web’s underbelly. As they uncover new information, you’ll feel like you’re sleuthing alongside them. – KK

A World Without iPods | WIRED

LEADING OFF: Cardinals getting playful with…

Ronna McDaniel Still Not Up for the Job –…

From feeling exhausted to clinics for moles, Dr…