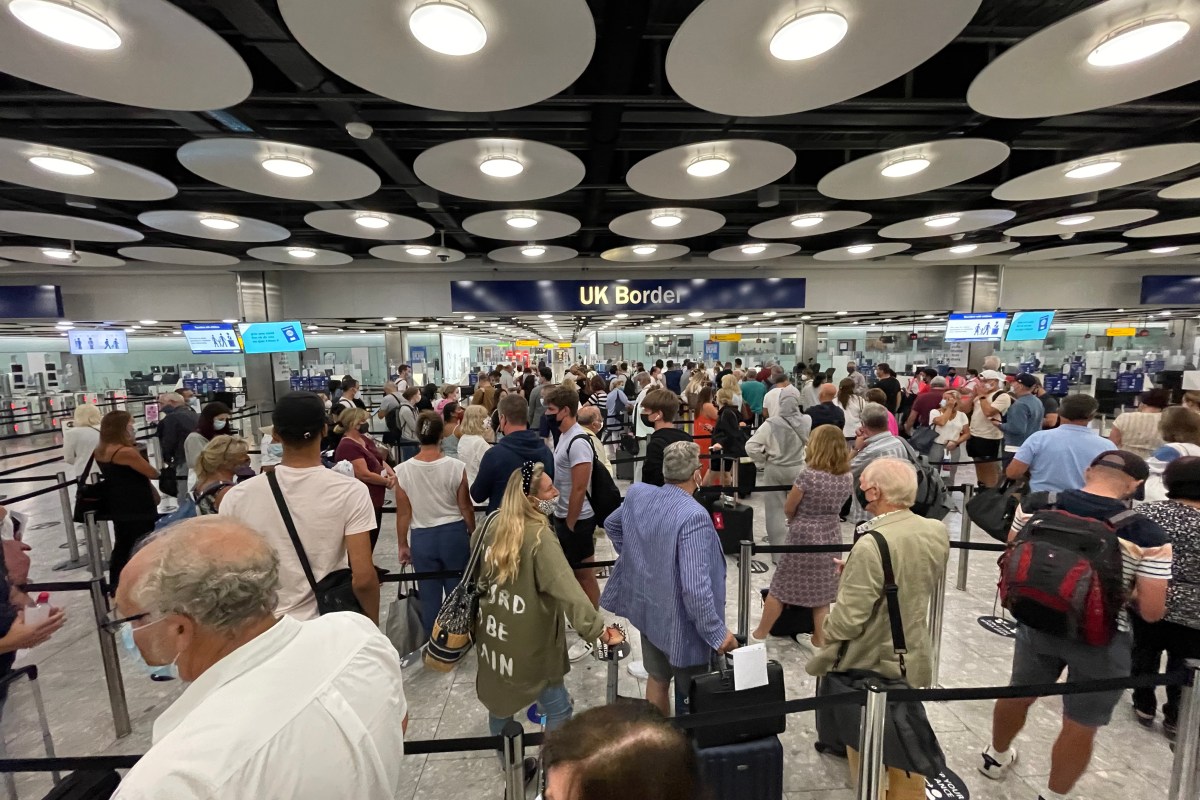 HOLIDAYMAKERS have faced huge travel chaos at airports across the UK this year, with five-hour queues at passport control.

However, there is a way to be able to skip the queue – and will barely cost you anything.

Many travellers may not realise that airports offer a Fast Track service at passport control.

While this often isn’t needed, with e-gates meaning Brits can whizz through the airport, recent months have increased the need to be able to jump to the front of the queue.

Heathrow Airport has temporarily paused the service due to Covid, with a statement on the website saying: “Unfortunately, due to the situation with Covid-19, we are currently unable to offer our Fast Track service. We apologise for any inconvenience and look forward to assisting you in the future.”

However, London Stansted are still offering the service for just £7 per person – a small price to avoid hours of long queues.

They explain on the website: “Passport FastTrack is a dedicated lane allowing you to pass through passport control quickly. Pre-book your ticket now.”

They can be booked when returning to the UK any time between 7am and 2am.

At London Gatwick, it costs £9.99, although they guarantee not just an exclusive lane but that it is limited, with just 50 travellers an hour.

This is available from 6am to midnight.

One of the cheapest is at Manchester Airport, costing just £5, but can only be used at Terminal 1.

Here are some other ways to speed through long airport queues.

Brits have been stuck in long queues when returning to the UK since the summer, with broken e-gates, complicated Covid rules and a lack of staff blamed.

In September, e-gates stopped working at Heathrow, Manchester and Edinburgh resulting in chaos at the airports while last month, some travellers said they were forced to wait five hours.

Why Gym CRM Software is Sales Escalator in the Business?

Fed Vice-Chair Presses for CBDC in US Amidst…