Best Dorset hotels 2022: Where to stay for luxury and sandy beaches 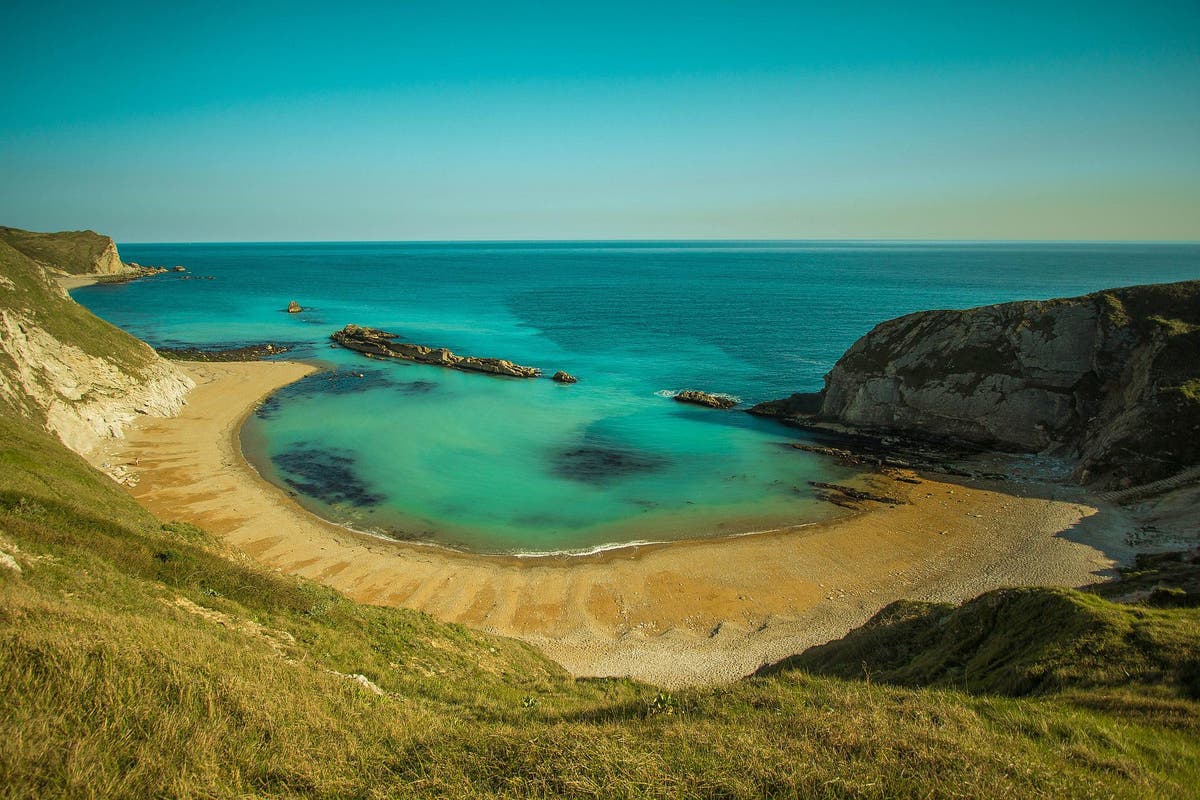 With the best intentions in the world, you might hope to make it to Bovington Tank Museum or Corfe Castle, but what you folks have really come to Dorset for is the beach. Around Bournemouth and Sandbanks, picture soft sands and bling beach bars. On to Studland, it’s a wilder coastline, perfect for picnics in the dunes. Then you hit seafood territory, where the resort towns of Weymouth, Lulworth, West Bay and Lyme Regis lure weekenders with oyster shacks and pebbly coves (Wonka, starring Timothee Chalamet, was filmed in Lyme, so get there before the set-jetters when it’s released next year). Here’s where to stay in Dorset near the water…

The best hotels in Dorset are:

There are restaurants-with-rooms, and then there are The Pig hotels. This one is the best in show, in an 1850s converted clifftop residence (it used to be an MP’s seaside escape), with pathways down to pretty Middle Beach and Knoll Beach, and lawn views to Old Harry Rocks, just a 30-minute ramble away. Turn your menu over to see a map of The Pig’s local food producers – no ingredient is sourced from more than 25 miles away – then be amazed by what the chefs can do with pork belly, radishes, and Dorset trout.

Location: Near the New Forest

If you’ve heard of this hotel titan, you might imagine a country house deep in rural England, miles from anywhere – but you’re actually just a 10-minute walk from the coast here, along the cute ‘Chewton Bunny’ (stream and waterfall). Back up at the ranch, things are as tweed-and-pearls as you expected, with thick carpets, antique furniture and log fires, where British weekenders come to play tennis and croquet, spa it up, or clay pigeon shoot. A more modern experience can be had if you stay in one of the Treehouses, contemporary glass-and-timber constructions in the canopy, with private hot tubs.

This is what the seaside town has been waiting for: a five-star hotel with a pool scene and bling interiors befitting of Bournemouth’s new Premier-League status. Miami is the hotel’s muse, which means tropical gardens, pink parasols, candy-striped loungers, cabanas, and a stunning 30m pool (complete by spring 2023) that gives SoBe a run for its money. Even if you can’t nab a room, book lunch on the sunny chequerboard tiled terrace where a Candy Floss cocktail comes with a swirl of the sweet stuff.

Owned by the same people who run The Groucho in London, this place feels more like a private members’ club – maybe a genteel house party – than a beach B&B. There are only nine rooms, every one with a sea view, sometimes from the mahogany bed or the clawfoot bathtub if you’re lucky. Beaches don’t come much more photogenic than this stretch – so beautiful it was used as the location for British crime classic Broadchurch.

Start your weekend in style and arrive to The Priory by water – it’s on the banks of the Wareham River, reachable by any one of the classic boat tours that leave from Poole Quay; affordable but unforgettable. Then settle in for a grown-up, gourmet getaway (no kids under 14 here), among wood-panelling, exposed beams and flagstone floors. Wareham itself is an ancient market town (Saturday morning is buzzing) and prime pint territory, where pub gardens roll down to the water’s edge and yachts drift by as if life were a painting.

Yes, you’re a parent, but that doesn’t mean you’re resigned to a lifetime of wipe-clean holidays just yet. Which is why you’ll love historic Moonfleet Manor, one of five Luxury Family Hotels in the UK, each of which gives grown-ups a country-house hotel experience, even if they have toddlers in tow. That means you can expect four-poster beds, grand salons for cream tea and manicured gardens, but suites also have bunkbeds, and dining spots provide games to distract kids and plastic cutlery to save you sweating over the antique crockery. Better yet, you’re right on the Southwest Coast Path here, of which you can walk a great chunk, or simply step out to stroke the sheep who keep hikers company.

You couldn’t be closer to the water in this old-school pub with rooms – the English Channel literally washes up under your table, visible from the glass-walled breakfast room that hangs over the sea. Owned by Cornish-cool St Austell Brewery, rooms have that hip, British beach-house vibe: raw linen cushions; worn-in velvet armchairs; traditional seaside oil paintings beside contemporary black-and-white photographs. The best room is at the top of the building in the eaves, with staggering sea views, though it is non-accessible owing to its atmospheric rope-banister stairwell.

If you’re splurging your annual bonus, you’ll want The Penn Castle, which sleeps up to 20, and wows with a pool in the Orangery and dining room that once hosted Winston Churchill. If it’s a special week away, perhaps you’ll splash out on one of the contemporary ‘Clifftops’ houses that jut out of the hillside, making it feel as if you could throw skimmers all the way to France. Or if you’re saving your money for Dorset crab dinners, then it’s Cove Park for you: a collection of caravans, cottages and pods that give the same sea views as across The Penn Estate, but at an affordable rate. Win-win.

Do I need a visa to travel to Dubai?