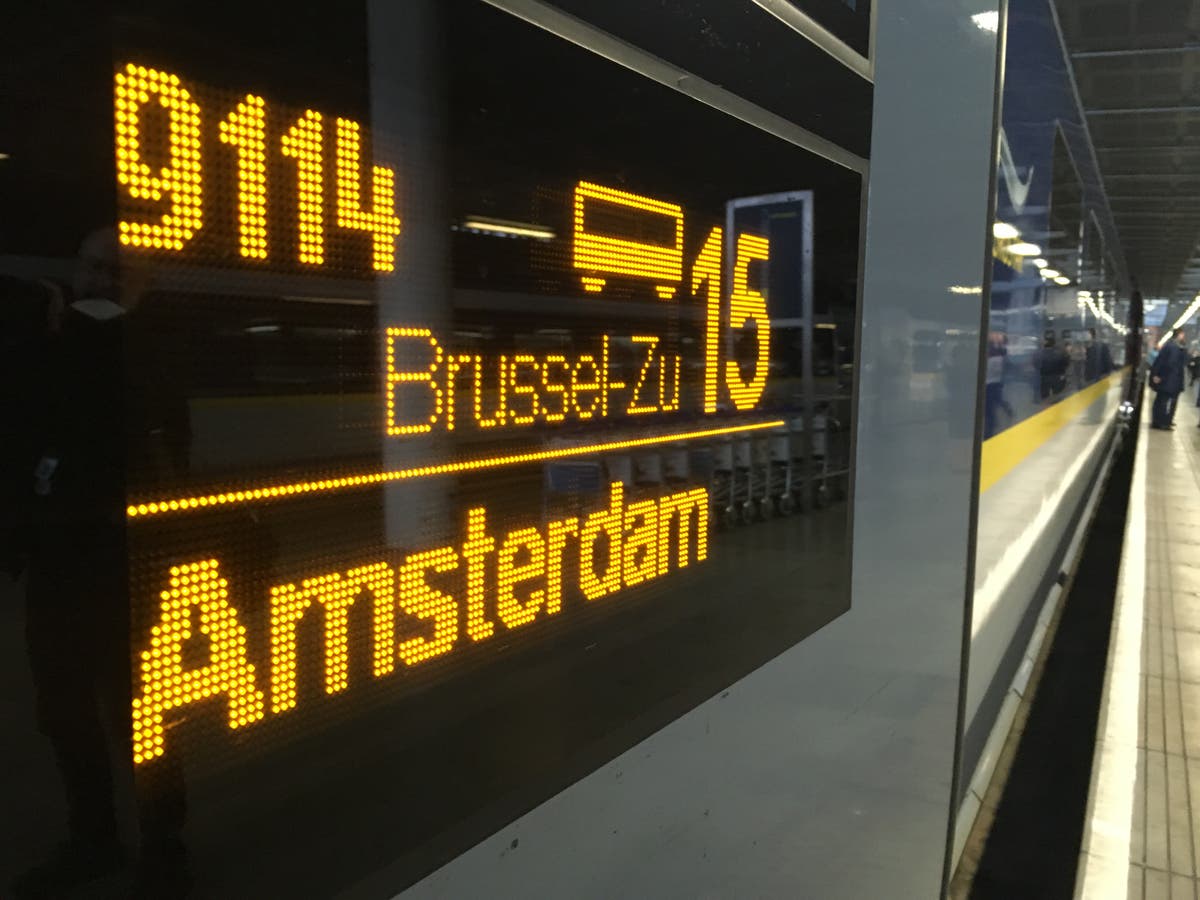 Sign up to our Brexit email for the latest insight

Thousands of seats are deliberately going unsold on Eurostar trains every day as the cross-Channel train operator struggles with post-Brexit passport controls.

Eurostar has revealed that the first wave of morning trains outbound from London and inbound from Continental Europe are capped at 550 passengers – leaving 350 seats, or 39 per cent of capacity, empty.

Since Brexit, border checks at London St Pancras International and the Continental Europe stations have become much more time-consuming.

As the UK government requested in the Withdrawal Agreement, British travellers must have their passports stamped by EU frontier officials in both directions.

European visitors are also subject to more stringent checks at UK Border Force posts at the Eurostar stations on the Continent.

Facilities at the stations were designed to handle intra-EU passenger flows, with minimal formalities for most passengers.

Processing times have risen by at least 30 per cent, with long waits for travellers.

As a result of queues, Eurostar must decide between delaying trains or reducing the number of tickets on sale.

Later in the day, more seats can be filled. But François Le Doze, chief commercial officer for Eurostar, said: “A great proportion of trains are capped.

Eurostar has already reduced the number of trains between London and Paris from 18 to 14 per day.

Capacity at Amsterdam Centraal station is even more constrained – with trains leaving more than three-quarters empty.

Only 250 of the 900 seats can be sold because of severe limits on the UK Border Force location at the Dutch capital.

A further 175 passengers can be picked up in Rotterdam, meaning the train leaves the Netherlands less than half full.

It stops for more passengers at Brussels.

“The pity is we cannot offer enough seats because of these station bottlenecks.

“We are a European company. Our purpose is to grow mobility.”

Ms Cazenave said improved facilities at Amsterdam should be available from 2025, allowing 600 passengers – two-thirds of capacity – to board.

“I’m working on it. One of my priorities is to work with the Dutch authorities that we have an issue. If they want to push a sustainable transport policy they have to work with us,” she said.

The CEO said there is no prospect of opening the two currently mothballed stations in Kent, Ebbsfleet and Ashford, until the capacity issues in the capital cities are solved.

Ms Cazenave was speaking at the launch of a new logo for the expanded Eurostar Group, which now includes the high-speed Thalys train operator – which links Paris with Brussels, Amsterdam, Cologne and Dortmund.

Failure Has Gone to His Head – The Published Reporter®

Modi documentary: Students fight to screen India The Modi Question even as authorities crack down