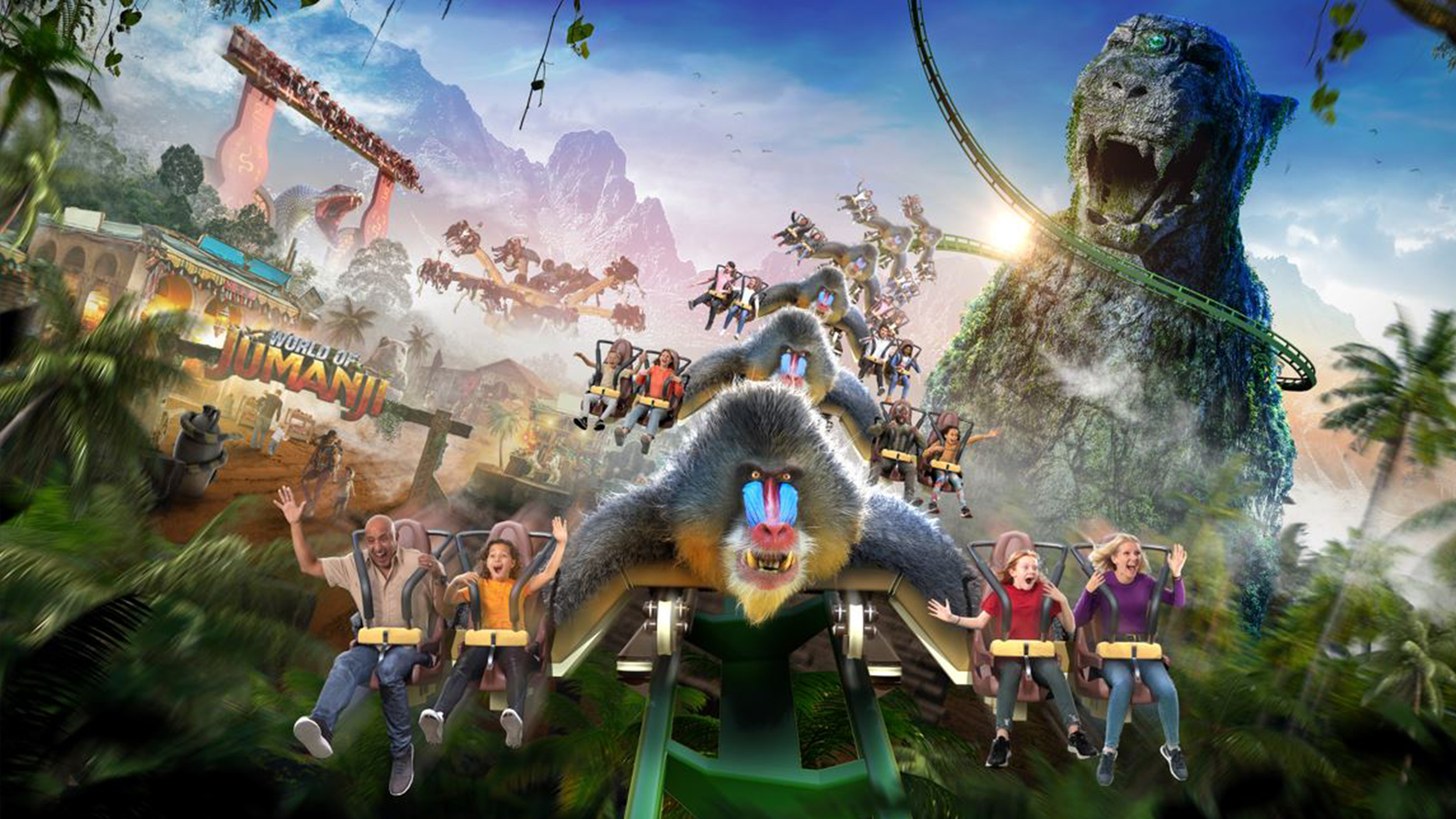 CHESSINGTON World of Adventures Resort have revealed a first look at the highly-anticipated Jumaji land.

Based on the beloved movie franchise, the Surrey theme park will be home to the world’s only Jumanji rollercoaster – Mandrill Mayhem.

New concept art shows what thrill seekers can expect from the park’s first rollercoaster since 2004.

Park goers will be sped through a jungle landscape in the arms of a mandrill (monkey).

After being flipped upside down, thrill seekers will reach a 55ft (16.7m) summit and be sent spiralling to the ground before heading back around the ride backwards.

As well as the stomach-churning rollercoaster, the expansion will also feature two brand-new rides: Mamba Strike and Ostrich Stampede.

There will also be a Jumanji-themed maze (based on the film’s board game), as well as themed food, drink, and merchandise.

Six new Jumaji-themed hotel rooms will be opening at the Chessington Safari Hotel too.

Boss of Merlin Entertainments, which operates Chessington, Scott O’Neil said: “We look forward to Welcome-ing you to the Jungle this spring, as the amazing World of Jumanji opens at Chessington World of Adventures Resort.

“Families should prepare to be turned upside down… literally, as the first new rollercoaster in nearly 20 years at the Resort has a twist, turn and flip that will have you holding on to your seat!

“This is the Next Level for families wanting to explore the ultimate adventure together.”

Ahead of the expansion, which is set to open this spring, guests can book to stay in one of the hotel rooms from 1 April, 2023.

In addition to the jungle mayhem, Chessington World of Adventures Resort has 40 rides and attractions as well as a zoo with more than 1,000 animals.

Tickets start from £36 per person and under threes get in free.

A new theme that has been dubbed the ‘UK Disneyland’ is set to open in 2025 after plans were scaled back last year.

Meanwhile Alton Towers, Thorpe Park and Drayton manor, have been named the best theme parks in the UK.