Flight attendants name and shame the worst kind of passengers 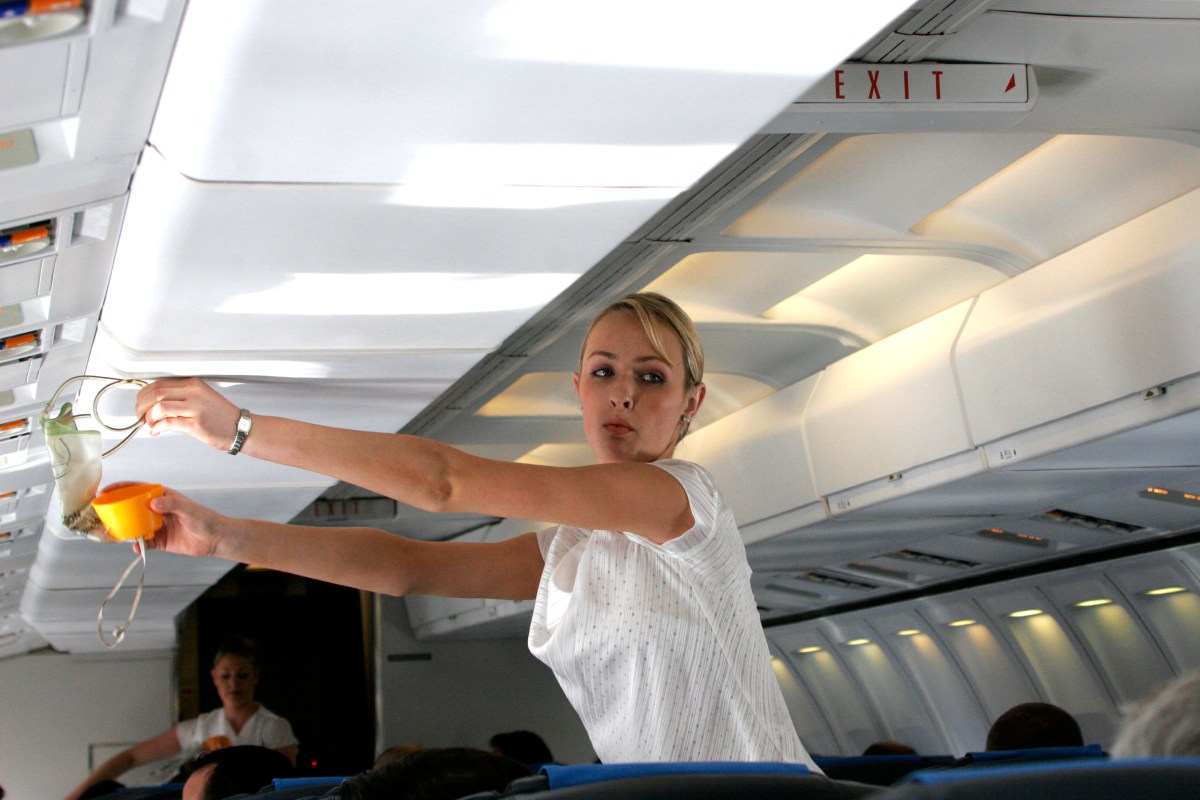 FROM getting too drunk to putting your bare feet on a tray table – there are lots of ways to be a bad passenger.

Flight attendants have revealed the worst kind of passengers encountered on a flight, and you won’t believe some of them.

Lucia Taboada, who has been flying since 2004, revealed the worst (and most bizarre) behaviours she has witnessed in her 17 years in the sky.

One of her most hated sights is seeing passengers barefoot, with some even using a tray table to paint their nails.

She told the Express: “Getting a pedicure on the tray table is thing. Or when passengers go to use the bathroom barefoot.”

Her most surreal experience? A man cutting ham using a 10cm knife.

She said: “On one occasion, after going through the cabin with the service trolley, we found a man who previously rejected the onboard food cutting Spanish ham with a huge knife.

“It was 10cm approximately. Obviously we said he couldn’t use that on the plane and we had to take it away from him.

“The weirdest thing is how he managed to go through security with that knife.”

She finished with the ultimate bad passenger: a drunk: “The worst kind, without a doubt, are the drunk passengers that turn into unruly passengers.

“They even get violent if we refuse to serve them more drinks during the flight.”

Cabin crew member Dan Air was also keen to share his most hated type of passenger – which was people who moaned about everything.

He said: “Apart from the obvious – the drunks, the stags and hen parties – the worst kind of passengers have to be the moaners.

“There are certain things that are simply out of our control.

“If the plane is delayed due to weather or a technical issue. If we’ve run out of the food or drink option you want.

“We want only apologise for these issues, but we can’t change them and taking your frustrations out on us isn’t on.”

A flight attendant has shared a way passengers can get free drinks during a journey.

And one traveller has revealed a clever way to give yourself more leg room on a flight.

NASA researchers say that Mars had large bodies of water very similar to those on Earth.