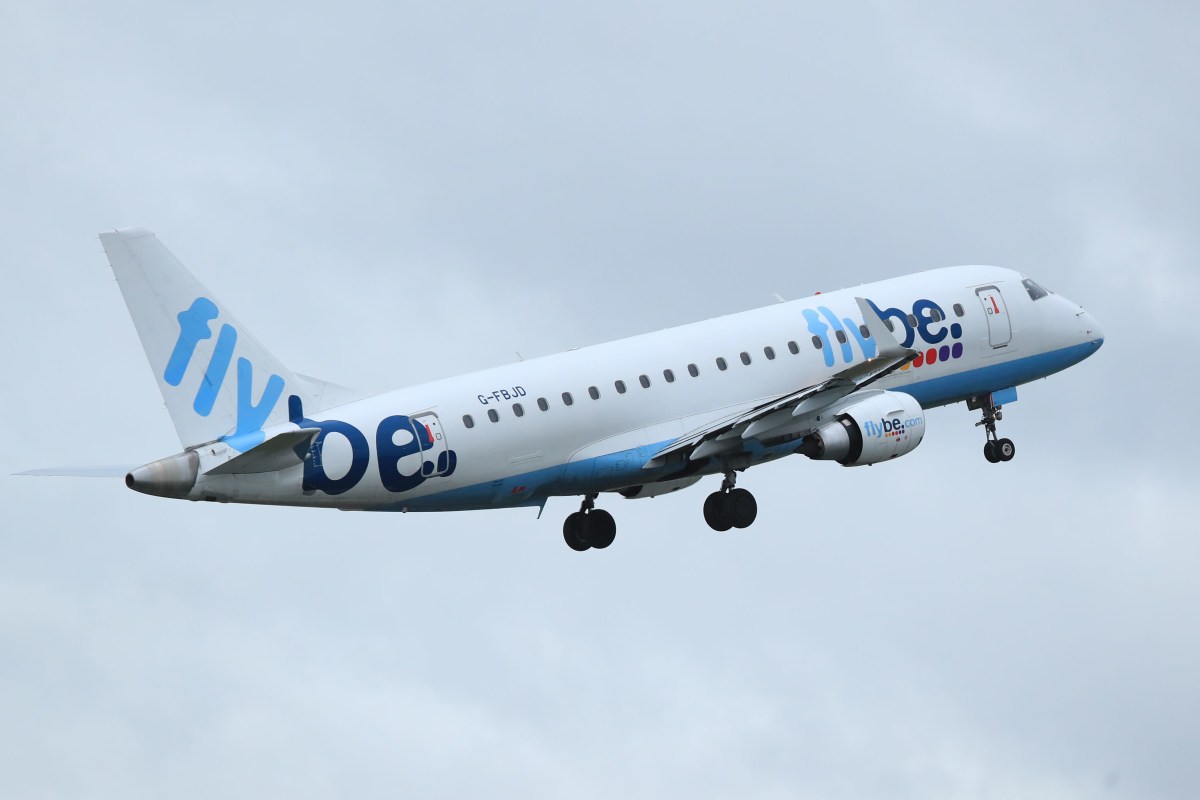 COLLAPSED airline Flybe has announced it will return to the skies next year, two years after it went into administration.

The regional carrier confirmed it will open a new base in Birmingham in 2022.

It said it will serve “key regions across the UK and European Union”, although specific routes have not been confirmed.

Flybe was pushed into administration in March 2020 with the loss of 2,400 jobs as the pandemic destroyed large parts of the travel market.

Its business and assets were purchased in April 2021 by Thyme Opco, which is linked to US hedge fund Cyrus Capital, with Thyme Opco since renamed as Flybe Limited.

It was based in Exeter but had a major presence at several other UK airports such as Aberdeen, Belfast City, Manchester and Southampton, and flew the most UK domestic routes between airports outside London.

Flybe said the opening of its headquarters in Birmingham is expected to create approximately 200 new jobs in the Birmingham and West Midlands region over the next three years.

The airline’s chief executive Dave Pflieger said: “We are thrilled to be partnering with Birmingham Airport, the City of Birmingham, and the Mayor of West Midlands to make BHX the location of our new headquarters and first crew base.

“It was an ideal choice for us due to its great people and highly skilled workforce, its central UK location, and the fact that Birmingham Airport is a global travel hub where local and connecting customers have access to over 150 worldwide destinations.”

He added: “We plan to provide more information in the coming weeks and months about ticket prices, new routes and destinations, and other important news that will help customers visit loved ones, get away for a weekend, and get out on business trips.”

Andy Street, Mayor of West Midlands, said: “It really is such brilliant news that Flybe is coming back as a commercial airline, and even better that it has chosen Birmingham to house its new headquarters.”

Before going bust in March 2020, the airline flew approximately eight million passengers a year, both in the UK and Europe.

The airline began as Jersey European Airways in 1979, operating regional flights from Jersey.

Its route network grew and it was re-branded British European in 2000, before becoming Flybe in 2002.

It flew to France, Germany, Ireland, Italy, Luxembourg, Netherlands and Switzerland, as well as the Isle of Man, Guernsey and Jersey.

But Flybe was hit by a series of problems, including falling demand, rising fuel costs and the weakening of the pound.

A drop in demand for flights caused by coronavirus fears then “made a difficult situation worse” for the budget airline, and despite a bailout of £100m from the government, went into administration.

Amazon is offering 20% off Warehouse deals for Black Friday