How to do the French capital like Emily in Paris 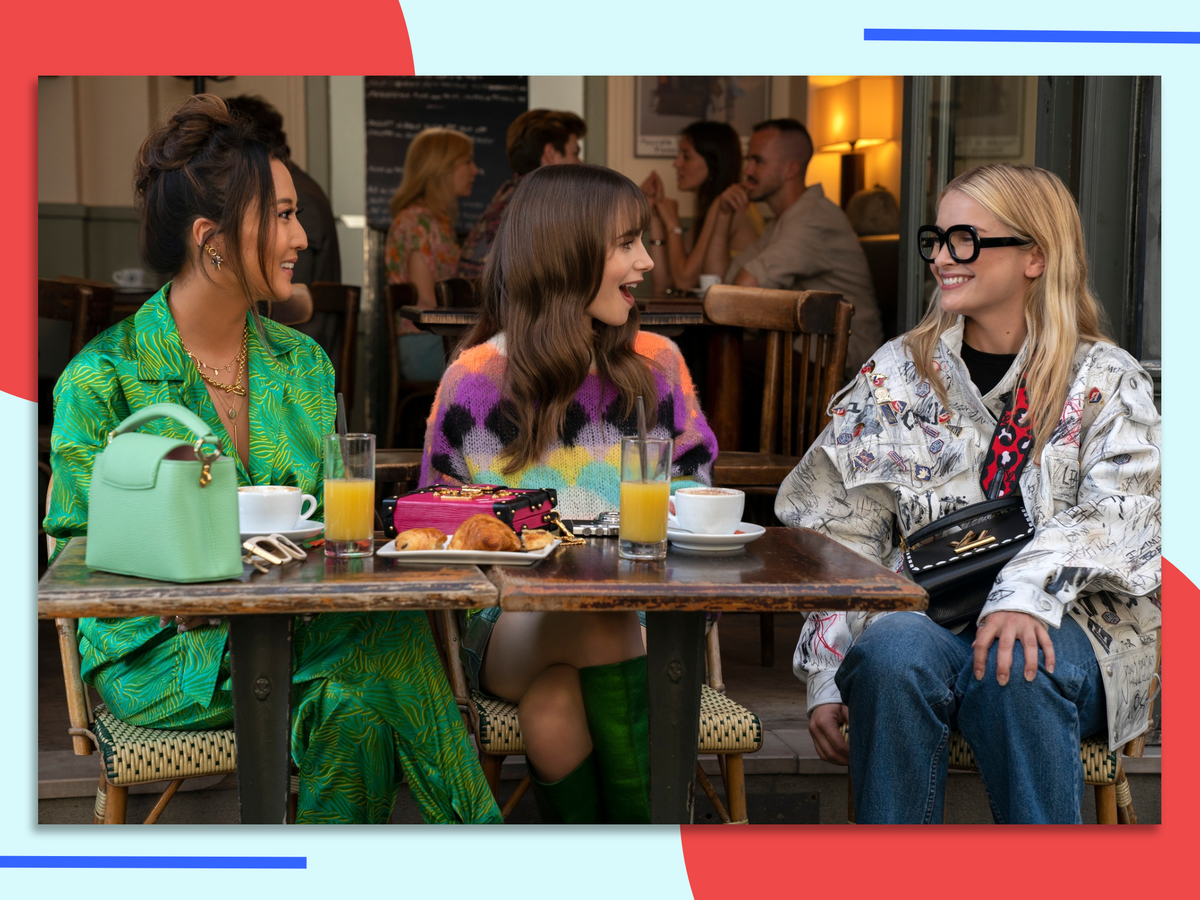 It’s a wrap on Season Three, and Emily Cooper (Lily Collins) shows no signs of leaving Paris. And ogling the sepia-toned shots of bougainvillaea spilling from the wrought-iron balconies of Paris’s Haussmann buildings in the Netflix smash series Emily in Paris, I can’t blame her.

In fact, Emily is on her way to becoming almost French, and the latest series had many moments that rang true about my own experience of moving to France (namely, the horrors of French bureaucracy and the visa system). She still spends an inordinate amount of time fine-dining in restaurants with panoramic views of the Eiffel Tower (Savoir must be paying more than your average Parisian marketing firm), but Emily seems to finally be getting under the skin of the French capital.

Paris is always a good idea, but how do you avoid the tourist traps of lukewarm frites and hawkers touting Eiffel Tower keychains? Follow this guide to experience Emily’s Paris (wardrobe not included).

In the latest season, Emily took ‘funemployment’ seriously and spent a jam-packed few days live-streaming her Parisian escapades to her followers. The Eiffel Tower and Montmartre’s Sacre Coeur may attract every tourist in the vicinity, but they’re popular for a reason.

Once you’ve ticked off the big sites, hit the art galleries. We’ve all heard of the Louvre and Musée d’Orsay, but Paris is home to over 1,000 art galleries, many of which are small, intimate and exude the charm and cool of the gallery run by Emily’s friend/arch-nemesis Camille (Camille Razat). I particularly like the Musée Moreau, home to paintings by 19th-century Symbolist artist Gustave Moreau, with its higgledy-piggledy staircases that look like an illustration from a Lemony Snicket novel. The Musée Picasso is another highlight, and it’s difficult to say which grabs the attention more, the artwork or the building.

Summer may feel some way off, but Emily makes the most of getting outside in Paris. The Fête de la Musique, where Emily serenades Alfie (Lucien Laviscount) in Episode Two, is a free, nationwide event that takes place annually on the Summer Solstice (21 June). The biggest and best stages usually appear on the banks of the Seine, outside the Louvre and the Petit Palais, but walk through the streets of any arrondissement and you’ll discover amateur buskers and groups (Montmartre is particularly good).

If the heat of the city gets too much, head to Piscine Molitor. This is the actual pool where Emily and her best friend Mindy (Ashley Park) spend the day drinking cocktails in Episode Five.

Emily lives in the 5th arrondissement, on Rue des Fossés Saint-Jacques. This is on the edge of the Latin Quarter, the oldest district in Paris, built by the Romans. It’s exactly as it looks on TV: independent bookshops, quirky cafés and bistros and tree-lined boulevards. The central location makes it the perfect base for a Parisian séjour.

To truly emulate Emily, book a chambre de bonne (maid’s room) on the top floor of one of the old Haussmann buildings, but overpackers beware: many of Paris’s old Haussmann buildings still don’t have elevators. Four-star Hôtel Léopold has pretty rooms decorated in an Art Nouveau style and is just the other side of the Jardin du Luxembourg. Doubles from €170; leopoldhotelparis.com

Gabriel (Lucas Bravo)’s restaurant may be fictional, but the bourgeois little streets of the Latin Quarter are lined with exquisite and often reasonably priced bistros. JJ Beaumarchais does a great value three-course lunch menu for €26 on weekdays.

And Gabriel wasn’t lying when he said McDonald’s in Paris was something special. McDonald’s Saint-Lazare is particularly spectacular, with an Alsatian shopfront like something out of an Advent calendar. Admire the exterior but don’t stay for petit déj; Fou de Pâtisserie is a 15-minute walk away in Pigalle, with glazed cakes shinier than Emily’s blow-dried locks.

For an experience worthy of Emily’s social media feed, splash out on dining on the rooftop terrace at Michelin-starred L’Oiseau Blanc. The dishes are so beautifully presented you may even forget to admire the Eiffel Tower in the background.

“Go to Angelina’s”, says one of Emily’s Instagram followers, and there’s no doubt that it’s a Parisian institution. There are seven across Paris and Versailles and the house specialityis a thick, rich hot chocolate served with lavish bowls of whipped cream.

Angelina is deserving of its glowing reputation, but to enjoy an equally decadent hot chocolate without rubbing shoulders with every tourist in Paris, head to Bontemps instead.

You don’t need a friend who sings in a jazz club to appreciate Paris’s bar scene. Piano Vache (again, a stone’s throw from chez Emily) hosts regular live jazz nights and has reasonably priced drinks. For drinks with a view worthy of the show’s opening credits, go to Brach, a rooftop bar with a gourmet cocktail menu.

To do Paris Emily-style, you have to look the part, but most of us have neither the financial means nor wasteful inclination to buy a new designer outfit for each soirée. Fortunately, Paris’s friperies are full of gems cast aside by a fashion-conscious population. Prisca Paris has eye-catching vintage pieces that wouldn’t look out of place at a Pierre Cadault launch.

Since your trip to Paris sits somewhere between cheesy romcom and exaggerated telenovela, the rule is that you must always have a bouquet of freshly purchased flowers in your hand. Emily and Mindy go to fictional florist Marguerite et Capucine, but I recommend the flower market on Île de la Cité.

Catch the Eurostar from London St Pancras and you’ll be in Paris in two hours and 16 minutes.

Everything Everywhere All at Once tops Oscar nominations with 11; Michelle Yeoh first Asian actor nominated for best actress