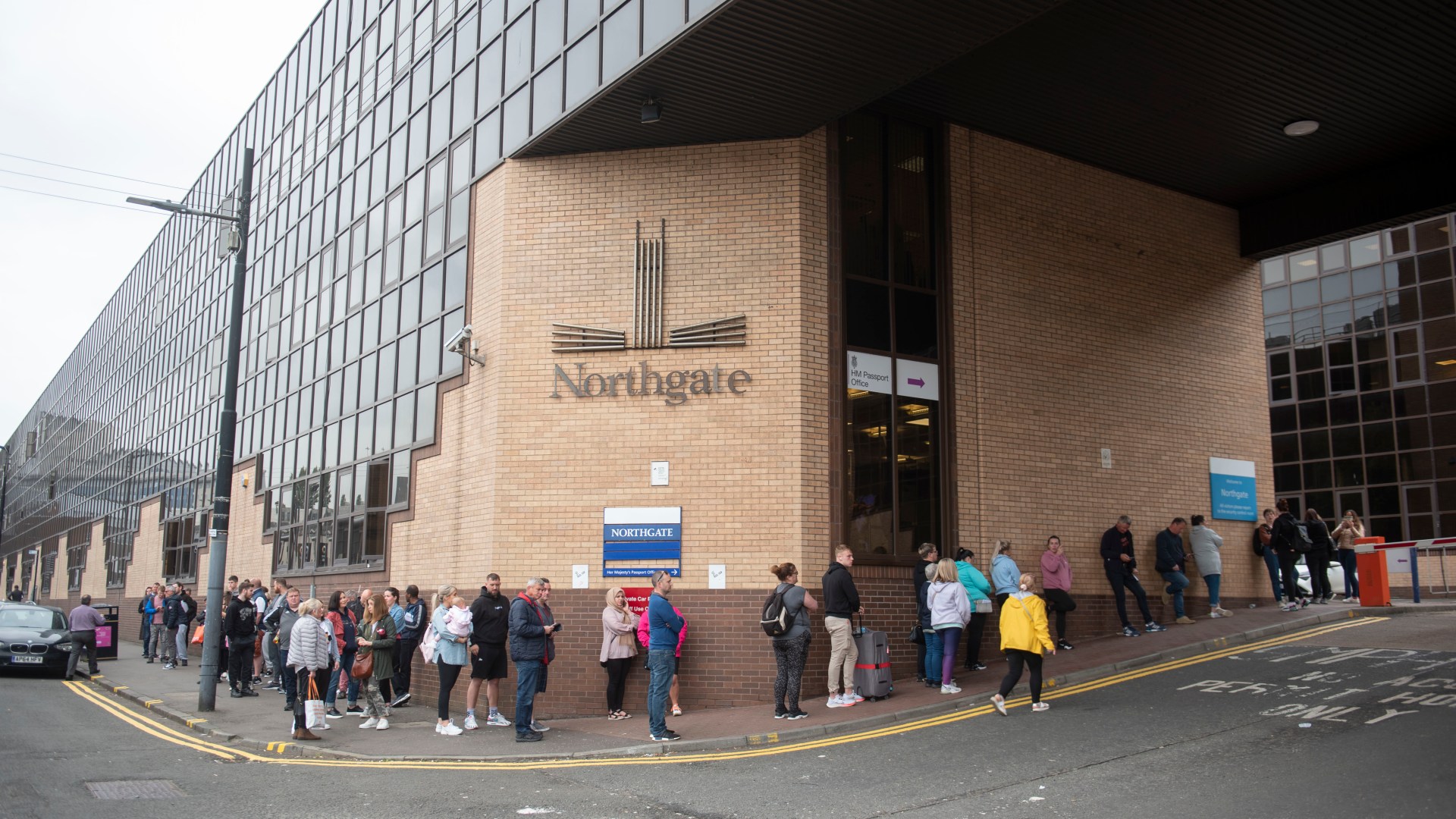 FAMILIES face an anxious wait over travel documents as fears rise passports will not be available in time for the summer holidays.

Long queues were formed outside the Glasgow Passport Office today as many have faced delays in receiving new passports in time for the summer.

Travellers have been facing delays across the UK due to a surge in passport applications as restrictions are lifted and post-Brexit rules are due to come into force.

Rules around visiting EU countries have changed with passports needing to be valid for three months after the date a traveller leaves the EU country.

People must also check their passports have been issued within the last ten years.

The chaos has reportedly resulted in people waiting on helplines, queuing in front of passport offices and missing out on holidays. 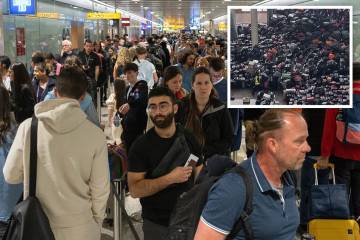 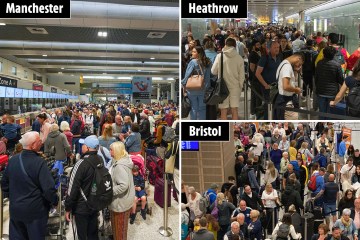 Travellers have blasted the delay claiming their experiences have been “horrendous” and “shambolic”.

Furious travellers have also taken to social media to voice their frustrations.

One user said they arrived at Glasgow Passport Office at 7.45am and said there was already about 60-70 people ahead of them and the office didn’t open until 8.30.

Her Majesty’s Passport Office (HMPO) said last month they anticipated 9.5 million passport applications to be made this year.

In March 2022, HMPO processed more than one million applications, the highest number on record.

HMPO also said because of the demand in international travel, since April 2021 they advised people to allow ten weeks for their application to be processed.

They say this is still the case.

The Home Office says on its website that staff numbers have been increased, with more workers soon to be recruited to help with the increase in applications.

EasyJet have already cancelled 600 flights with many more expected throughout the summer months.

Ryanair boss Michael O’Leary warned the chaos could last for the whole summer.

A number of issues have also plagued luggage with piles of suitcases being stranded at airports.

Hundreds of suitcases were left at Heathrow Terminal 2 after luggage belts broke.

A HM Passport Office spokesperson said: “Staff are processing approximately 250,000 passport applications each week and the latest figures show that 98.5% of applications have been completed within ten weeks.

“But we cannot compromise security checks and people should apply with plenty of time prior to travelling.

“Since April 2021, we’ve clearly stated that people should allow up to ten weeks when applying for their passport to factor in the increased demand, which has seen 5 million people delay their passport application due to the pandemic.

“An expedited service is available to help the small percentage of people whose applications take longer than ten weeks to receive their passports before they travel.”

Trump Answers Question About the Possibility of…