Now isn’t the time to drink wine from a Spanish porron. Or is it? 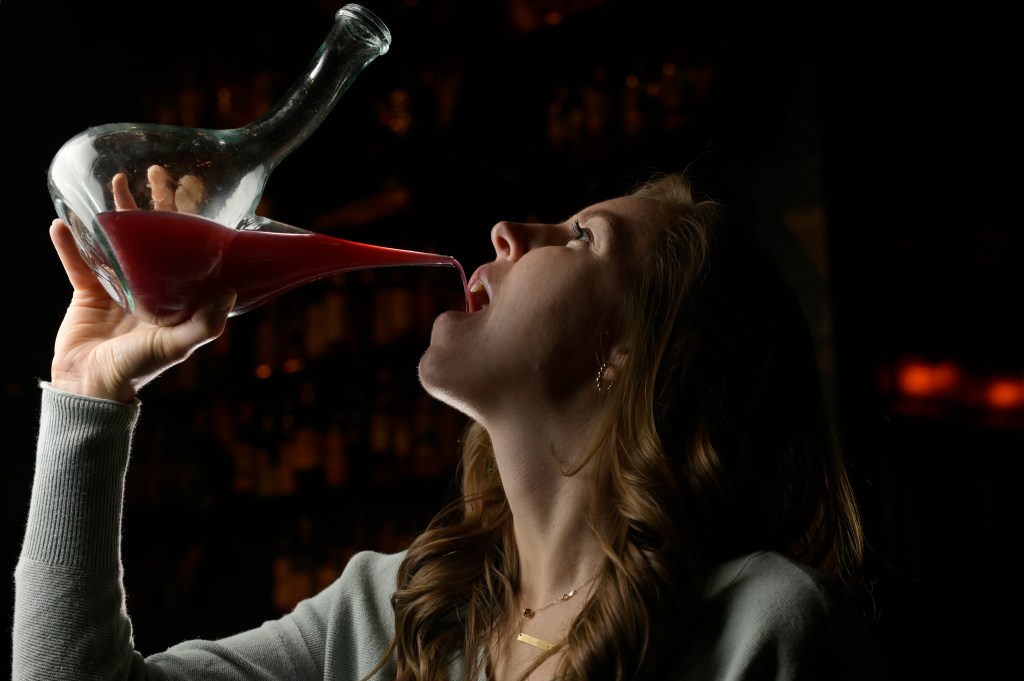 There is perhaps no vessel more fun to drink out of with friends — but seemingly less friendly to the pandemic-era restaurant environment — than the Spanish porron.

Dating back at least 500 years in what is now Catalonia, in northeastern Spain, porrons are used primarily to drink red wine in a communal setting. You lift the small glass jug, with its delicate spout, into the air, tilt your head back and pour a thin, arcing stream of wine into your open mouth. The goal is not to touch the spout with your lips and not to spill any liquid.

Neither is easy to accomplish.

In Colorado, porrons can most often be found in Spanish-style restaurants like Ultreia, Barcelona Wine Bar and El Five, but because of the fun effect they have on diners, you’ll also find them at eateries and beer bars like Hop Alley (where I indulge), Goed Zuur and Primitive Beer Co.

At El Five, which serves dishes from more than a dozen Mediterranean countries, you can order a porron filled with sangria (the most popular option), Spanish red wine, a sherry and juice mixture called a sherry cobbler, or house-made sweet vermouth and tonic. The trained staff will flamboyantly pour each beverage from the porron into your glass or, if you aren’t worried about staining your clothes, you can drink from it in the traditional way.

“You’re going to want to take a look at your outfit, and know your skill level,” said Jeff Wilkins, the beverage manager for Edible Beats, the restaurant group that owns El Five. “It is a lot of fun, very interactive. For guests who haven’t seen it before, it’s a whole show.”

But fewer people are ordering porrons now than they were a few years ago — “call it B.C., before COVID,” Wilkins said. El Five removed the porrons from the menu in 2020 in part because of their communal nature, which doesn’t fly in a germ-conscience environment, and because they’re made from hand-blown glass rather than traditional tempered glass, and the staff wasn’t sure they could sanitize them as rigorously.

The restaurant only brought them back this past November, and although the restaurant serves several every night, Wilkins said the total is fewer than it was previously.

Ironically, some historians believe porrons became popular because people could drink from them without touching their mouths to the vessel, something that helped avoid the spread of disease. Of course, if you do end up touching the spout with your mouth, the opposite is true.

So, with that in mind, is our modern pandemic-era the worst or the best time to drink from a porron in a restaurant? You’ll need to don dark colors and a sense of adventure to find out for yourself.

Subscribe to our new food newsletter, Stuffed, to get Denver food and drink news sent straight to your inbox.