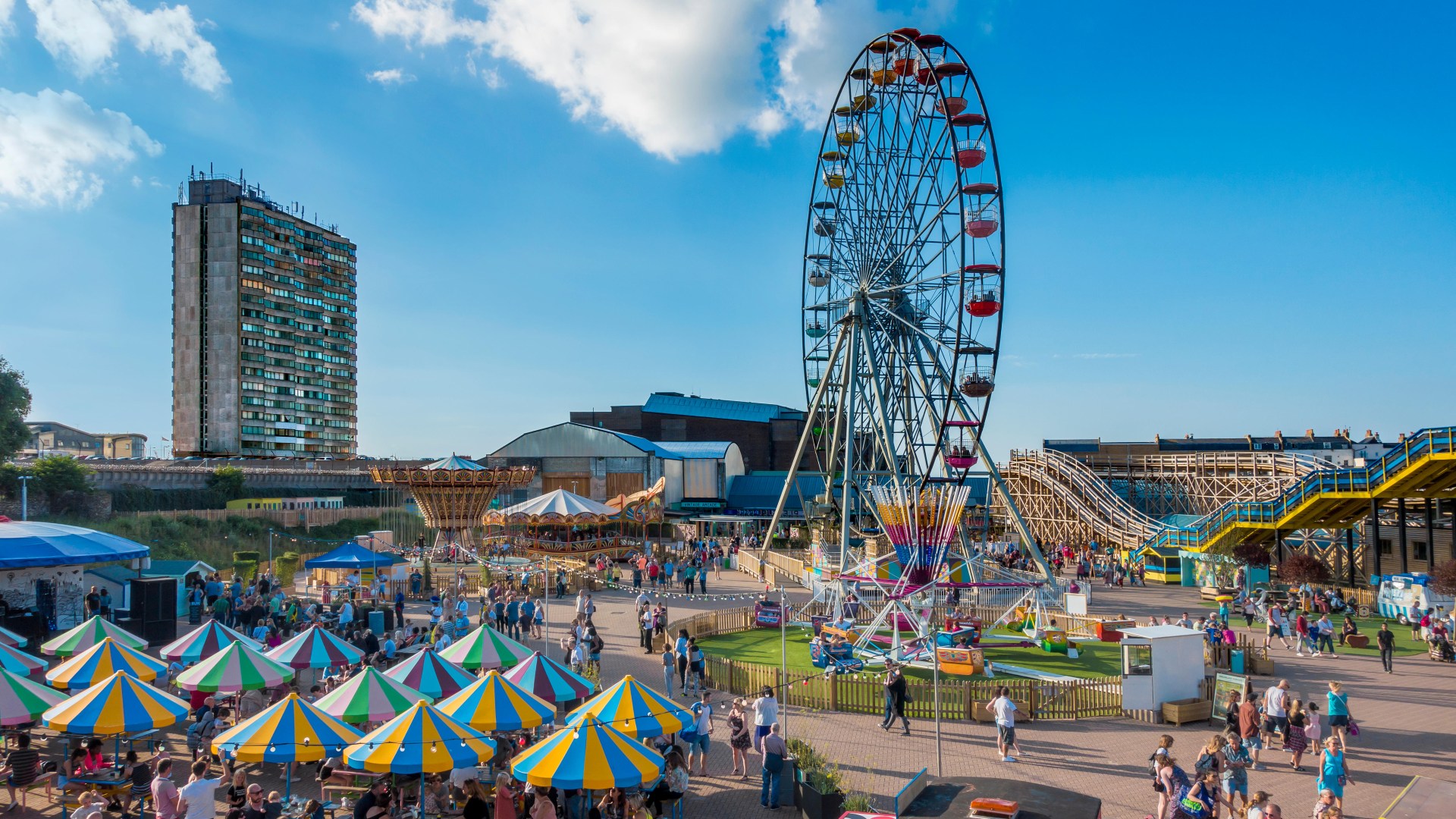 A THEME park in the UK was once deemed to be “better than Disneyland”.

Dreamland, in Margate, is one of the oldest theme parks in the UK, having opened in 1880.

However, it closed a number of times over the years, before going into administration in 2005.

It reopened in 2015 with huge £25million renovations to the park, including resorting the Grade II listed wooden rollercoaster.

Chris Britcher, who grew up in Kent, praised the theme park as rivalling Disneyland back in the day.

He wrote on Kent Live: “The early eighties was a time when the ultimate holiday seemed to be a mortgage-busting ticket to Florida and the Disney parks.

“But to me, as enticing as some of the rides across the pond seemed, Disney’s saccharine brand was enough to make Dreamland, the theme park formerly known, temporarily, as Bembom Brothers, appear to have their beating at every level.

“This was British charm, soaked in temperamental British sunshine and with good old British grit and grime thrown in.

“By the time the day had ended I was exhausted and exhilarated.”

Having recently moved to Margate myself, I can definitely see how the whimsical attraction could rival the Disneyland fantasy, if in style rather than size.

As soon as you enter you’re greeted by bubbles and bright colourful gates with flashing lights and signs telling you to smile.

Inside are rides including the Scenic Railway rollercoaster (much faster than I was expecting for one as old as it is) as well as a huge Ferris Wheel you can see as soon as you pull into Margate train station.

There is a Margate Mystic if you want to find out about your future, as well as smaller fairground rides, including waltzers, dodgems and ghost train.

For a bit of retro fun, there is also a huge indoor arcade and skate rink for roller discos, complete with great tunes, neon lights and disco ball.

And forget about the Disney prices – Dreamland used to cost to enter but is now free to go in, although you will have to drop some cash to go on the rides.

The park reopens this year from spring 2023.

Celebs love it too – Marina and the Diamonds filmed one of her music videos there, while acts including Gorillaz and Noel Gallagher have performed there.

In recent news, the Dreamland cinema was used in the new Sam Mendes blockbuster Empire of Lights, featuring Olivia Coleman.