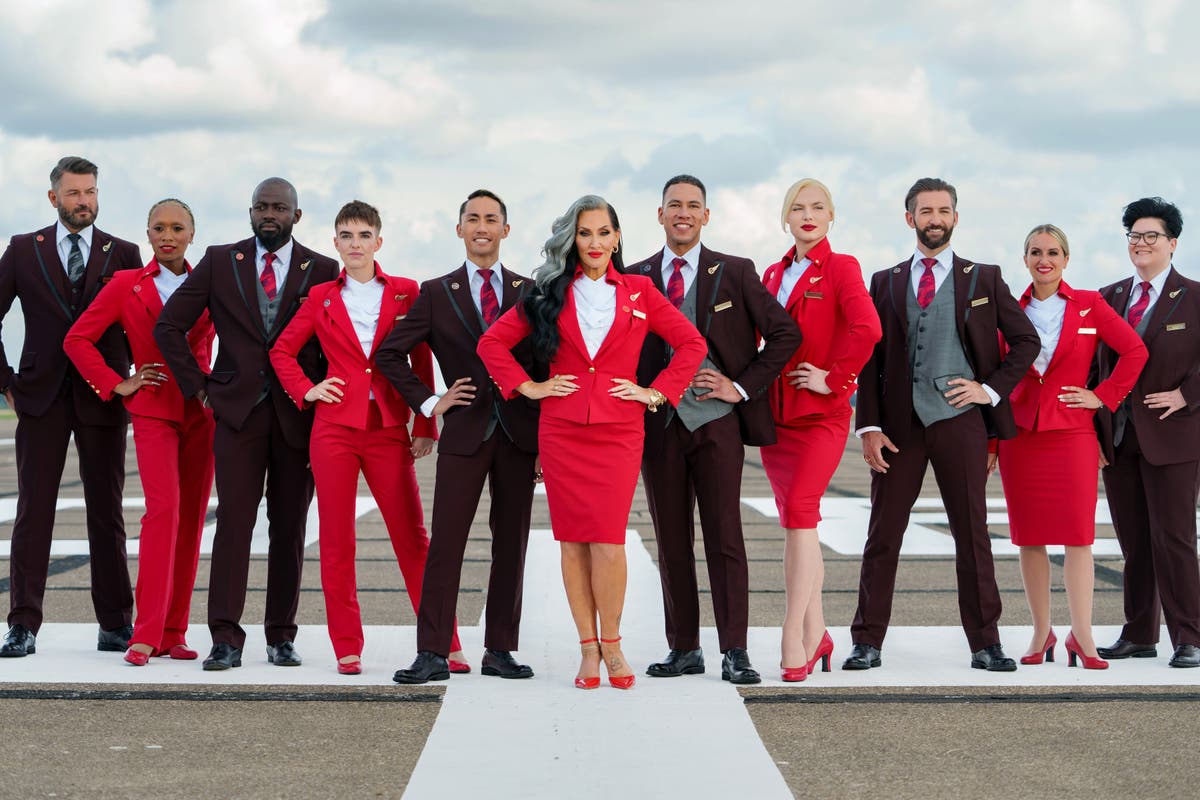 Virgin Atlantic staff will be allowed to choose their uniform after the airline decided to officially scrap gendered workwear.

Pilots, cabin crew and ground staff will be given a choice between the Vivienne Westwood-designed blazer and trousers with a tie, or a blazer and skirt, in either burgundy or bright red.

Since 2019, the airline allowed female staff to wear trousers as part of their standard bright red uniform and also stopped imposing a rule requiring them to wear make-up and high-heeled shoes.

But now the free choice between full-length trousers or a knee-length pencil skirt has been extended to all staff members – whether they identify as men, women, or non-binary.

The airline will also be making pronoun badges available for crew members, as well as customers who can request them at check-in.

Jaime Forsstroem, a cabin crew member, said: “The updated gender identity policy is so important to me. As a non-binary person, it allows me to be myself at work and have the choice in what uniform I wear.”

Customers will also be able to book tickets using ‘U’ or ‘X’ gender codes – used in passports issued by a number of countries – as well as the gender-neutral title ‘Mx’ after the airline changed its ticketing system.

It has also introduced mandatory inclusivity training for all Virgin Atlantic and Virgin Holidays staff, the company said.

Michelle Visage, a judge on the TV show RuPaul’s Drag Race, worked with the airline as part of its ‘Be Yourself’ campaign to “reflect the diversity of its workforce”.

As part of its campaign, the airline – earlier this year – became the first in the UK to allow staff to have tattoos on show.

Juha Jarvinen, Virgin Atlantic’s chief commercial officer, said: “At Virgin Atlantic, we believe that everyone can take on the world, no matter who they are.

“That’s why it’s so important that we enable our people to embrace their individuality and be their true selves at work.

“It is for that reason that we want to allow our people to wear the uniform that best suits them and how they identify and ensure our customers are addressed by their preferred pronouns.”

PSG president hits out at ‘not fair’ Barcelona asset sales

When and Where to Watch FIFA World Cup 2022 Live…