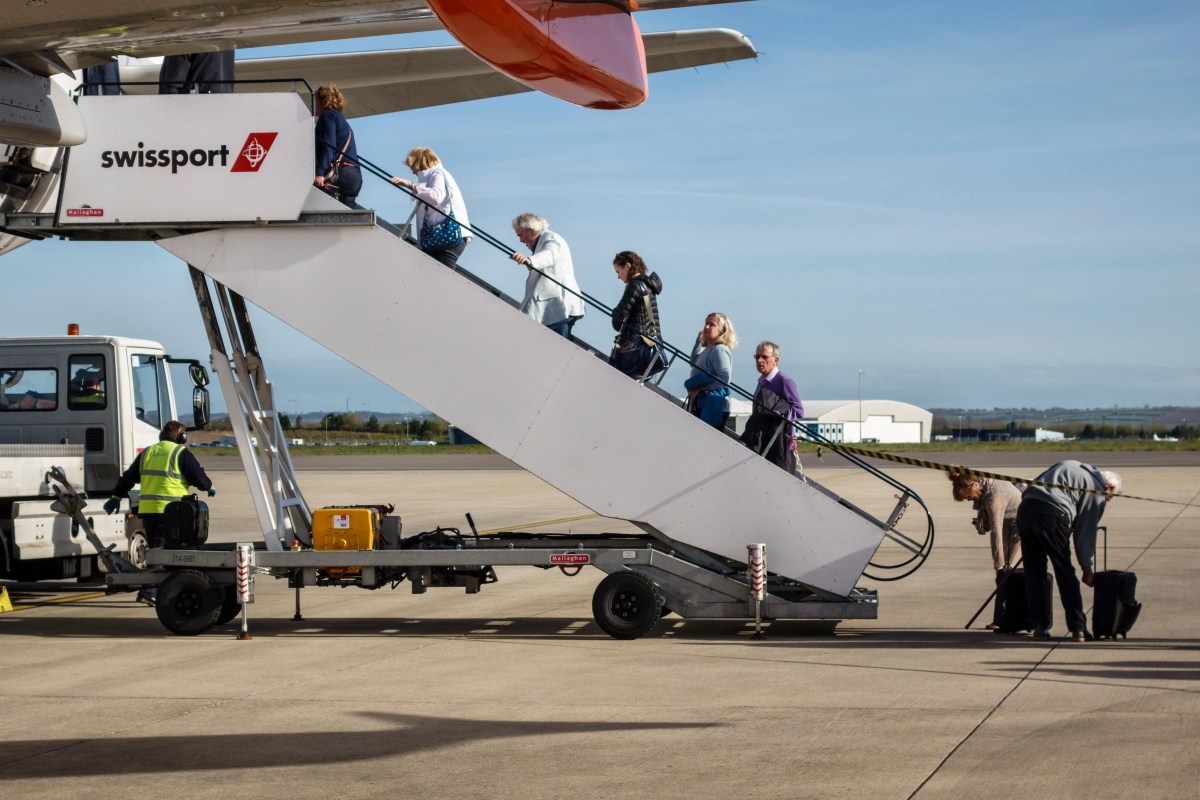 PASSENGERS are paying extra to board flights LAST, despite people often rushing to be the first onto the plane.

A travel expert has revealed why this is – and it means you are one of the VIP travellers.

Gilbert Ott, who runs the God Save The Points blog, said this is often used by celebrities and A-listers.

He asked what “true luxury” was, adding: “Is it boarding first, or is it actually boarding last?”

And he explained why boarding last is a symbol of status.

He said on his website: “If A-listers were to have their say, there would be a pretty clear consensus.

“After what usually feels like 10-15 minutes of pure idling, where everyone appears to already be on board, the flight deck seems ready to go and crew have completed final checks, that’s usually when it happens.

“A true ‘A-lister’ magically appears, and the aircraft door practically closes behind them, on command, and the words ‘cabin crew, boarding complete’ come over the loudspeaker.”

He added: “Anyone can actually pay for this perk at certain airports, but it doesn’t come cheap. For A-listers the detail is different.”

According to Bloomberg, these VIP perks can cost anywhere between £80 and £3,000, depending on what is being offered.

This includes worldwide services like Royal Airport Concierge and Blacklane PASS, which ranges from having a personal assistant to help you check-in and board, to full-scale luxury with limousines, private suites and a butler.

This also means you could have been flying with your favourite celebrity on board, and not even realised.

Gilbert said: “You’ve probably been on flights with A-listers before, but through the magic of these special teams, boarding last and being first off, you just might not have known it.”

Frequent traveller Paul Ewart also explained why he prefers to board last rather than first.

He said: “You have an assigned seat, being first isn’t going to get you a better one, and the aircraft isn’t going anywhere without you — the umpteen loudspeaker calls chasing missing passengers are testimony to that.”

Travel TV host Samantha Brown, who is a mum of twins, said it is even better to board late when you are travelling with kids.

While this might sound like a nightmare for parents who want to get on when it is quiet, she said that by waiting in line, children will not have to sit in their seat on the flight for as long while others board the plane.

Yet if you are one of the travellers who likes to get on the plane first, make you aren’t “gate-licing”.

Defined as air passengers who swarm the boarding gates before their seats are called, they’re among the most hated type of travellers.

With the opening to foreign tourism, Miami expects a substantial boost for its economic recovery.