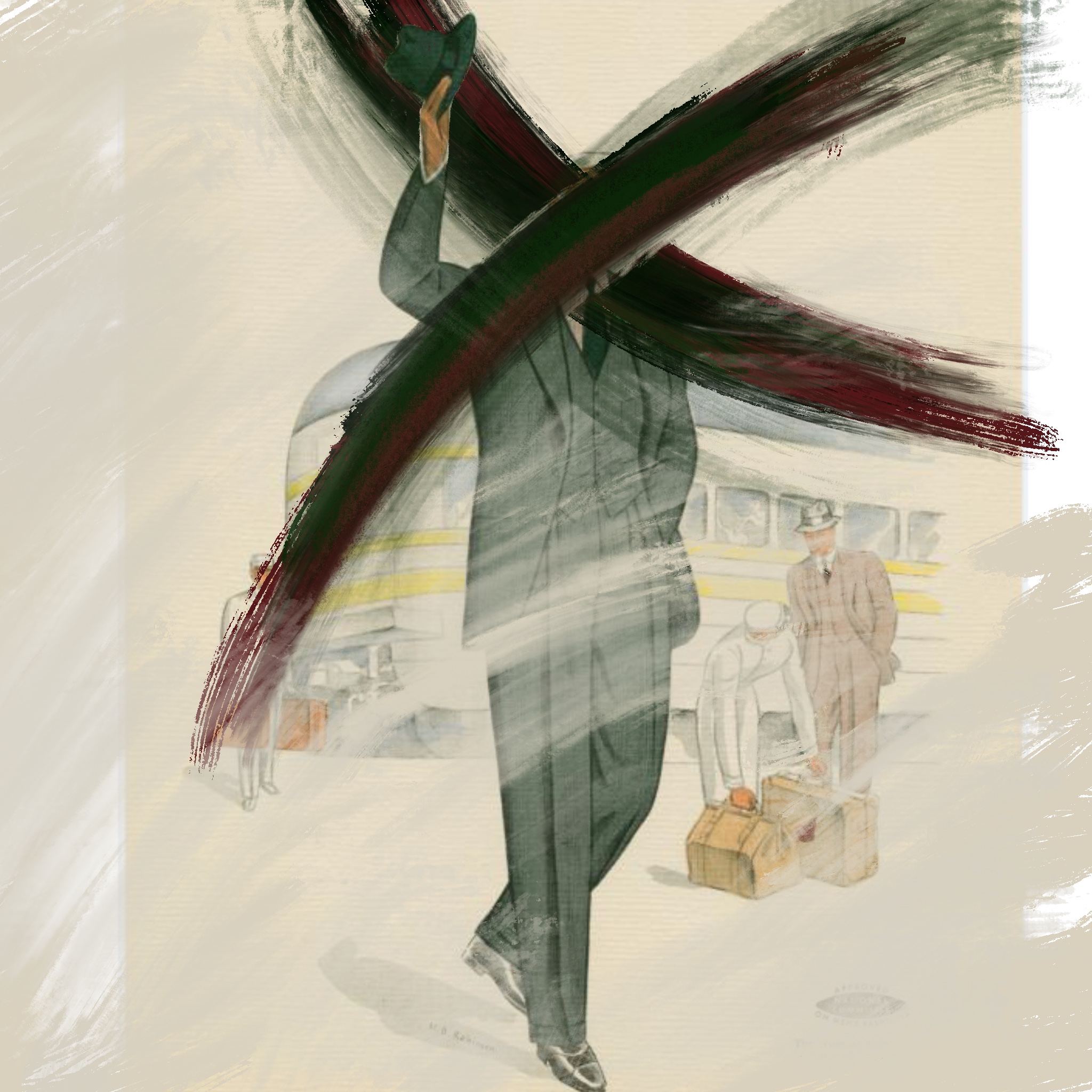 In Part I of this series, readers met Geoff Chapin, the founder of C-Combinator, a climate-tech startup that removes rotting, methane-emitting seaweed from Caribbean beaches and turns it into sustainable products. Chapin considered funding his company through traditional venture capital, but ultimately took other routes.

The rationale for bypassing traditional VC was twofold. One, he didn’t think there were many VCs who were well-positioned to intelligently back C-Combinator’s mission. But perhaps more important, why should a founder surrender the substantial equity that VCs seize if she doesn’t have to?

Chapin’s funding dilemma illuminates the crisis moment that traditional VC is undergoing. On October 26, Sequoia Capital, one of the oldest and most blindingly successful VC firms in the world (and my former employer), announced that it is making fundamental changes to how its business is structured. Instead of creating a series of funds that open, invest and close after 7-10 years, Sequoia will now put everything it owns—private and public investments—into a single fund that will never close (some call it a “rolling fund.”) Its limited partners will have the freedom to cash out whenever they want.

Roelof Botha, the biggest cheese in Sequoia’s US office, said: “We think the VC model is outdated,” echoing the point made in the first part of this Observer series.

So what has made the historic VC model obsolete, and what will replace it?

Everybody Wants to be Part of the Act

Arguably, the first fissure in the titanium-reinforced 20th century VC model occurred in 2005, with the founding of Y Combinator. Paul Graham’s incubator/accelerator gave money to entrepreneurs in smaller amounts than “Big VC” typically had—often four-figure checks as opposed to seven or eight. But it wrote those checks to more people and also provided founders with services—office space, pitch advice, hiring help—that weren’t usually offered by traditional VCs. (Even then, though, big VCs were in the picture, making sure that they would have an early hand in any potential disruption; Sequoia Capital was an early investor in Y Combinator.)

Since that time, thousands of companies have passed through the Y Combinator gauntlet, and thus begun a democratization of the startup-industrial complex. (Although democratization does not necessarily equal diversification; most of the companies funded by Y Combinator still have white male founders.) That boost of the “supply side” of early startup capital broadened its reach, and helped spread the word about the outsized returns it could yield. In response, the “demand side” of VC has also exploded; as Shark Tank became a monster TV hit, millions of Americans convinced themselves that they knew as well as any VC how to assess the risk and reward of investing in an early-stage company.

Even if they couldn’t. For most of the half-century during which modern VC has existed, there was no easy, systematic way for anyone but the heaviest of hitters—pension funds, university endowments—to get in the startup game without becoming a limited partner in a traditional VC fund. It’s tempting, and not entirely wrong, to attribute that exclusion to “elitism,” but more fundamentally, the hurdle was legal: until quite recently, financial regulators looked at early-stage investing as far too risky to allow the vast majority of Americans to participate.

That exclusion changed profoundly with the JOBS Act, which became law in phases beginning in 2012. Today, millions of individuals and organizations can invest in startups and it’s logistically not much harder than buying shares of Tesla. If you’re a qualified investor, EquityZen will sell you a piece of a hot company (like Zipline) that has yet to go public, although typically you will need at least $10,000 to invest. Yieldstreet, an alternative investment platform, has recently created a channel that allows retail investors to buy chunks of the heavily coveted venture funds run by Greenspring Associates and others.

Milind Mehere, Yieldstreet’s founder and CEO, told me: “It’s impossible to get into their funds, they are incredibly fully subscribed.” When the company announced this in early October, it hailed “yet another advance that we are making to break the exclusive grip that the ultra-wealthy and institutions have.” Others take the social goals further. Another firm called A100x, which focuses on blockchain properties, is reserving a certain number of limited partner seats for women and minority investors.

How Can I Move the Crowd?

Even people with as little as $100 to invest can now easily find their way into startup investing through crowdfunding. Do you want to support the Chilean bakery that just opened up a few blocks from you? Browse through Mainvest and there’s a decent chance you can buy a piece of it.

There are several caveats here. Crowdfunding is unlikely to deliver the kind of 5x returns that draw institutional investors to traditional VC firms. It’s also no simple replacement for VC funding—the logistics of having dozens or hundreds of investors will be daunting to most entrepreneurs.

And of course equity crowdfunding is extremely nascent; for all of 2021, perhaps $500 million will go into US startups through this channel. By contrast, on average, VC firms invest more than twice that amount every single day. Still, the growth is remarkable—70% annually for the last couple of years.

More and more founders are turning to crowdfunding—less, perhaps, as a financial lifeline than as a buy-in marketing method that doesn’t depend on getting press coverage—a benefit that traditional VC firms are not always expert in. C-Combinator’s Chapin told me that crowdfunding is “a real minority of what we’re doing, literally about 5% of our funding. But it allows us to importantly create champions around the world who care about our company. It democratizes investments in solutions. That’s what we really care about.”

Goodbye to the Middleman

One way to read Sequoia’s recent reorganization is that limited partners–the big institutional investors who put money into VC firms–have not always been crazy about having their money tied up in funds for seven or ten years, even when the ultimate payoffs could be phenomenal. In the future, it seems like Sequoia’s LPs will be able to cash out on an annual basis.

Outside Sequoia, an increasing number of would-be limited partners are questioning whether they need traditional VC at all (and lots of non-VC financial players are trying to hone in on the venture space, to tell them they don’t). From the investor’s point of view, if you’re not paying the 2/20 fees, you don’t need the spectacular returns.

Big investors, including little-sung heroes of venture capital like insurance companies and family offices, can invest directly in startups without going through the VC middleman—or paying the fees to do so. One of C-Combinator’s largest investors, for example, is the venture arm of a family office, Baruch Future Ventures. The firm’s Jason Holt told me that he believes BFV’s specific focus on climate projects gives the founders it invests in an advantage they are unlikely to find at most traditional VC firms.

And matching founders and funders has never been easier. Blair Silverberg has created Hum Capital, an AI-driven investment platform that he compares to KAYAK, the travel search engine.

Silverberg, a veteran of legendary VC firm Draper Fisher Jurvetson, emphasizes that while there will always be startups for whom venture capital is the best route, most companies can find more efficient funding—usually in the form of debt/loans—that doesn’t dilute their holdings. Hum Capital takes a cut of the transaction but doesn’t as a rule take equity in the companies.

“We work with some insurance companies that are literally direct investors in over 200 venture capital funds, all the ones that you’ve heard of,” Silverberg told me. “So why don’t they invest directly in those companies? It’s not that they don’t have the interest or capital. They just don’t have the manpower. As it’s become easier to quantify what’s happening in businesses, by connecting into the SaaS systems they use, you don’t need as much manpower.”

Can all these developments overturn traditional VC, force it to change, or transcend its historic blind spots discussed in Part I? Sequoia’s dramatic announcement suggests that the answer is at least maybe.

“I remember being a man and an old school venture capitalist; ‘Does this product for women resonate with me? I don’t know. Maybe I’ll ask my wife’,” Silverberg told me. “It’s really hard to assess that. Now we can just say: the data shows this product is resonating and it’s completely irrelevant what we think about it. ’Cause we’re not the target customer.”

In a recent LinkedIn post, Silverberg contends that Hum’s insistent focus on performance data could remove much or all of the bias that has guided VC investment to date. “46% of companies signed up on our Intelligent Capital Market are outside Silicon Valley and the “coasts,” signifying how there are plenty of opportunities in the US outside of the traditional tech hubs where entrepreneurs with innovative, forward-thinking companies are looking to scale. Removing bias is a huge part of our mission to connect great companies with the right capital.”

James Ledbetter is the Chief Content Officer of Clarim Media, and the editor and publisher of FIN, a newsletter about the fintech revolution. He is the former Head of Content at Sequoia Capital. 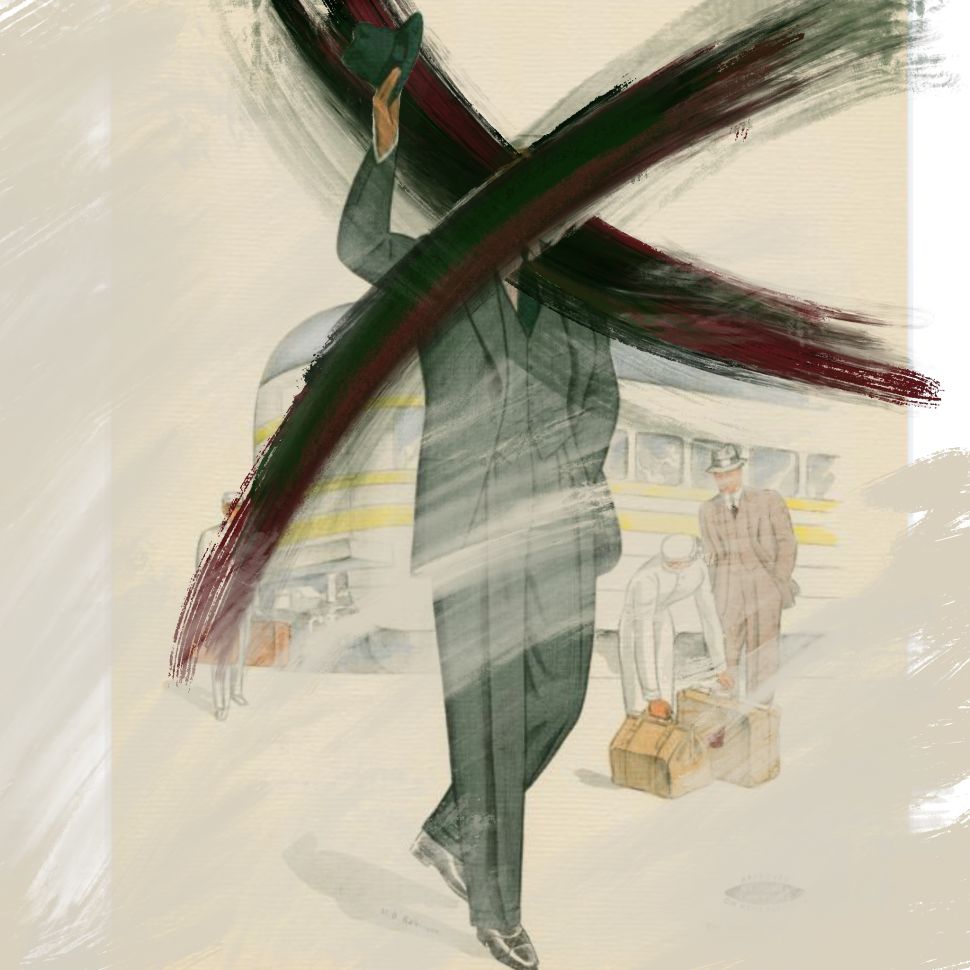 I’m an iPhone genius – how to use ANY TikTok…