When is the Fortnite Live Event? The End start time, date and what to expect 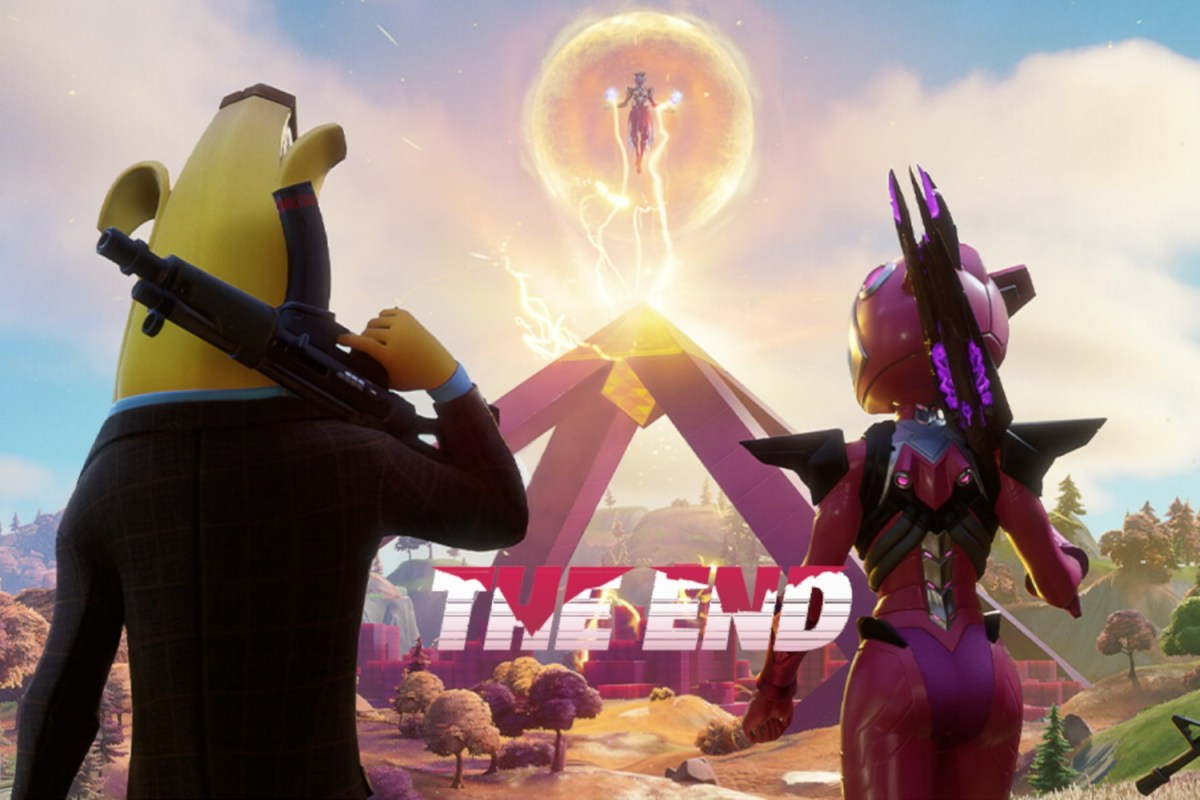 IT’S OFFICIAL: Fortnite is ending Chapter two after just eight seasons and The End is nigh.

Epic Games confirmed what tipsters have been saying for weeks in an official blog post — and even gave us a teaser trailer.

Fortnite leakers have said that season eight is the last in this chapter, and that next season will usher in Chapter 3.

Epic has set a date and time for The End live event, and here’s everything you need to know about the end of Chapter 2 and the impending Chapter 3.

When is Fortnite The End live event happening?

The End playlist will be available 30 minutes before the event start time so you have time to queue and get in with your squad.

You’ll be able to queue with up to 15 friends as The End offers support for 16-player parties.

As always, Fortnite’s finale live event is a one-time only deal; if you miss it, there’s no way to play it once it’s over.

What do I need to do before Fortnite Chapter 2 ends?

As always, you’re going to want to tie up any loose ends before the next season of Fortnite kicks off.

So any outstanding quests need to be mopped up and you’ll want to focus on unlocking any rewards you’ve had your eye on.

Spend those Battle Stars and Bars! You can’t transfer Bars over, but you can wait until November 30.

Fortnite’s Bargain Bin Week will slash the cost of all Character services and Exotic item trades.

Any unused Battle Stars will be automatically redeemed for the earliest available rewards.

If you log in between now and the end of the season, you’ll get a bonus 225,000 XP reward to make up for season ending a day early.

What to expect from Fortnite Chapter 3 Season 1

From everything we’ve heard so far, Fortnite’s The End finale event will send players underneath the Island to the Flipside.

That theory seems to gain more weight from the event’s logo: ‘The End’ appears to depict an upside down mountainous skyline.

A new official Fortnite Australia account has also popped into existence and is dropping some very heavy hints about ‘down under’.

Perhaps that’s a coincidence, or perhaps its related to the Flipside concept.

We’re expecting a similar black hole situation to the one we saw between Season 1 and Season 2.

Players were unable to play the game during the downtime with nothing but the black hole onscreen.

As well as the new map, new gameplay features have also been teased.

We may see swinging as part of the rumoured Spider-Man crossover to tie into the release of Spider-Man: No Way Home.

Apparently players can use this mechanic to attach to vehicles and slide behind them as well as accelerating “when detaching then jumping” (via Hypex).

There’s also a ton of other big crossovers rumoured including The Mandalorian and The Matrix.

Where to buy a V-Bucks gift card and which shops sell them?

Where to get Defog in Pokemon Brilliant Diamond and Shining Pearl.

DoorDash has avoided fee caps in Milpitas for months

Meta to let you manage who sees your posts on…