Which destinations are on the list and do I still have to quarantine? 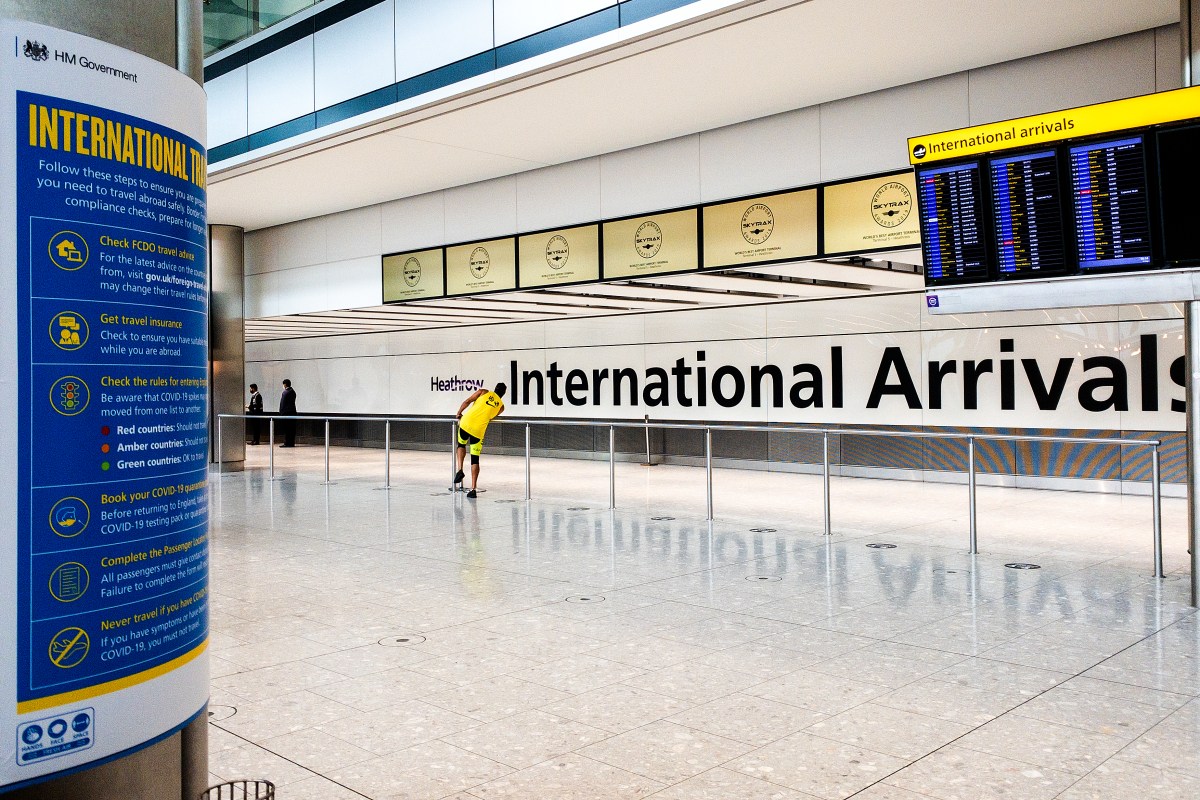 SIX countries have been put back onto the red list with immediate effect, the government has confirmed, due to the concerns over new Covid variants.

Here is everything you need to know about the new travel restrictions.

Which countries have been added to the red list?

Transport Secretary Grant Shapps confirmed that six countries have been added to the red list.

South Africa, Botswana, Zimbabwe, Lesotho, Eswatini and Namibia are now on the list, which is in effect from 12pm today.

Despite the traffic light system being effectively scrapped earlier this month, the red list procedures remained in place as a precaution.

The government warned that countries could be added back on to the list if cases start to rise.

Will I have to quarantine coming back from the countries?

The hotel quarantine rules are still in place, if returning from Sunday.

Shapps confirmed: “If you’ve been to any of these countries in the last 10 days, quarantine at home as of now and Test & Trace will be in touch.

“From 12pm tomorrow, the red list and a direct flight ban from these countries will be in effect, you must quarantine at home.

“If you have visited any of these countries in the last 10 days and arrive after 4am Sunday, you MUST book a quarantine hotel at an approved facility.”

Anyone returning from a red list country has to prebook a stay at a government-mandated hotel, quarantining for 10 days which costs £2,285 per person.

Why were the countries added to the red list?

The new red list countries were added following the discovery of a new Covid strain, due to fears it could threaten the UK’s vaccine rollout.

Experts warn the strain is behind an explosion of new cases in South Africa, with some regions seeing a six-fold rise in infections in a matter of days.

Government scientists were last night spooked by the new strain, saying their main worry is the virus spike protein is “dramatically different” to the original Covid virus.

It means the vaccines and blockbuster new drugs will struggle to neutralise it – with optimistic estimates it will reduce efficacy by around a third.

Have the Tories ditched Thatcherism in favour of big spending?

Florida GOP candidate is slammed by her daughter…

The Mandalorian season 3 is done filming and…