While training for the Tokyo Paralympics, my biggest triumph came in the locker room 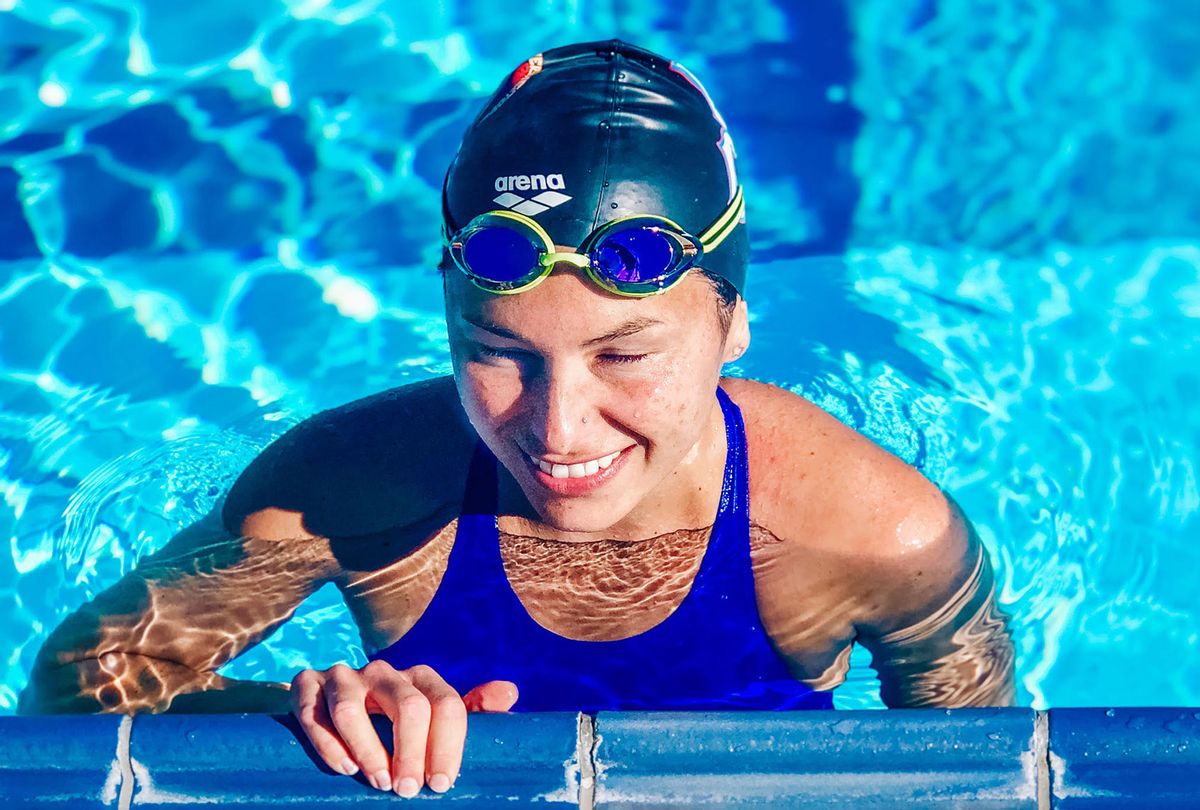 They say your 20s are for making mistakes. I set the bar high at 21. Driving my candy pink Vespa with my arm in a cast, I thought I was a real-life Powerpuff Girl. The crash landing that humbled me was not made of everything nice.

I was driving past my school, The University of Colorado, when a pedestrian stepped into the street without looking. I pulled the only brake I could with my un-casted hand — the front brake. I flew over the handlebars before I even realized what was happening. My unbuckled helmet came in handy as it rolled across the street. I was decorated head to toe in raw road burns, my clothing shredded. And the stoney bits of asphalt bedazzling my legs elevated them to the next level. But my left arm took the brunt of the impact that day. It became completely paralyzed from the elbow to fingertips.

I’m 27 now, and I haven’t yet topped that mistake.

Going from two fully functional arms to one meant I had to relearn everything I used to do with two hands. And as a person who’d sooner get lost than ask for directions, asking for assistance is difficult for me. Learning to tie my shoes with one hand felt like a miracle. One-handed hair tying drove me to madness. To me, a trip to the hairdresser is less appealing than a tea party with Darth Vader. Suddenly needing help with my hair every day was unthinkable.

Then I met Anne, the new coach for my college swim team. Anne became my go-to person for hair tying. We never talked about it, and I never needed to ask. She’d just come to take the elastic off my wrist and put my hair up, whether it was 5 a.m. practice or the middle of a busy meet. Then I’d turn and hold my cap as she pulled it over my head. As long as Anne was at practice, I was OK. And if she wasn’t, I’d backtrack and go home instead of turning to someone else.

This went on for two years. Every time, I was livid at myself for failing what I felt was a test. But I hated needing help. Asking for it prompted the question, “What’s wrong with your arm?” I didn’t want to have to recount the worst day of my life every time I wanted my hair in a bun. Worse were comments like, “You’re so inspirational.” I just wanted to swim; in the water I felt powerful because it erased gravity’s constraints. After the crash, it was the only place I couldn’t feel the weight of my arm.

After college, I met Coach Alan through The Challenged Athletes Foundation. He was the reason I started to train for the Tokyo Paralympics. He saw me swim and told me, “You’ve got to go for it, champ!”

I swam my first Paralympic meet just two months after we met, driving from Denver to The Olympic and Paralympic Training Center (OPTC) a day early to get assigned a classification. In the Paralympics, classifications divide athletes into groupings to compete against others with likened disabilities. Once you have your classification, you can swim Paralympic meets and set your goals as high — or as low — as you like. I placed my bar as high as I could, and immediately went in with Tokyo 2020 in sight.

This Paralympic meet was unlike any other sports event I’d experienced. Camaraderie reigned supreme, and the trust between athletes was louder than the fans. This atmosphere was a stark contrast to some of my previous competitive experiences, like my senior year in college when I’d rush in the locker room to avoid the team bully. Even the OPTC’s more supportive environment, though, didn’t prepare me for what happened next.

In swimming, a racing suit is called a tech suit, or a second skin — and I usually wished I did have a second or even a third skin once I finished putting one on. For tech suits, I aimed to go two or three sizes smaller than my usual size. And after a minimum of 15 minutes spent carefully inching into one of those tight knee-length suits, I’d be covered in bruises. If I got a tech suit on without tearing it, the painstaking process was worth it — in the water, the suit made me feel like a dolphin. If not, that’s $450 wasted. It took me a lot of practice and two torn suits, but by that first Paralympic meet I had become very skilled at pulling one on with one hand.

Removal was a different story. I was stuck.

The suit hung halfway off my body, nowhere close to moving. I felt trapped — a prude, half-naked in a swimsuit. It was my version of being lost in Jurassic Park, cold and vulnerable. And I was prepared to reach for the Swiss Army knife in my bag and cut my way out of this expensive new suit if it meant I wouldn’t need to call for help.

A girl sitting on the bench near me, her prosthetic legs beside her as she changed, saw me struggling. “Come here!” she said, grabbing me with her knees to pull me closer. We both yanked at the hopeless suit for a while. Then she called for reinforcements. A visually impaired swimmer rushed over and managed to free me in less than a minute, skillfully unraveling the suit like the neatly rolled yarn ball it was not. I didn’t need the Swiss Army knife after all. That suit made it to see another few races.

At a Paralympic event, everyone has a disability, and being so resistant to asking for help made me the strange one. I felt sheepish for assuming that a call for a helping hand would be out of place. For the first time since I flew off that scooter and hit the pavement, I felt at home.

That locker room incident became the new normal for me. And finally, I got to be on the helping end as well. The day I was able to save someone from their stubborn suit made me feel blessed to be a part of such an exchange. It was a unique reciprocity amongst those who required strange help — strange to most, that is, but quite normal to anyone who lives with a disability. “Can you pass me my leg?” “Could you pull my suit off of my arm?” “Cap me?” “Help me up?” “Could you tie my shoe?” “Just a low ponytail, please!” Helping others and accepting help is a way of life in the Paralympics.

At the last meet I swam before the pandemic, I was on deck. Most people were in the pool. As usual, I needed help with my hair and swim cap. I looked over and saw one of the swimmers who’d medaled at Rio. I greatly admired her, and she made me the slightest bit nervous. But she had two arms and wasn’t in the pool yet.

“Could you do my hair for me, please?”

She started to gather my hair and asked if she should leave or remove the “Made in China” sticker that must have been stuck in my hair all morning. Once, such an encounter would have left me painfully humiliated. But we just laughed it off — and I only thought about it for two minutes afterward instead of two hours. She pulled my cap over my head, and I dove in. This was the normalcy I’d longed for.

My times qualified me to swim trials in my main event. But then the pandemic hit. It took a swim-free quarantine for me to realize what was once unimaginable to me: I missed asking for help. Battling a hair tie while trying to use my couch to keep my hair in place while wrapping a scrunchie around it was so much harder.

I decided not to go to trials this year. In the end, that wasn’t the goal I thought I’d set my sights on. Two and a half years of training for Tokyo wasn’t for nothing, though. It took me that long in the Paralympic setting to grasp that my prize wasn’t a medal to try to win at this year’s games. Learning to ask for what I needed was the adaptation that proved to be even more difficult than managing a one-handed ponytail. And learning to do so was the win I hadn’t initially set my sights on, but ended up wanting the most.

Donald Trump announced the launch of his social network and proclaimed the name of the platform.

Do You Really Need a Digital Marketing Agency for SMM?