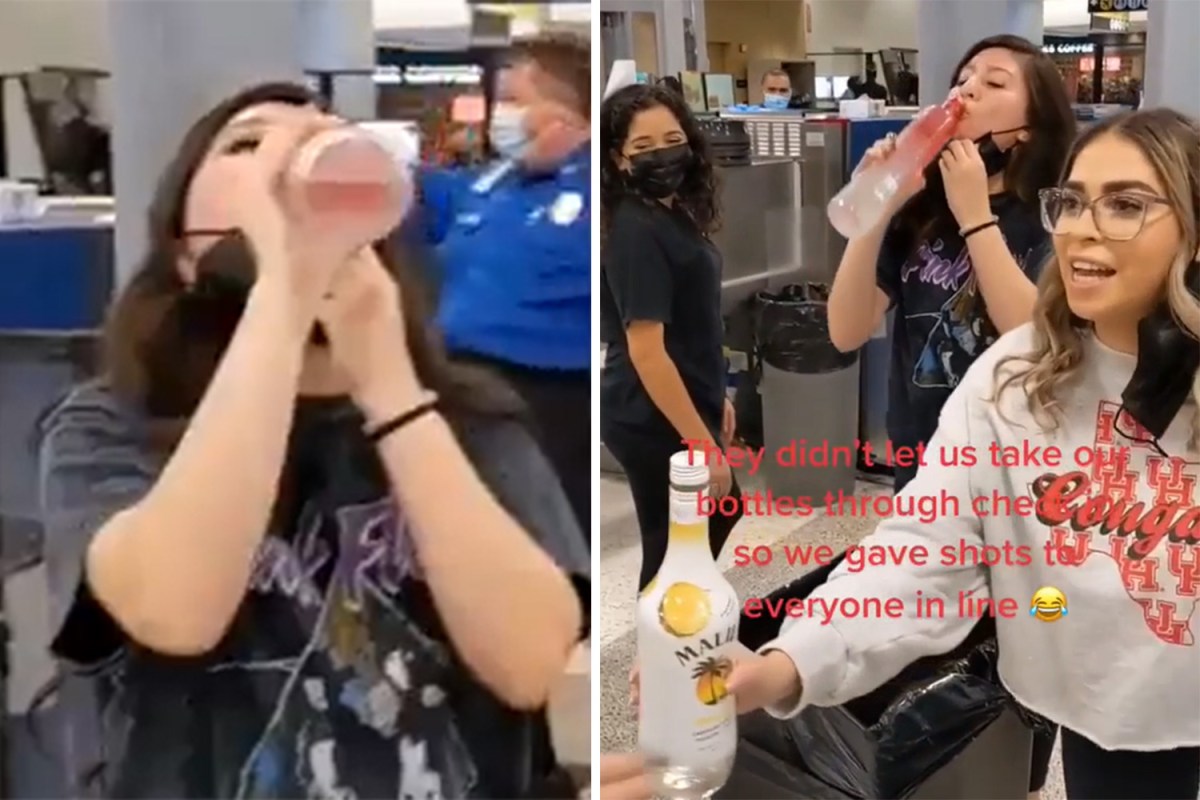 A GROUP of women were hailed as heroes for handing out boozy shots at the airport after they were stopped from taking their alcohol through check-in.

They quickly won fans online after they handed out the drinks to their fellow travellers in the queue.

The video was posted on TikTok by a woman who went by the username latinnbellaa as they headed to Miami.

The group had two big bottles of spirits and, despite the strict 100ml rules being in place for years, had forgotten to put them in their checked luggage.

In the video, one of them is seen drinking a bottle of Ciroc vodka, while another passes a bottle of pineapple Malibu rum down the line.

The security staff are caught laughing as they watch the group down the bottles between them.

The video caption said: “They didn’t let us take our bottles through check in so we gave shots to everyone in line.”

The video has been watched more than 12million times, with lots of people praising their decision to share the booze instead of throwing it away.

Another person said: “I can’t believe they are allowing this type of behaviour at the airport and I’m even more disappointed I wasn’t there to participate.”

Someone else agreed: “This is about the be the most lit plane ride. Y’all have a party group already.”

Others were less impressed, especially during a time of Covid.

One person said: “The fact they are taking off their masks to drink from the same bottle.”

One person commented: “My friend went to Cancun and she wanted to bring a bottle back. She drank the WHOLE bottle solo.”

Be careful not to drink too much before you board, as airlines can ban you from flying if they think you are intoxicated.

A rise in drunken passenger behaviour has seen people kicked off, banned from flying and even jailed for disrupting flights.

Here is everything you need to know about being drunk and drinking alcohol on flights.

Want to be a millionaire? The best National Lottery Scratchcard to buy to scoop £1m

Uber Eats to start selling cannabis on the app

How to process the emotionally unthinkable when…

DJ Dahi Thinks Kendrick Could Have ‘Thousands’ of…