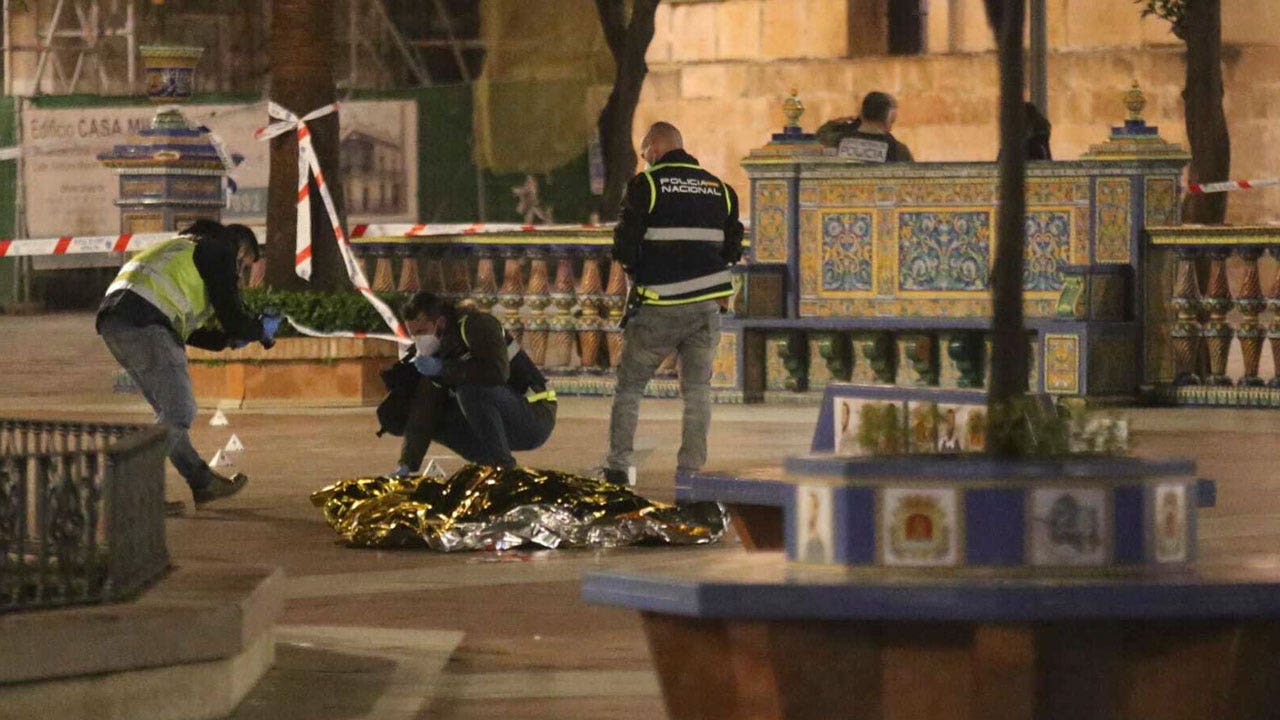 One person was killed and another severely injured in an attack carried out by a person with a bladed weapon at a church in the southern city of Algeciras on Wednesday, Spain’s interior ministry said.

Spain’s National Court said a judge has opened an investigation into a possible act of terrorism over the attack.

The attacker was arrested and is in the custody of Spain’s National Police. The ministry did not identify the attacker.

It said that the one attack victim was killed outside the church of San Isidro, while the other person was wounded inside the church.

Police work next to the body of a man killed in Algeciras, southern Spain, on Jan. 25, 2023.
(Nono Rico/Europa Press via AP)

Police are investigating the incident, the ministry said, to determine the “nature of the attack.” It offered no further detail on the weapon that was used or on the attacker’s possible motive.

Local media said the dead person was a priest.

The secretary general of Spain’s Episcopal Conference, Francisco García, wrote on Twitter that “I have received the news of the incident in Algeciras with great pain.”

“These are sad moments of suffering, we are united by the pain of families of the victims and for the Diocese of Cádiz,” he added.

Why health experts are skeptical of the supersize water bottle trend

Trump issues statement after Meta announces end of 2-year Facebook ban, allowing him to return to the platform