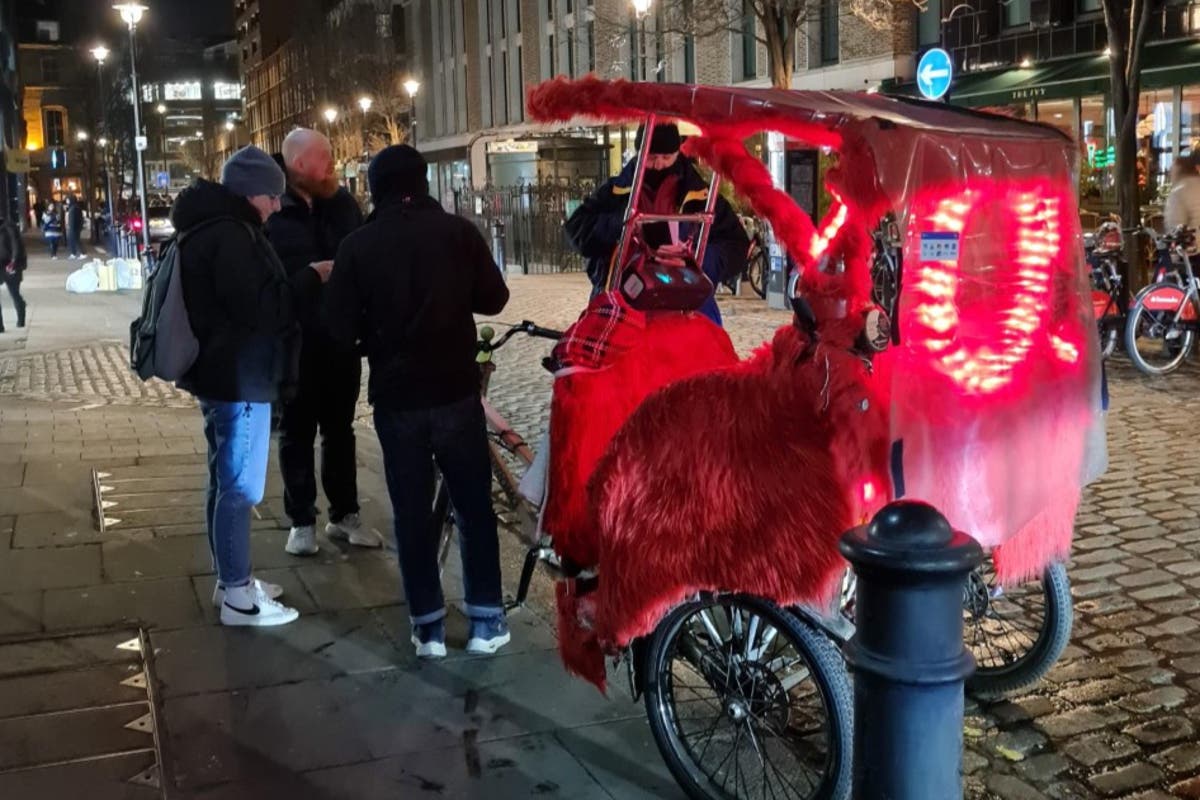 fforts to crack down on rip-off pedicabs in the West End and firms whose e-bikes litter the pavements have been dealt a blow by an “inexplicable” government decision, a council leader warned today.

Adam Hug, the Labour leader of Westminster council, said the ditching of a proposed transport Bill from the parliamentary timetable meant there would not be an early opportunity to tackle the twin menaces.

Transport Secretary Mark Harper confirmed before Christmas that his department would not be bringing forward new legislation in the current parliamentary term.

This would have been focused on setting out the powers of Great British Railways to become a “controlling mind” for the national rail network, but would also have paved the way for laws to license pedicabs and ban pavement parking by hire bikes and private cars.

Westminster council has had long-standing concerns about unregulated pedicabs — the battery-powered cycle rickshaws that are often used to fleece unsuspecting tourists.

The vehicles can also be a fire risk — they caused a huge fire in the arches under London Bridge station last August — and often spark complaints from Soho residents due to “ear-splitting” music that blares from their loudspeakers at night.

Mr Hug said: “Our officers have time and again taken action against pedicab riders who believe they can charge tourists hundreds of pounds to travel down one street.

“My fear is the streets of Westminster will become an obstacle course for dumped bikes and the cacophony of pedicab riders who now effectively have a free reign to con the customer.

“The Government’s inexplicable decision not to regulate these areas means the wheel just come off any coherent plan to safeguard our streets. I appeal to ministers to think again before chaos descends in the West End.”

At present, neither Transport for London nor councils have the ability to license or regulate the industry, though 22 cases have ended up in court and 27 riders have been served with written warnings after noise action by Westminster.

Nickie Aiken, the Tory MP for the Cities of London and Westminster, who has been campaigning to regulate pedicabs, said new transport laws were “desperately needed”.

She said: “I’m delighted the Government has agreed to include a pedicabs licensing scheme in a Bill. We need confirmation as to when the Bill will be tabled. We do need legalisation that covers e-bikes, e-scooters and pedicabs.”

The department for Transport said: “We appreciate concerns around e-cycle parking and local authorities are responsible for liaising with operators to ensure pavements remain clear.”

Denial of responsibility! Yours Bulletin is an automatic aggregator of the all world’s media. In each content, the hyperlink to the primary source is specified. All trademarks belong to their rightful owners, all materials to their authors. If you are the owner of the content and do not want us to publish your materials, please contact us by email – [email protected]. The content will be deleted within 24 hours.
e-bikesMark HarperTransportWest EndWestminster
0
Share