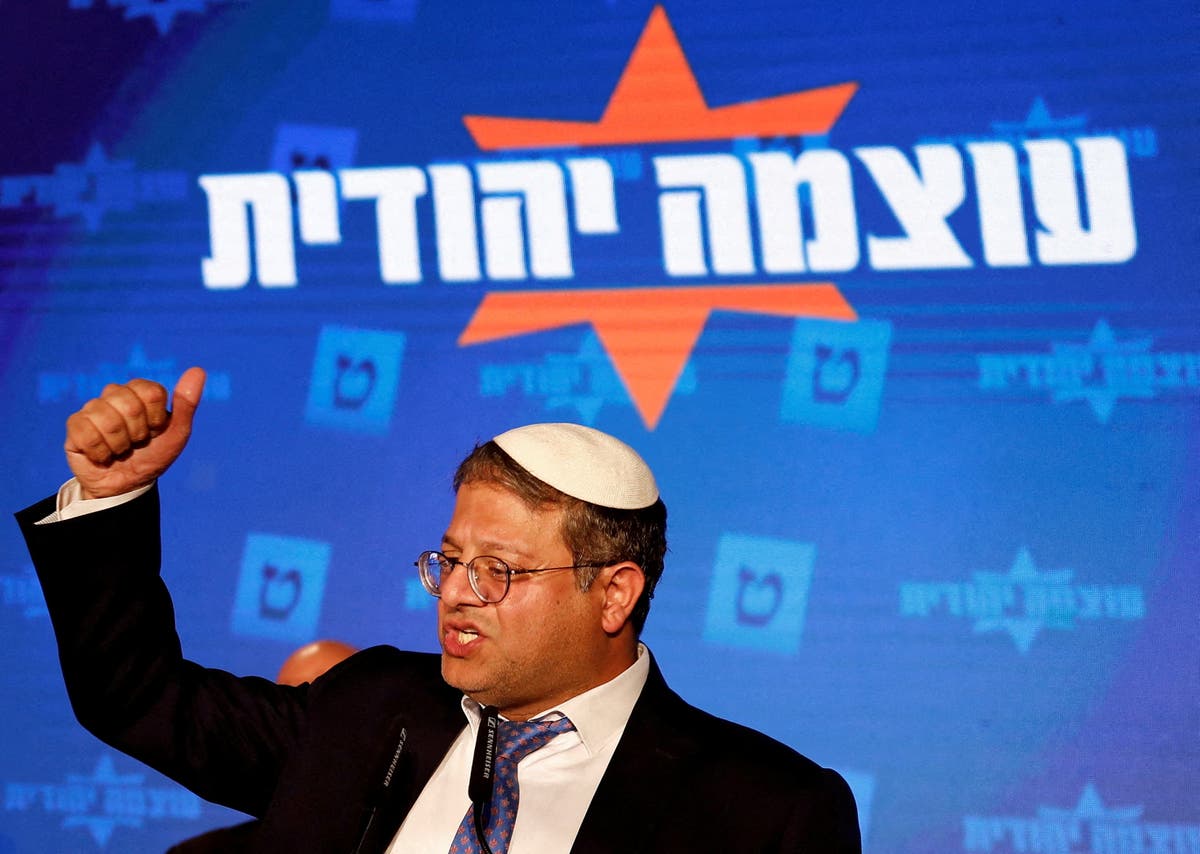 Itamar Ben-Gvir will be Israel’s national security minister under a coalition deal with prime minister-designate Benjamin Netanyahu’s Likud party, in what is set to be the most right-wing government in the country’s history.

The agreement comes after Netanyahu’s right-wing alliance won a comfortable victory in this month’s parliamentary election, Israel’s fifth in less than four years.

Netanyahu is still continuing talks with three other parties on forming the new government.

“We took a big step [last night] towards a full coalition agreement, toward forming a fully, fully right-wing government,” Ben-Gvir, leader of the Jewish Power party, said in a statement.

Far-right Ben-Gvir, who was convicted in 2007 of racist incitement against Arabs and backing a group considered by Israel and the United States to be a terrorist organisation, will have an expanded security portfolio that will include responsibility for border police in the occupied West Bank.

The Palestinian Authority’s Foreign Affairs Ministry said the appointment would have a “potentially catastrophic impact on the Israeli-Palestinian conflict” and hinder the revival of negotiations between the two sides.

Mairav Zonszein, senior Israel analyst at International Crisis Group, said Ben-Gvir’s expanded security portfolio could be a “game changer” in the West Bank, which is under the effective control of the Israeli military.

“Israel is moving more and more powers that were normally held by the defence ministry or military to civilian ministries,” she said.

Granting Ben-Gvir authority over border police in the West Bank “is a form of blurring the boundaries between Israel and the West Bank”, she added.

Israel captured the West Bank, Gaza and East Jerusalem – areas that Palestinians want for a state – in a 1967 war. US-sponsored negotiations stalled in 2014 but the expansion of Israeli settlements has continued despite international opposition.

Hazem Qassem, a spokesperson for the Islamist Hamas group that governs Gaza, said Ben-Gvir’s deal with Netanyahu meant the new government in Israel would be “more fascist and extreme”.

The agreement, which gives Ben-Gvir a position in Israel’s security cabinet, comes after months of tensions in the West Bank following a deadly army crackdown in the wake of a spate of fatal attacks in Israel by Palestinian militants.

It also comes just days after a coordinated bombing attack on two bus stops in Jerusalem that killed an Israel-Canadian student and wounded at least 14 others.

Ben-Gvir’s party will also take ministries in charge of development in the Negev and Galilee regions, the heritage ministry and a deputy position in the Economy Ministry as well as the chairmanship of the Knesset public security committee.

As a settler living in the West Bank, Ben-Gvir has long been a fierce opponent of Palestinian statehood. During the election campaign, he was seen brandishing a gun at Palestinian demonstrators in occupied East Jerusalem.

He also supports Jewish prayer at the al-Aqsa Mosque complex, a flashpoint site holy to both Muslims and Jews, who know it as the Temple Mount. The site has seen repeated clashes between Muslims and Jewish visitors defying decades-old rules prohibiting prayer by non-Muslims there.

Ben-Gvir, 46 and a practising lawyer, champions capital punishment and looser open-fire regulations for soldiers. But as his party has edged towards government he has moderated some of his earlier positions and says he no longer backs expulsion of all Palestinians – only those he deems traitors or terrorists.

His rise prompted the US State Department this month to say Washington expected all officials in the new Israeli government to share the values of an “open, democratic society, including tolerance and respect for all in civil society”.

Cruz says Republicans should focus on President Biden, not Hunter: ‘Joe Biden is the Godfather’

Ukrainian flags are on display all over Maine. Why?

Get a chance to see your holiday home displays on-air