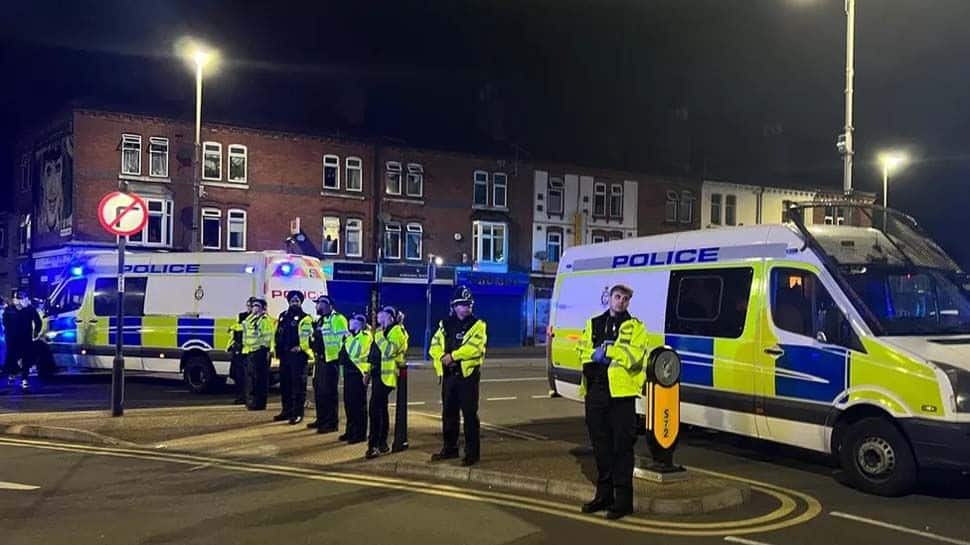 London: UK Home Secretary Suella Braverman has met with local police officers and Hindu and Muslim community leaders in Leicester and assured them that thugs behind recent violent clashes would face the full force of the law. During a visit to the eastern England city on Thursday, the Indian-origin Cabinet minister was briefed by the Leicestershire Police chief and also leaders from local temples and mosques on the serious disorder which has resulted in 47 arrests.

The cycle of violence was triggered on August 28 after India won the Asia Cup T20 match against Pakistan, following which a fight broke out in Melton Road, Belgrave. Videos have surfaced on social media showing a group of young men trying to vandalise a Hindu temple in the area. The incident follows a spate of violence and disorder in the eastern part of the city.

“I met with Leicestershire Police officers, the Temporary Chief Constable for Leicestershire and local community leaders to discuss action being taken to protect local residents and restore safety and harmony in Leicester,” Braverman tweeted after her visit.

“We’ll work together on this, and I will do everything I can to support communities and our police. Those who bring disorder and thuggery to our streets will face the full force of the law and I thank all those brave police officers for keeping us safe,” she said.

Concerning reports of a protest by masked men outside a temple in Birmingham earlier this week, the Home Secretary said she had also spoken to the local West Midlands Police chief and that the situation there continues to be monitored.

” I also spoke to Dave Thompson, Chief Constable of West Midlands Police today. I continue to monitor the situation and thank the police for their expert handling,” she said.

Denial of responsibility! Yours Bulletin is an automatic aggregator of the all world’s media. In each content, the hyperlink to the primary source is specified. All trademarks belong to their rightful owners, all materials to their authors. If you are the owner of the content and do not want us to publish your materials, please contact us by email – [email protected]. The content will be deleted within 24 hours.
Asia Cup T20high commission of indiaHindusindiaLeicester attackLeicester violenceMuslimsSuella Braverman
0
Share

Employers explain why diversity is vital

Buy, Hold, Or Trade Crypto With The PrimeXBT…