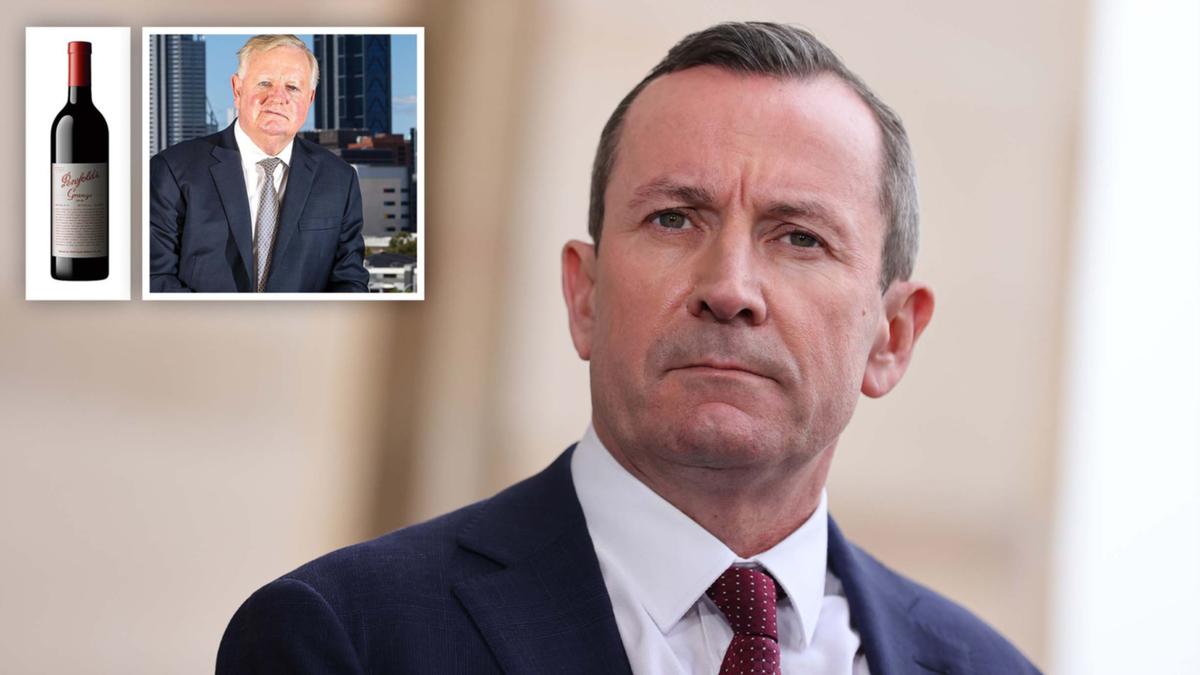 West Australian Premier Mark McGowan has defended his decision to attend a private dinner at the home of a major property developer, where they drank a $1000 bottle of wine.

Mr McGowan told reporters state leaders often attend events hosted by prominent people, and he could not “help if there is some wine that is served there that is expensive”.

Mr McGowan said it was not a political fundraiser and noted he was usually out four or five times per week attending various events in his role as the Premier.

“It’s just standard practice for people who are premiers or prime ministers or chief ministers or ministers to go out to dinners, to go to events, to go to functions and do these sorts of things,” he said.

“I went and had dinner with a group of business people, some of whom are very prominent investors in WA. I work hard to encourage people to invest in WA all the time.”

Mr McGowan said he would rather have stayed home.

“I’d rather be at home with my wife and children, but that’s not the way my life works,” he said.

“My life works that I go out to functions, to events, I get invited to many things.

“I do many fundraisers, I do many public events.

Mr Satterley, who is a Liberal member, has previously hosted events for WA Labor.

Some other states have cracked down on political donations from property developers due to the potential for corruption, but Mr McGowan has no plans to do the same in WA.

“Once you start selecting various groups in terms of these things, you head down very difficult areas,” Mr McGowan said.

“For instance, is someone who puts in place a battle-axe at the back of their house, is that person a property developer?

“You may not even know that person has done that. So you have dinner or attend a fundraiser or something of that nature, therefore you are potentially criminalising yourself and you didn’t even know it.”

Denial of responsibility! Yours Bulletin is an automatic aggregator of the all world’s media. In each content, the hyperlink to the primary source is specified. All trademarks belong to their rightful owners, all materials to their authors. If you are the owner of the content and do not want us to publish your materials, please contact us by email – [email protected]. The content will be deleted within 24 hours.
australiaBusinessMark McGowanNewspoliticsPropertyState PoliticsWA News
0
Share

Elon Musk Says The Tesla Cybertruck Will Be…

The 31 Best Trench Coats You Can Shop Right Now