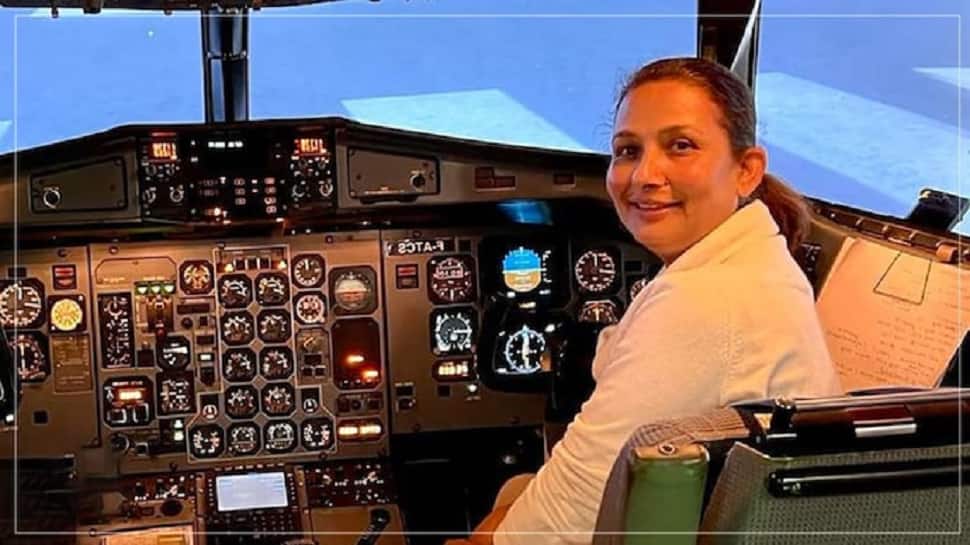 New Delhi: No passengers including the pilots survived the Nepal plane crash that occurred on Sunday (January 15). Yeti Airlines ATR-72 aircraft that crashed in Pokhara, Nepal during the landing killed 68 passengers and 4 crew members. Captain Kamal KC was the pilot and Anju Khatiwada was the co-pilot of the fateful aircraft. Coincidently, the co-pilot Anju Khatiwada was just seconds away from achieving her goal of becoming a captain. The death of the co-pilot Anju Khatiwada just before she was set to become the captain is not the only tragic detail of her life. Nearly 17 years ago, Anju lost her husband Deepak Pokhrel in a similar accident.

The streak of coincidences is such that Anju’s husband was also a co-pilot for Yeti Airlines only. On June 21, 2006, Yeti Airlines 9N AEQ aircraft, en route to Jumla from Nepalganj via Surkhet crashed wherein six passengers and four crew members were killed. One of the people killed was Anju’s husband.

After her husband’s death, her father Govinda was planning to send her to India to study nursing but she refused and went to the US to do a pilot training course. The flight on Sunday was supposed to turn co-pilot Anju Khatiwada into the captain, however, Anju, who had successfully landed at almost all the airports in Nepal, met the tragic fate as that of her husband, Deepak Pokhrel.

Denial of responsibility! Yours Bulletin is an automatic aggregator of the all world’s media. In each content, the hyperlink to the primary source is specified. All trademarks belong to their rightful owners, all materials to their authors. If you are the owner of the content and do not want us to publish your materials, please contact us by email – [email protected]. The content will be deleted within 24 hours.
Anju KhatiwadanepalNepal crashNepal Plane CrashNepal plane crash co-pilotNepal plane crash detailsNepal plane crash pilotyeti airlines
0
Share

Latest news on Russia and the war in Ukraine