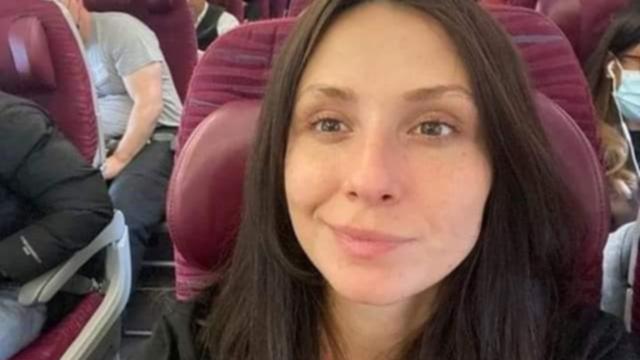 A travel blogger who shared a chilling final post before she was killed in the Nepal plane crash had recently discovered she was pregnant, her family has revealed.

At least 68 people were killed on Sunday when a passenger aircraft went down near the city of Pokhara in central Nepal in the country’s deadliest plane crash in more than 30 years.

WATCH THE VIDEO ABOVE: Tragedy unfolds in central Nepal as plane crash kills at least 68 people.

For more Travel related news and videos check out 7Travel >>

One of the victims has since been identified by loved ones as Russian blogger Elena Banduro, 33.

Banduro, a social media manager from Moscow, shared an eerie message as one of her final social media posts before her death.

The 33-year-old was pictured smiling in a selfie on a plane with the English caption: “Go to Nepal.”

Her social media has since been flooded with messages of condolences, as loved ones paid tribute to the young women who had just week told them she was pregnant.

“I can’t believe it,” one friend said of Banduro’s death.

“Our light and air … Fly high sis, and go to the places you dreamed of going,” another said.

Ksenia had spoken to her sister just the day before the tragedy.

“Everything was fine, she talked about her impressions, about plans for a vacation,” she said, according to a translation of KP RU.

Ksenia said Banduro had only last week told her family she was pregnant.

Of the 68 passengers on the ATR 72 plane, 15 were foreign nationals including five Indians, four Russians, two South Koreans, and one each from Australia, Argentina, Ireland, and France, according to the Civil Aviation Authority of Nepal.

Among the dead is at least one infant, CAAN said.

Four crew members were also on the flight.

Russian Ambassador to Nepal Alexei Novikov confirmed the death of the four Russian citizens on board.

The plane was making a 27-minute flight from the capital of Kathmandu to Pokhara when it crashed into a gorge while attempting to land at a newly opened airport.

At least one witness reported hearing cries for help from within the fiery wreck.

Hundreds of first responders had been working to locate the remaining four individuals before then.

Local resident Bishnu Tiwari, who rushed to the crash site near the Seti River to help search for bodies, said the rescue efforts were hampered by thick smoke and a raging fire.

“The flames were so hot that we couldn’t go near the wreckage. I heard a man crying for help but because of the flames and smoke we couldn’t help him,” Tiwari said.

The aviation authority said the aircraft last made contact with the airport from near Seti Gorge at 10.50am before crashing.

It was not immediately clear what caused the accident, CAAN said.

Aussies are racing overseas for cheap surgeries. But experts warn the results could be devastating

Fed-up boatie tows car blocking him in – but who was in the wrong?

Denial of responsibility! Yours Bulletin is an automatic aggregator of the all world’s media. In each content, the hyperlink to the primary source is specified. All trademarks belong to their rightful owners, all materials to their authors. If you are the owner of the content and do not want us to publish your materials, please contact us by email – [email protected]. The content will be deleted within 24 hours.
Air (Aviation)Disaster and EmergencyNewsPlane Accidentplane crashTravelworld news
0
Share