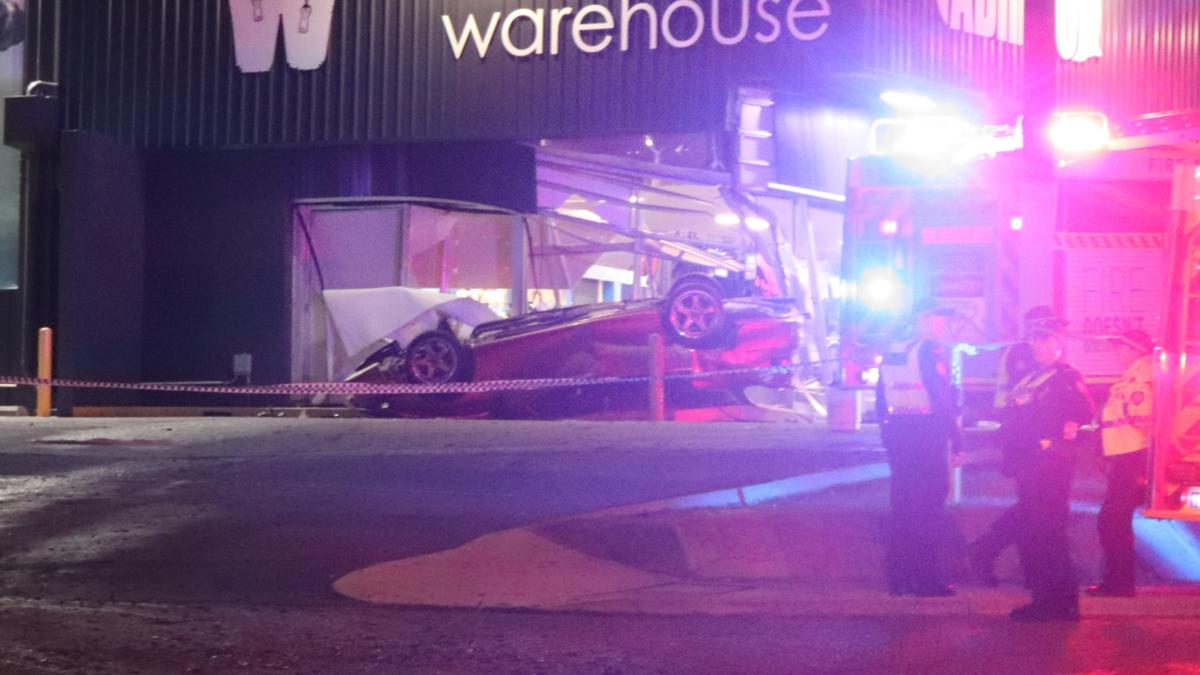 A man is dead after a devastating crash which ended with a car smashing through a southern suburbs spearfishing shop.

Authorities said a Holden Commodore and Toyota Hilux were travelling along South Street, approaching Stock Road, in O’Connor about 7.15pm on Friday when they collided, setting off the tragic set of events.

The Commodore continued on, striking a large sign and smashing into a precinct occupied by Wetsuit Warehouse and Adreno Spearfishing Perth.

The car’s driver, a 50-year-old man and sole occupant, was critically injured and died at the scene.

The 47-year-old male driver of the Toyota suffered minor injuries.

Pictures taken from the crash site revealed the horrific wreck police were confronted with.

The Holden was crunched against the window of the local recreation outlet, while the Toyota was left a mess on South Street, with significant damage to its back-right section.

Major Crash investigators have combed the crash scene and now want witnesses, including those with dash-cam or mobile footage, to contact Crime Stoppers.

Denial of responsibility! Yours Bulletin is an automatic aggregator of the all world’s media. In each content, the hyperlink to the primary source is specified. All trademarks belong to their rightful owners, all materials to their authors. If you are the owner of the content and do not want us to publish your materials, please contact us by email – [email protected]. The content will be deleted within 24 hours.
Disaster and EmergencyNewsWA News
0
Share

How do you get tonsillitis and is it contagious?

At least 10 dead after huge bomb rips through…

Doctors thought I had low iron – the truth…