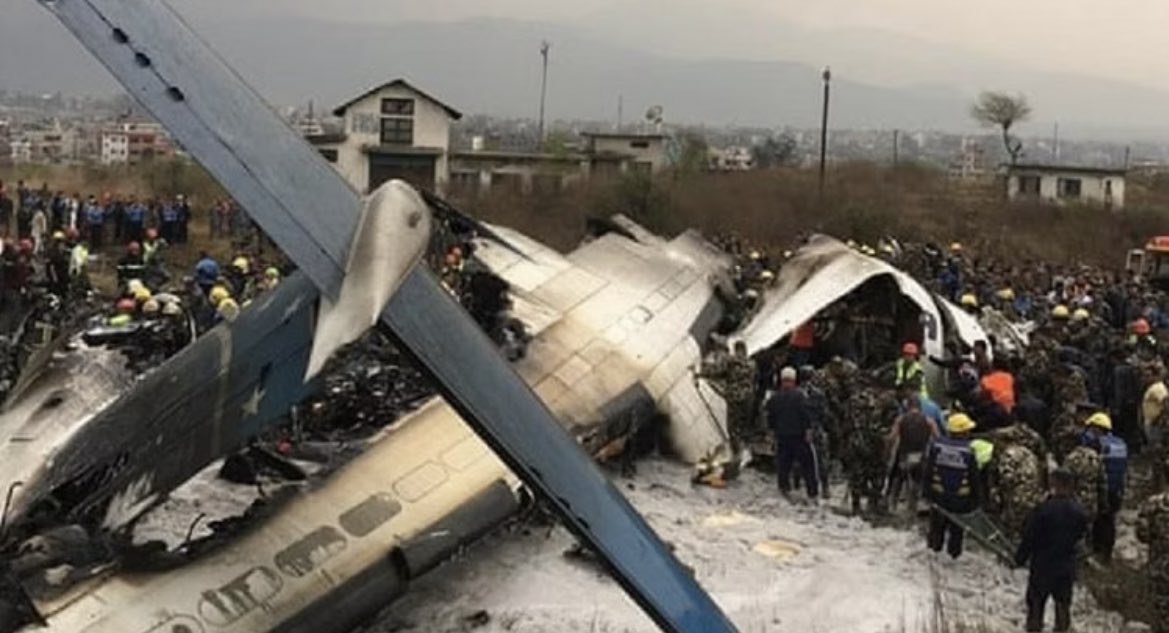 At least 66 people have died following a plane crash in Nepal on Sunday morning.

Al Jazeera reported that the plane was flying from the capital Kathmandu to Pokhara, 200 kilometres west, when it crashed.

So far, 66 bodies have been recovered from the site, a Nepal police spokesperson told Al Jazeera, adding that no survivors have been found so far.

“I am deeply saddened by the sad and tragic accident of Yeti Airlines ANC ATR 72 which was flying from Kathmandu to Pokhara with passengers,” he posted on Twitter.

“I sincerely appeal to the security personnel, all agencies of the Nepal government and the general public to start an effective rescue,” Mr Dahal added.

A committee to investigate the crash has also been formed by the government.

Gurudutta Dhakal, a local official, told Al Jazeera that responders have already reached the crash site and are trying to douse the fire.

However, the ongoing rescue operation has been witnessing difficulties due to the presence of a big crowd at the crash site. The rescue teams have urged them to leave the site.