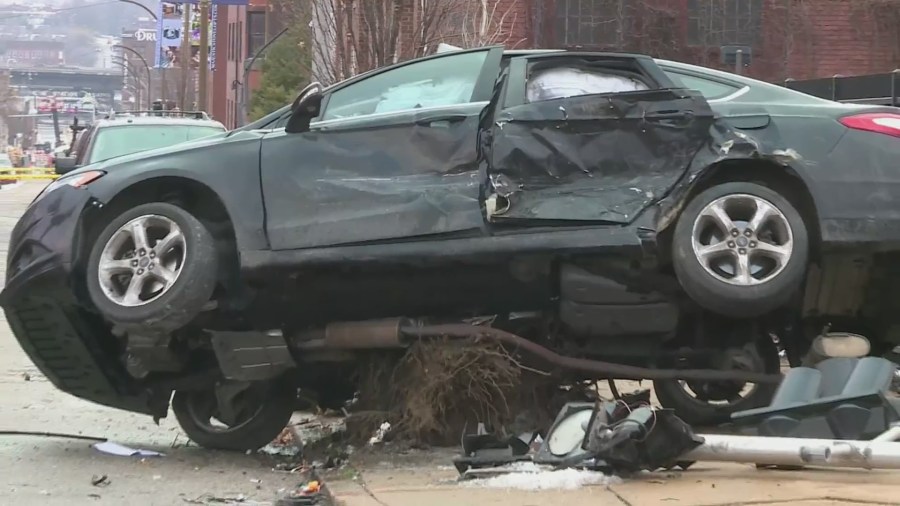 ST. LOUIS – A police chase with a stolen car on Wednesday ended in a crash and the arrest of three people.

The St. Louis Metropolitan Police Department believed the three people inside the stolen car are linked to a series of violent carjackings in the city’s south side.

“It’s definitely something that’s on my mind. It’s why I like to pull mine in the back; it’s safer,” said Lauren Maurer. “So, it’s either that or people hitting it and driving off.”

She said she doesn’t feel safe parking her car in the driveway after the recent carjackings.

“The backyard, yes, because I have good neighbors,” Maurer said. “On the street, I don’t know, you kind of hold your breath sometimes.”

Other neighbors agree the best way to prevent more carjackings is to look out for each other.

“Definitely a lot more broken windows and things like that. I don’t know a good solution or where to start besides look out for ourselves, neighbor to neighbor,” said Antoine Guice. “You kind of want to protect yourself though. Kind of want to look at it a little differently. I know their juveniles, but juveniles are willing to kill you as well.”

Police said the criminals are using stolen cars to go out and commit more carjackings; that’s how law enforcement caught two teens and one adult on Wednesday.

Workers need a $7000 pay rise to keep up with cost of living, analysis finds