The other dinosaur discovered in Missouri became a state symbol 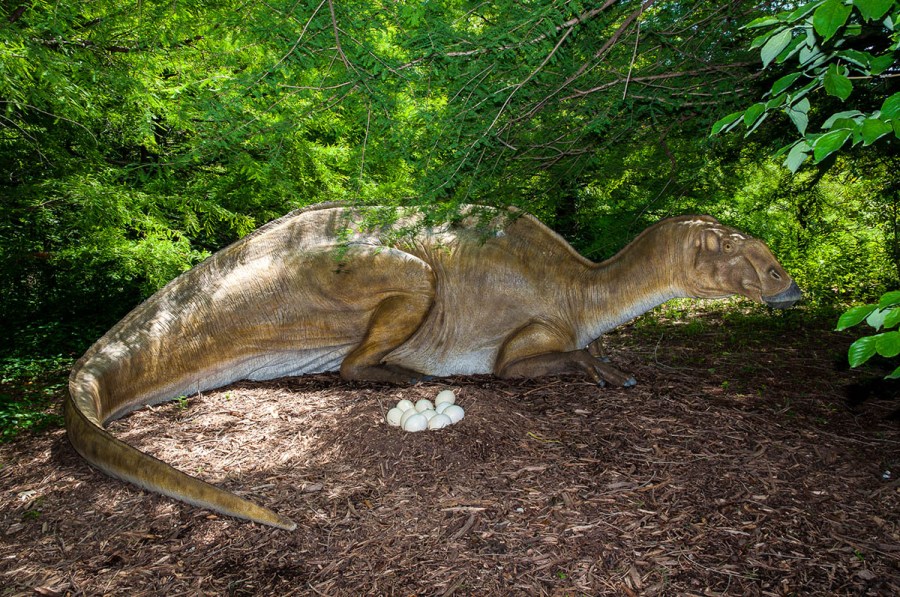 ST. LOUIS, Mo. – FOX 2 broke the news this week of fossilized bones belonging to a new line of dinosaurs discovered in Missouri. But, this isn’t the first time traces of the ancient creatures were found in the Show-Me-State. Scientists and students have stumbled upon them before and one of them became Missouri’s state dinosaur in 2004.

The property owners that recently discovered the juvenile skeleton of a Parrosaurus Missouriensis also found bones nearby in the 1940s. They were sent to the Smithsonian and later confirmed to be that of a dinosaur, but nothing ever developed. They paid the family $50 for the bones which the family used to buy a cow.

Dr. Charles Gilmore examined them at the Smithsonian thought the bones were significant. But, the fossils remained with him for about a year before he died.

A Rolla student using research from Dr. Gilmore and the Missouri Geological Survey in the 1970s made another discovery. Bruce Stinchcomb found dinosaur teeth on the property. Tyrannosaurus, crocodile bones, and the remains of turtles have also been found at the site.

The Bollinger County Museum of Natural History reports that one of the fossils was from a duck-billed dinosaur identified as Hypsibema Missouriensis. Decades later it was named Missouri’s official dinosaur.