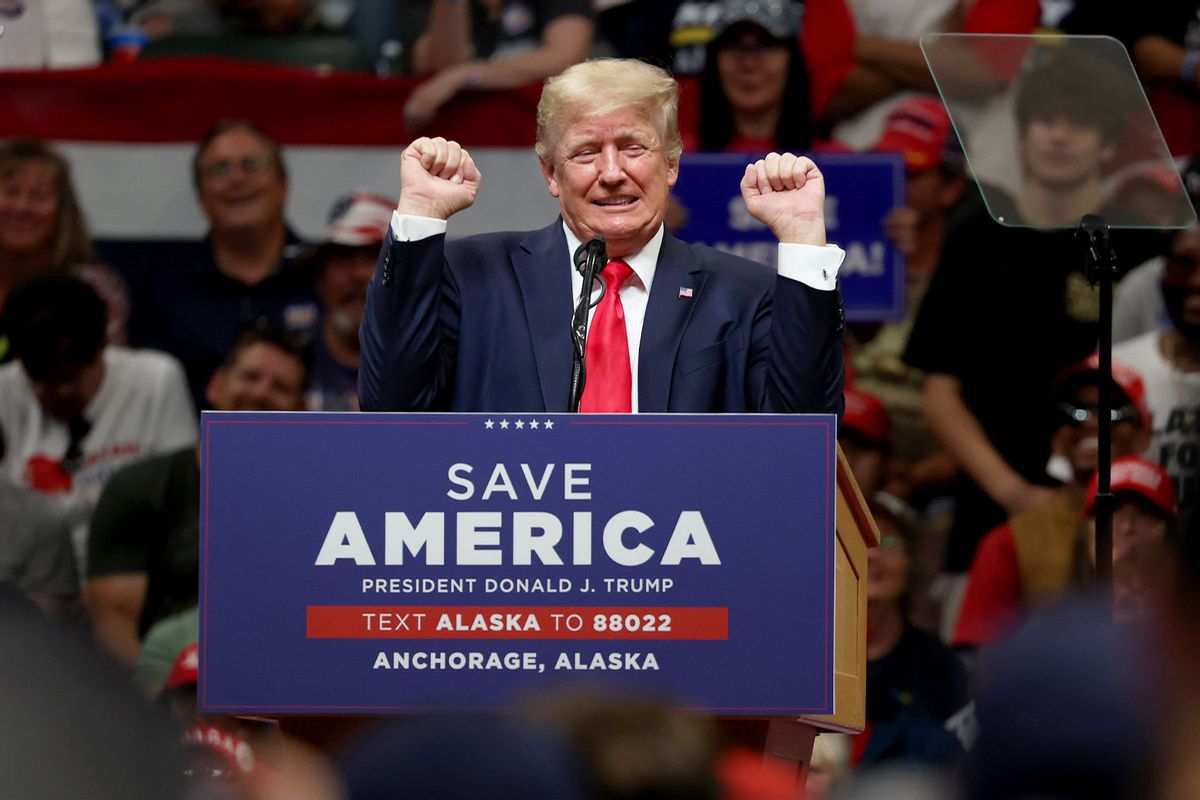 Donald Trump could be reclaiming his grip on the Republican Party, according a straw poll conducted at CPAC in Dallas.

“Trump, who’s repeatedly teased making another presidential run in 2024 to try and return to the White House, captured 69.1% of ballots cast in the anonymous online straw poll, according to results announced by CPAC on Saturday,” Fox News reported Saturday. “The support for the former president, who remains the most popular and influential politician in the Republican Party and continues to play a kingmaker’s role in GOP primaries, is up from his 59% showing in the anonymous online straw poll at the CPAC gathering in Orlando, Florida in February. Florida Gov. Ron DeSantis came in second on the 2024 presidential nomination question, at 23.7%, down from his 28% showing at CPAC in Orlando five months ago.”

If Trump does not run, Florida Gov. Ron DeSantis leads the pack at 64%. Donald Trump, Jr. comes in at 28% despite having no relevant experience and Texas Sen. Ted Cruz comes in at 6%.

Mike Pence had the most embarrassing showing in the straw poll.

Jim McLaughlin, who conducted the straw poll, claims it is “the ultimate barometer of what’s going on in the conservative movement.”

More than half a million tons of grain exported from Ukraine, says UN

From time machines to threesomes: 12 of the…

I’m a shape-shifter because I look…

I Remember the Sweet Parts