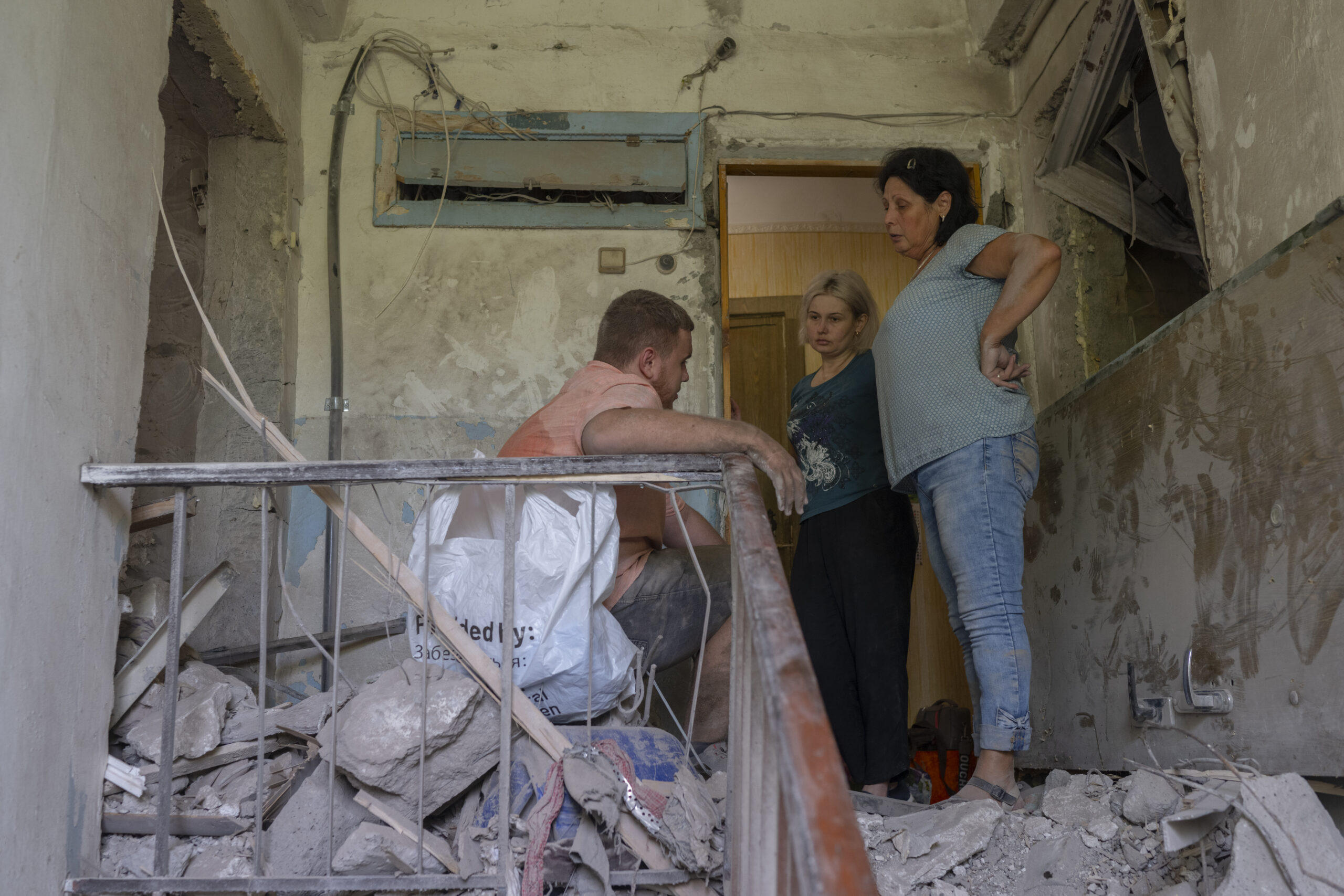 Here are the latest developments in the war in Ukraine:

Russian President Vladimir Putin and Turkish leader Recep Tayyip Erdogan pledge to boost political and economic cooperation, including in energy and trade, in a statement adopted following their second talks in 17 days.

“Despite the current regional and global challenges, the leaders reaffirmed their common will to further develop Russian-Turkish relations,”

the Kremlin says in a statement.

At the start of the meeting in Russia’s Black Sea city of Sochi, Erdogan told Putin he hopes to open a “different page” in ties between Ankara and Moscow.

NATO member Turkey has sought to remain neutral in the face of Moscow’s historic stand-off with the West over Ukraine.

It has hosted peace talks between Russia and Ukraine, and in late July brokered a UN-backed agreement to resume grain deliveries from Ukrainian ports.

Ukraine accuses Russian forces of strikes near a nuclear reactor at Europe’s biggest power plant at Zaporizhzhia in the country’s south, which has been occupied since the early days of the invasion.

“Three strikes were recorded on the site of the plant, near one of the power blocks where the nuclear reactor is located,” Energoatom, Ukraine’s state-run operator of the country’s nuclear power plants, says.

“There are risks of hydrogen leakage and radioactive spraying. The fire danger is high,”

it said, adding that initially there were no casualties.

The global nuclear watchdog IAEA has been trying for weeks to send a team to inspect the plant. Ukraine has so far rejected the efforts, which it says would legitimise Russia’s occupation of the site in the eyes of the international community.

Three ships loaded with grain for world markets leave Ukraine, the second departure under the deal struck in Istanbul in July between Moscow and Kyiv to lift Russia’s blockade of the Black Sea.

Ukraine is one of the world’s top grain exporters and the halt of almost all of its deliveries after Russia’s invasion on 24 February has sent global food prices soaring, making imports prohibitively expensive for some of the world’s poorest nations.

“Our main goal is to increase the transhipment volume in our ports. We have to process 100 carriers per month to be able to export the necessary amount of foodstuffs,”

Rights group Amnesty International tells AFP it “fully stands by” its accusations that Ukraine is endangering civilians by establishing bases in residential areas to counter the Russian invasion.

In Thursday’s report, which prompted a furious response from Kyiv, Amnesty listed incidents in 19 cities and towns where Ukrainian forces appeared to have put civilians in harm’s way.

Ukrainian President Volodymyr Zelensky equated the accusations to victim blaming. In his evening address on Thursday, he said the rights group had sought to offer “amnesty (to) the terrorist state and shift the responsibility from the aggressor to the victim”.

Ukraine’s southern city of Mykolaiv is placed under curfew by the local authorities from 11:00 pm (2000 GMT) on Friday until 5:00 am (0200 GMT) on Monday following Russian bombardments overnight with widely-banned cluster bombs and heavy artillery.

Mykolaiv — which has been attacked frequently — is on the main route to Odessa, Ukraine’s biggest port on the Black Sea, and is the closest city to the southern front.

Shelling also continues in several towns and villages in the east, including Nikopol and Kryvyi Rig, in Zaporizhzhia, and Ukraine’s second city Kharkiv, in the northeast.

When is the first day of school for St. Louis-area districts?

After Samsung Unpacked: What does the foldable…