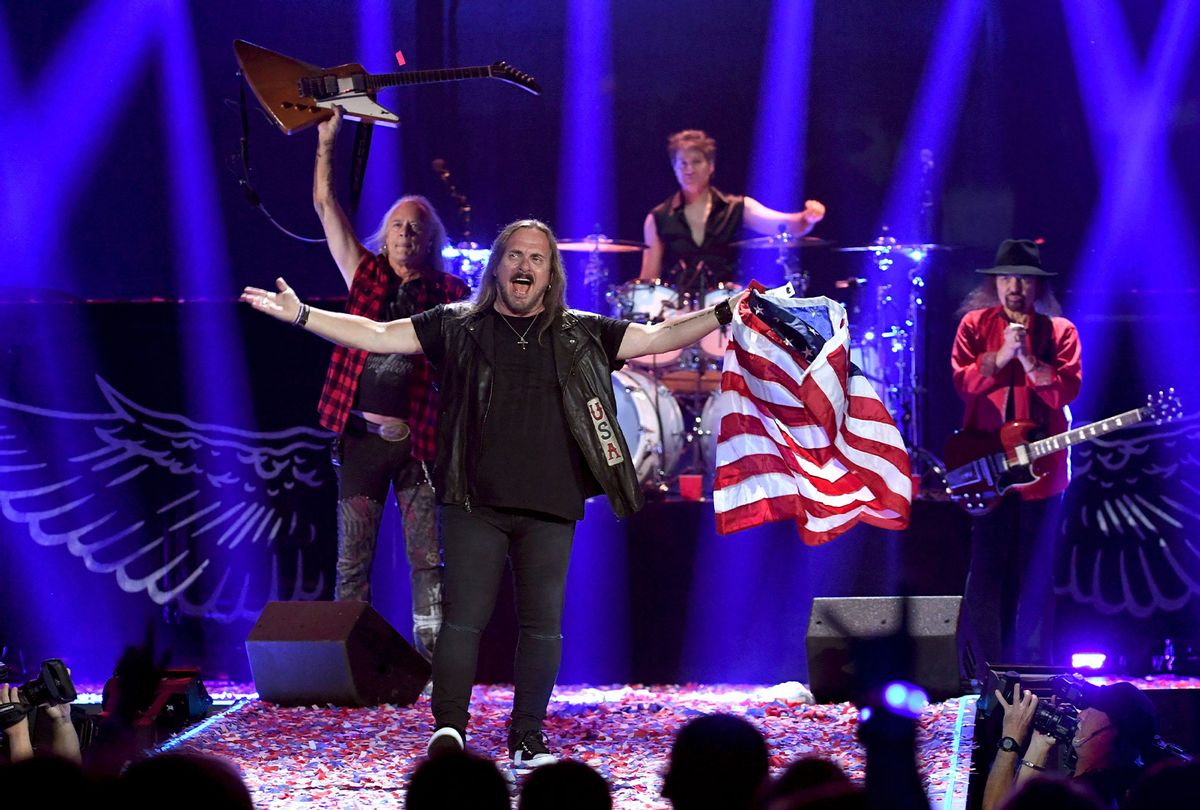 Everyone has a pet theory or two about what has gone wrong in America. And by America I of course mean the United States of, discounting the other 34 countries of the Americas — which speaks to our exceptional self-centeredness, which might in fact be seen as one of the overarching reasons why the country has gone to pot. Not only do we harbor a fervent belief that we have nothing to learn from others, we barely comprehend that they exist.

With the Republican Party’s platform morphing from obstruction to fascism (e.g., CPAC is planning a spring fling in authoritarian Hungary), citizens losing their minds over wearing masks and talking up anything but a safe and free vaccine in a deadly pandemic that has taken more American lives than were lost in our Civil War (in an era before doctors could do much more than use a saw), and school board members facing violent threats for supporting basic inclusion and diversity efforts in public schools — for many, the concept of American exceptionalism has been turned on its head.

One could easily contend, as was argued back in the day, that the country “went south” (literally) when it was first truly established because too much had to be given to the South to get the Constitution ratified. We are still suffering from those compromises, and still making them, to this day. America’s hidden wound, as writer Wendell Berry termed it, our collective unwillingness to fully acknowledge our history of slavery, is now producing the bad-faith arguments about critical race theory being taught in public schools and the banning of books that address the history of slavery in this country. This wound may prove mortal.

In what I wish were a side note, I will mention the insightful — and unfortunately highly pertinent to our era — article entitled “Who Goes Nazi?” by Dorothy Thompson, published Harper’s Magazine in 1941. If you’ve not read it, read it now, as if we were up against it. Because we are.

My few pet theories cannot compete with the increasingly bizarre QAnon-ish fantasies on the right, of which the less said the better. (I won’t bother to link to anything. Anyway, as we know all too well now: Do your own research!)

While there is still time, while we enjoy what could be the final days of this little experiment in semi-representational democracy, let me put a few lesser theories forward, just for the record. Lesser theories, one might say, from my admittedly lesser mind.

Was it the frat boys?

The serious lack of seriousness and misogyny inculcated by life in a typical fraternity during a young man’s college career has bled into most of our institutions, including Congress. The problem with many former frat boys is that they are never really former frat boys. Then, they were young and strong and could chug a beer without so much as a thought. Not thinking about things was a badge of honor. They look back on those years as defining and suffer at least a certain level of arrested development. In their underdeveloped minds, they are still gleefully cheating on exams, bragging about their sexual prowess, regularly using words like “pussy” and making the pledges’ lives a living terror. If you want to comprehend how dangerous they can be if they stumble into public service roles later in life, in the previous sentence just swap out pledges and swap in citizens. You’re done, pledge. Fetch me a beer.

I’m unhappily compelled to note that the current Congress has many members, both Democrat and Republican, a number of whom I admire, who went Greek in their college days. All I can say is that when I was pledge-class president in a fraternity, trying to get a group of a dozen pledges through a mind-bendingly idiotic and semi-dangerous Hell Week (only one guy had to be taken to the hospital), I determined that I would not be returning the next year and quietly let that be known to the active members. The upperclassmen brought down four or five of the more sober, sensible members to try to talk me out of it. So I’m assuming there are some sensible members who have not engaged in “the stupidification of the Right” as even Bret Stephens, a conservative voice at the New York Times, calls it. But for the most part, I think the frat-boy theory must stand, much as the endless influx of so-called Oxbridge graduates apparently leads to group dope-think within the Westminster Parliament. So, yes, go on and get me that beer. Speaking of which …

Perhaps it was light beer

I contend that the remarkable success of light beer around the era of Ronald Reagan has led to further gaslighting, a continual drift away from reality and an unremarked-upon underlying roiling dissatisfaction among U.S. males. They’ve been hammered their entire lives by the message that these weak froths “taste great and are less filling,” which is utter nonsense. Being of a certain age, these men first felt bamboozled and then likely hoodwinked, but they kept buying the stuff because, you know, sports.

Maybe there was another message being conveyed: We don’t need any darker brews around here, no swarthy beers, my fellow good European-descended sirs! Light is right! Someone on the right must have figured out that if you could get men to believe that these watery brews were beer, you could get them to believe anything. Even younger men began falling for the light beer marketing onslaught (see above: Frat Boy Theory). Again, the lack of flavor created an unrecognized deep, underlying dissatisfaction with life’s prospects, like that “incel” thing, but with beer. Light beer is to beer what viewing porn is to having sex — you’re definitely going to end up feeling disappointed. The advent of an unending panoply of delicious (and, yes, sexy) craft beers, enjoyed by younger Americans (the 18-40 demographic accounts now for 31% of voters), sometimes brought away from “microbreweries” in “growlers,” no doubt overwhelms and enrages the ever-aging cohort of light-beer quaffers, whose lives were stolen from them, so they irrationally demand, you know, MAGA. Don’t forget where Hitler and his swell pals worked up their grievances into an incoherent conspiracy theory–fueled rationale for ruthlessly murdering, plundering and conquering the world — in beer halls. Beer matters.

When St. Louis Cardinals centerfielder Curt Flood sued Major League Baseball, in 1970, for his independence from the reserve clause, which left all decision-making about his career to team ownership, he never personally enjoyed the fruits of his labor. But other players did, kicking off the free agent era and elevating salaries for professional athletes. Interestingly, in that same era corporate heads looked around and muttered to themselves they should be paid more, and we saw the relative pay of CEOs and other corporate executives grow exponentially, leaving their workers far behind.

When Flood was pleading his case for freedom as an independent contractor, a top executive’s salary was roughly 30 times the pay of their lowest-paid worker; now it is nearly 400 times higher. Corporate America’s most devoted lackeys in Congress would later come to call these men “job creators,” as if they were demigods. (I didn’t mention that many of these liberated athletes were people of color because, you know, that might sound like some CRT tangent and be upsetting for some folks. I just want a little credit for not bringing it up. Now, get me one of those craft beers, will you? If it’s going to cost $10 for a beer at the ballgame, it might as well taste like something.)

Service with a smile

The culture and traditions of the American workplace have always been linked with the slave economy, and our expectations as consumers of endless “service with a smile” fit right in with that owner’s mentality. Think of Brad in “Fast Times at Ridgemont High,” berated by a smirking customer who demands his money back, and not being backed up at all by his manager. Or think of me, as a young man working in a New York City restaurant and taking over for a female colleague who was in tears after being harassed by a four-top of coked-up Wall Street characters. One of them thought it would be fun to grab me by the shirt and pull me down close to his face to express his unhappiness that I was not the waitress he wanted to continue to harass. Now think of store clerks and line cooks and flight attendants and nurses getting screamed at by endless streams of toddlers posing as adults. This is the attitude — on steroids, if not cocaine — that essential workers around the country have faced during the pandemic. As journalist and author Sarah Jaffe notes in an excellent interview with Ezra Klein, during the COVID crisis many workers learned that their bosses literally didn’t care if they died.

The Republican Party managed to make people think they cared about religion, grabbing their votes while they transformed God into a CEO who’s suitably impressed by your numbers and Jesus into a caddie waiting to serve your needs at the country club. (Much as I loved playing golf, what are country clubs but a somewhat more presentable version of the Old South plantation?)

You hear them whenever you drive across the country, especially outside metropolitan areas: Endless tirades from religious and political lunatics, for hours and hours. Just try to find an NPR station out there. It’s unbelievable.

Gosh, I really don’t mean to keep talking about the South. I loved that double lead guitar sound — I mean, back when I was a frat boy). But, really, it’s hard not to put at least some of the blame on Lynyrd Skynyrd, isn’t it? I know that statement will likely send some of their fans into a blind rage. So, listen, just give me three steps, mister.

Glasgow’s Cop26 ‘gold rush’: where will all the delegates stay?

US, Iran teams pulled into politics ahead of Tuesday match

These 5 Winter Trends Are Aspen-Approved

How cryptocurrency has revolutionized the gaming…