Woman confronted in the gym over ‘offensive’ outfit 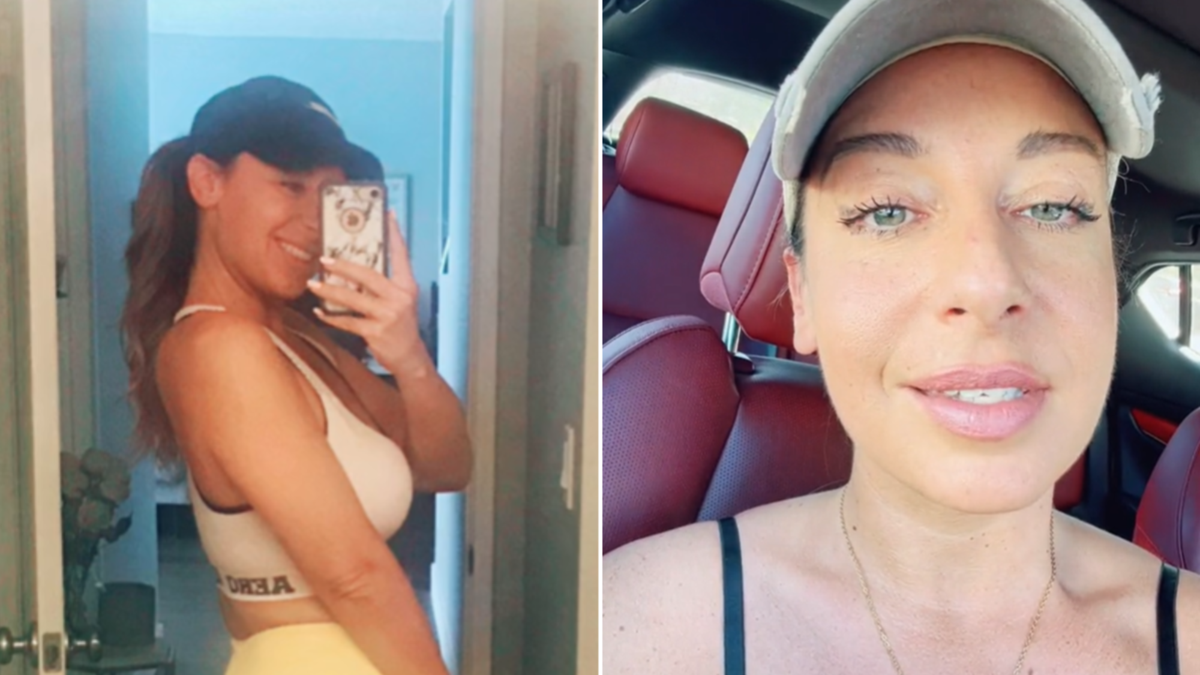 A US woman has opened up about an “uncomfortable” gym encounter that left her feeling ashamed when she was confronted for wearing a popular pair of leggings.

Kerry Rose Schwartz says she has struggled with body dysmorphia most of her life, making finding a gym she felt comfortable in a difficult task.

WATCH THE VIDEO ABOVE: Woman ‘shamed’ over gym outfit.

She thought she had struck gold when she finally found a venue she enjoyed and “it changed my life”.

But that elation was soon quashed when she says she was “shamed” for wearing leggings, and felt so uncomfortable she never wants to go back.

In a viral TikTok asking for advice, Schwartz says she was wearing a sports bra and leggings combination – a common outfit among women at the gym – when the manager approached her to say members reported feeling uncomfortable.

“The owner comes up to me and is like ‘Hey, listen we’ve got to have a quick chat’,” she said.

“I could sense that something was wrong because the conversation got uncomfortable really quickly.”

Schwartz said the owner said they needed to talk about her “dress code”.

The owner reportedly told Schwartz other members thought her leggings were “distracting” and “offensive”.

“My initial reaction was like shock and confusion and then it was more embarrassment,” she recalled, adding the gym was meant to be a “safe space” with no judgement.

Schwartz shared her confusion, saying “I wasn’t wearing anything that was inappropriate” as she asked for advice on her outfit.

“If I was walking around in a thong or something then maybe I could understand … why am I being shamed by this? Especially in a gym,” she asked.

Users quickly jumped to defend her clothing choice, with many labelling the members who complained as jealous.

“Those pants do not offend me, I think you look great,” one user said.

“Gym owner here. Nothing wrong with what you’re wearing. Only thing that’s wrong is their insecurities.”

Influencer calls out Disneyland for ‘body shaming’. So, was she in the right?

Date’s ‘creepy’ act with AirPods leaves woman ‘freaking out’: ‘What the actual f***’

Denial of responsibility! Yours Bulletin is an automatic aggregator of the all world’s media. In each content, the hyperlink to the primary source is specified. All trademarks belong to their rightful owners, all materials to their authors. If you are the owner of the content and do not want us to publish your materials, please contact us by email – [email protected]. The content will be deleted within 24 hours.
FitnesslifestyleNewsworld news
0
Share